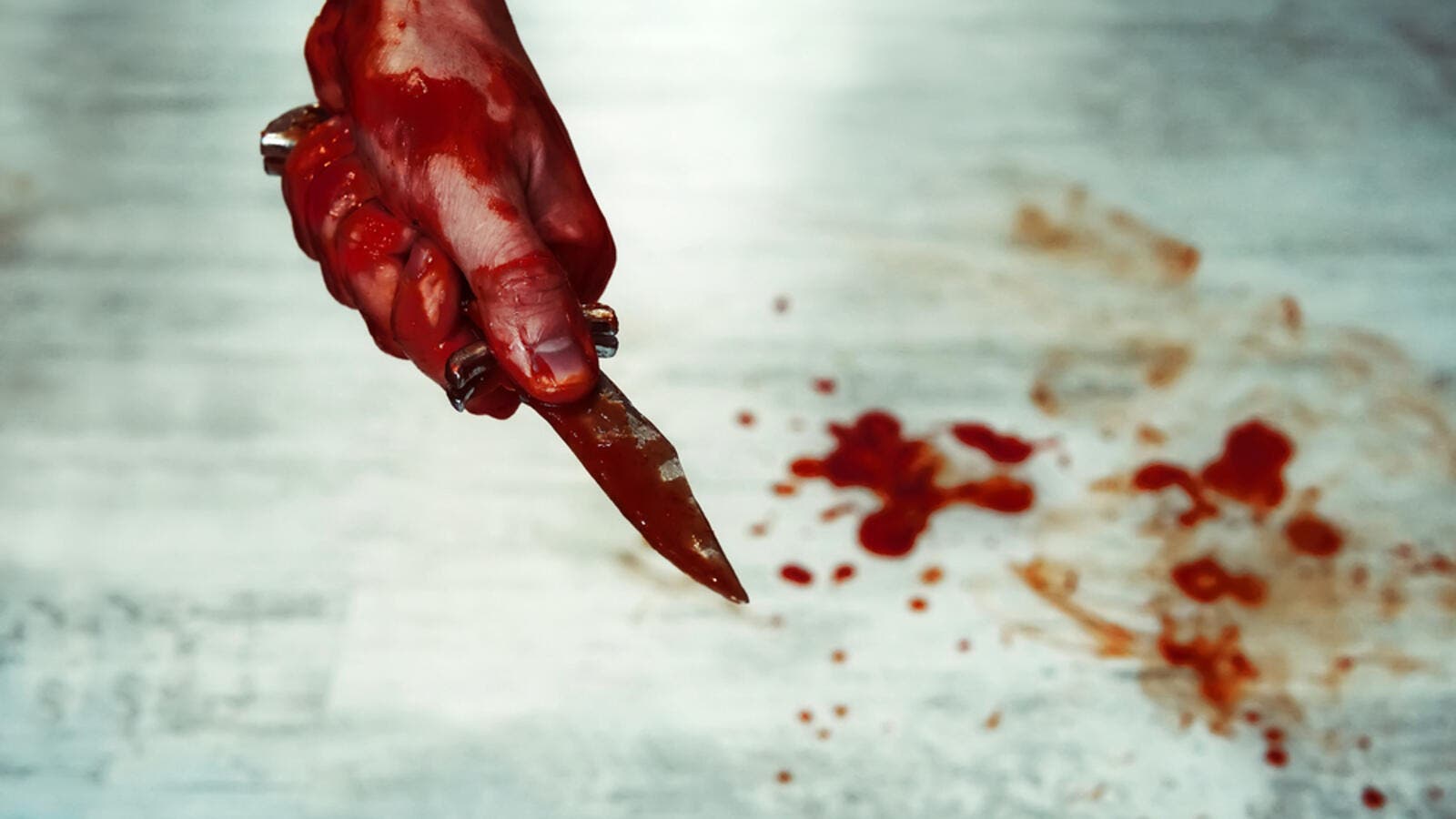 A murder investigation has been launched after a woman was stabbed and a 14-year-old boy was attacked during the England-Sweden match yesterday.

The woman, 54, suffered stab wounds and was declared dead at the scene and the teenage boy is being treated in hospital.

A 32-year-old man has been arrested on suspicion of murder.

Police set up a corden after they were called to the scene at 3.45pm at a new build housing estate in Aylesbury, Buckinghamshire as millions around the country were watching the last minutes of the first half of England's quarter-final game.

Forensic investigators in white suits where seen scouring the area and officers were conducting door-to-door enquiries.

The relatives of the victims have been told about the harrowing attack and were being supported by specially trained officers.

The 14-year-old boy remains in hospital with non-life threatening injuries.

Detective Superintendent Ian Hunter, Head of the Major Crime Unit at Thames Valley Police, said: 'I understand that this incident will cause concern in the community, but I would like to reassure people that we believe it to be an isolated incident.

'We have launched a full investigation and have made an arrest.

'We currently have a number of police officers at the scene carrying out enquiries, and I would encourage anyone with any questions to feel free to approach them.'