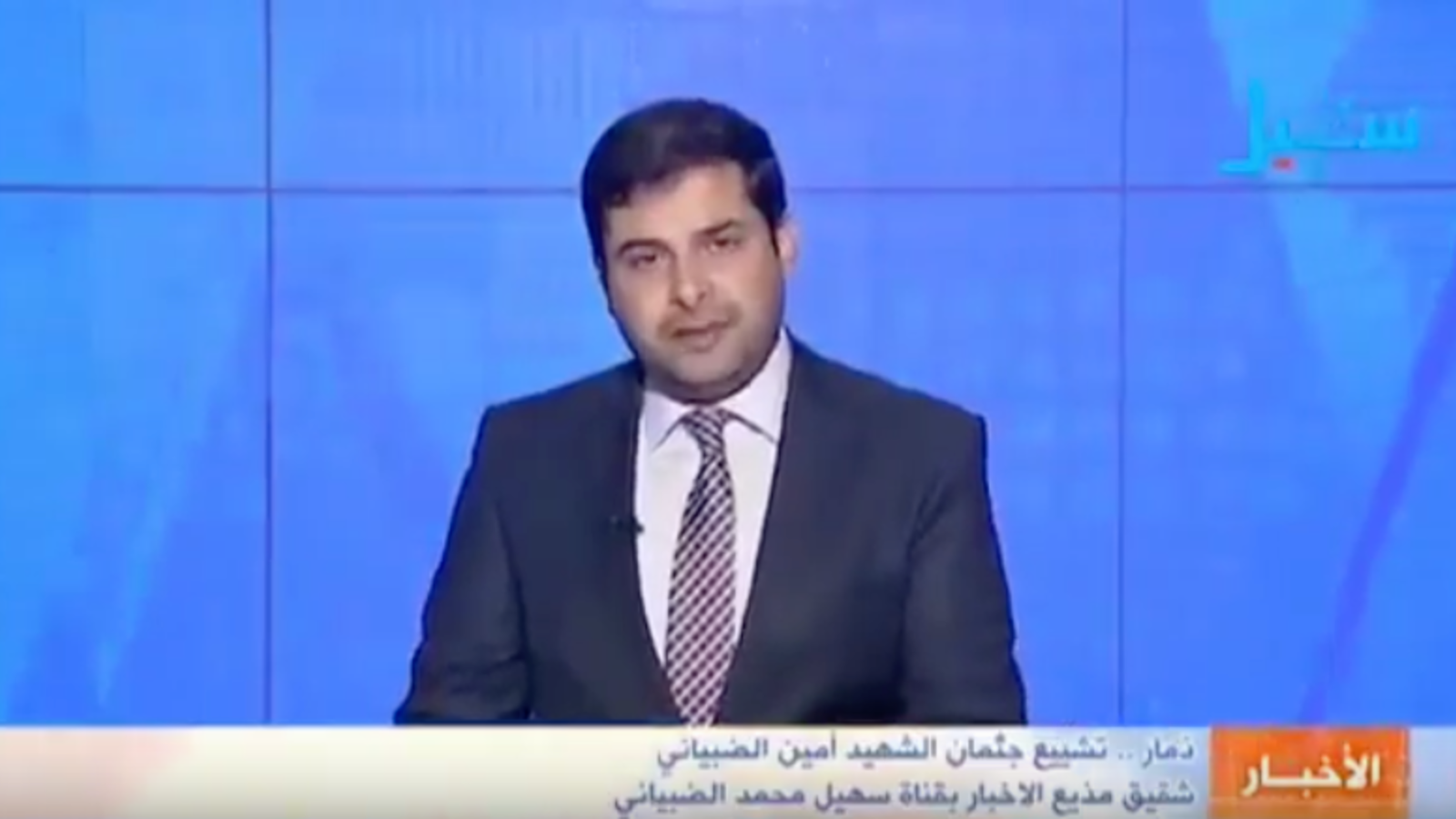 A news anchor in Yemen faced the difficult task of reporting the death of his younger brother during a live broadcast, for the second time.

Mohamed al-Dhubyani, an anchor for Yemen's Suhail TV, tried to keep his composure last week as he delivered the heartbreaking news about the killing of his brother Amin in Sanaa while fighting back tears.

Mohamed said his brother's only sin was that he was a journalist who opposed Houthi militias, in an interview with Al Arabiya.

His other brother Ahmed had joined resistance groups in Marib where he fought to defend the city but was killed on Sept. 18 in 2015.
That's when Mohamed had to report the death of his brother Ahmed live for the first time about two and a half years ago.

Mohamed carries on in his work of reporting the war in Yemen, and says that unity is the way for Yemenis to eventually defeat the Houthis miltants and to overcome the wounds inflicted by them.