7 Reasons to Visit Jordan to Understand the Arab World

I can still remember Amman's airport before its 2013 expansion. Twice did I land or depart from its crowded walls. There were no restaurants per se, only a very small food court. Security lines were often packed. The interior itself, while clean felt reminiscent of the 1970's, like a Soviet corridor. Or maybe it felt that way because the first time I flew into Amman, I was detained.

The customs officer was polite, speaking fluent English while sporting a close crop of hair. He looked at my passport photo. He looked at me. At the time I spoke no Arabic and was so nervous I could only smile.

"Okay," he tried, gently placing a pen in my hands. "Can I have your signature. It should match the one in the passport?"

I bent and dutifully inscribed the black of my name on crisp paper. He looked at the wet writing. His eyes scanned my documents.

"Could you please take a seat, sir? I'll call you back to the desk."

I was 24. First time in the Middle East. First time my papers were double-checked. First time I was called into a backroom behind the passport control booth. There was smoke everywhere. A bulkier gentleman looked at my passport photo, then glanced at me with polite affection. "This," he pointed at the monochrome image. "Who is this?"

He looked again. A portrait of His Majesty loomed above us, so colourful in a room so grey.

He had to make a decision. "No problem," he chuckled. "Welcome to Jordan."

We laughed together and I shook his hand. "Shokran." The Arabic word for giving thanks. That I had learned.

He placed a hand on my shoulder in a gentleman's embrace. "Afwan!"

And that was it. I passed the gates, collected my luggage and was on my adventure, with the first experience being a cab ride with a friendly driver who assured me that sharing a cigarette with him would be harmless and "good for the heart!"

The point of this little anecdote is not to condemn the customs officer or his superior for doing their jobs, nor is it to scare anyone away from a country I have gotten close to. On the contrary. The customs officer wanted to let me in, but he hesitated until someone more experienced could assess me.

For the Hashemite Kingdom of Jordan, security remains paramount. Location means it is better to be safe than sorry, and it is for that reason that Jordan remains an exciting Arab experience in the midst of a region ongoing unprecedented change. With that in mind, here are the top seven reasons I've experienced for visiting or even settling in Jordan. 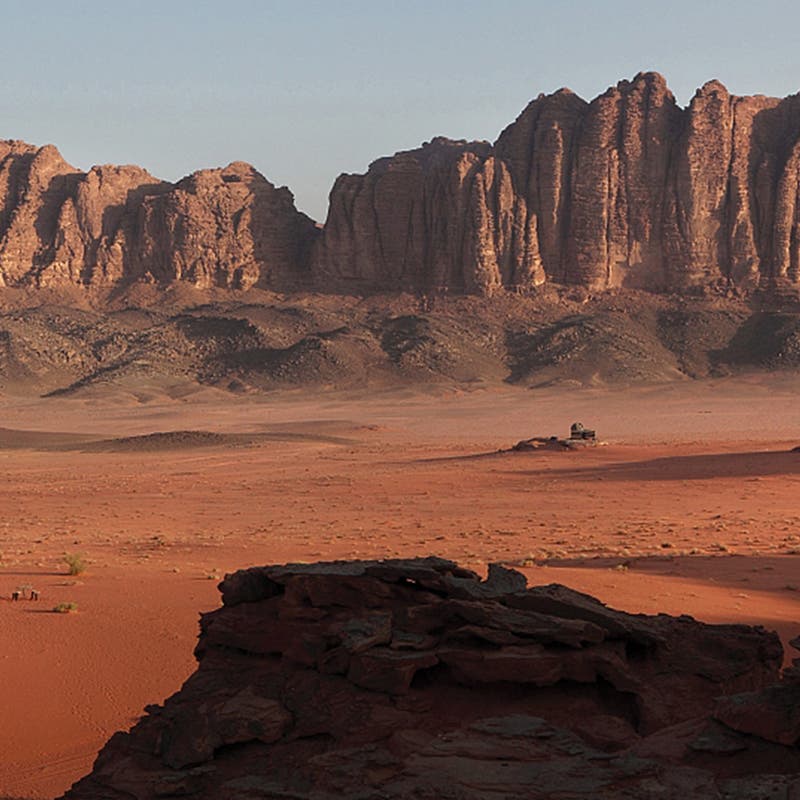 When Westerners think of a vacation in the Middle East, they'll often go for Dubai. The package deals, the air conditioned hotels, the pubs--just like home. Well, Jordan isn't just like home! Yes, there's City Mall and Mecca Mall, yes there's the Hyatt (or Ibis for us humble researchers). But underneath that there is culture.

What some may call modernity has not razed the historic architecture that stands as witnesses to the conquests and survival of Arab culture.

What some may call modernity has not razed the historic architecture that stands as witnesses to the conquests and survival of Arab culture. There are Roman ruins right in Amman, maybe 5 minutes from your hotel. 30 minutes away from the capital is Jerash, the remains of a Roman city that always takes my breath away. Can you see Roman ruins in London's business district? Can you climb the steps of what use to be London's amphitheater? 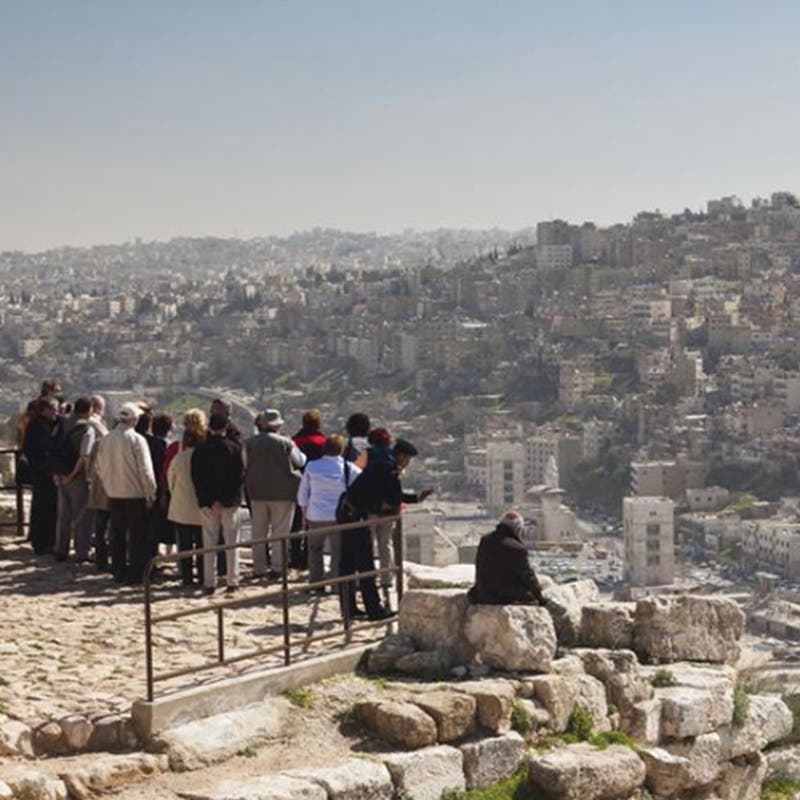 Looking out over Temple of Hercules, Central Amman /AFP

Compared to some MENA states I've visited, Jordan feels real. Take a trip to Downtown or Wast al Balad and you will become one with the crowds of locals.

The buildings are old and worn, the roads trafficked and manned by police, the souvenir stalls offering old bank notes from toppled dictatorships. Nothing is too glamorous. Nothing feels artificial or decorated to be oh-so-pleasing to a tourist's eye. Because the life of oil wealth, high rise malls and Mercedes Benzes is a privilege very few Arabs have. For the rest, there are ups and downs, good and bad, which is reflected in the hustle and bustle of a real Arab city. Welcome to it. 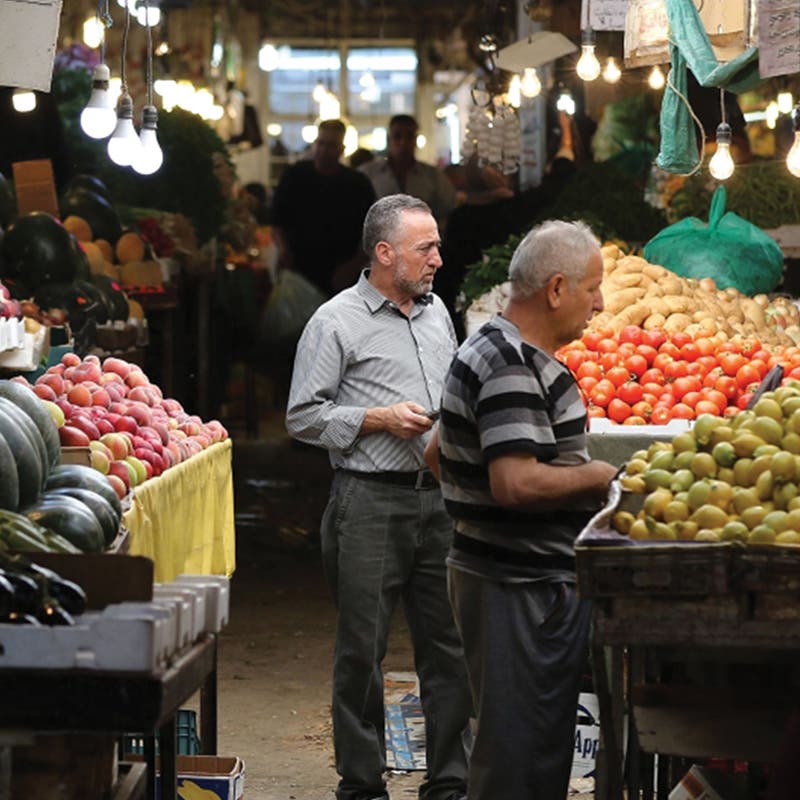 When John Stewart interviewed Jordan's King Abdullah II he asked His Majesty to give American viewers a sense of Jordan's location. The King's reply was: "We're located between Iraq and a hard place." He was only half-joking, of course. Jordan is sandwiched between Iraq, Syria and Saudi Arabia. Two of those three states are undergoing armed conflict and political instability.

When Saddam Hussein was toppled from power, enough wealthy Iraqis entered Jordan and bought up apartments to permanently increase property prices in Amman. Nonetheless, Jordan remains stable. I have walked back home from Third Circle to Jebel Webdeh at 1 am. I felt warm. I felt tired. I did not feel unsafe. 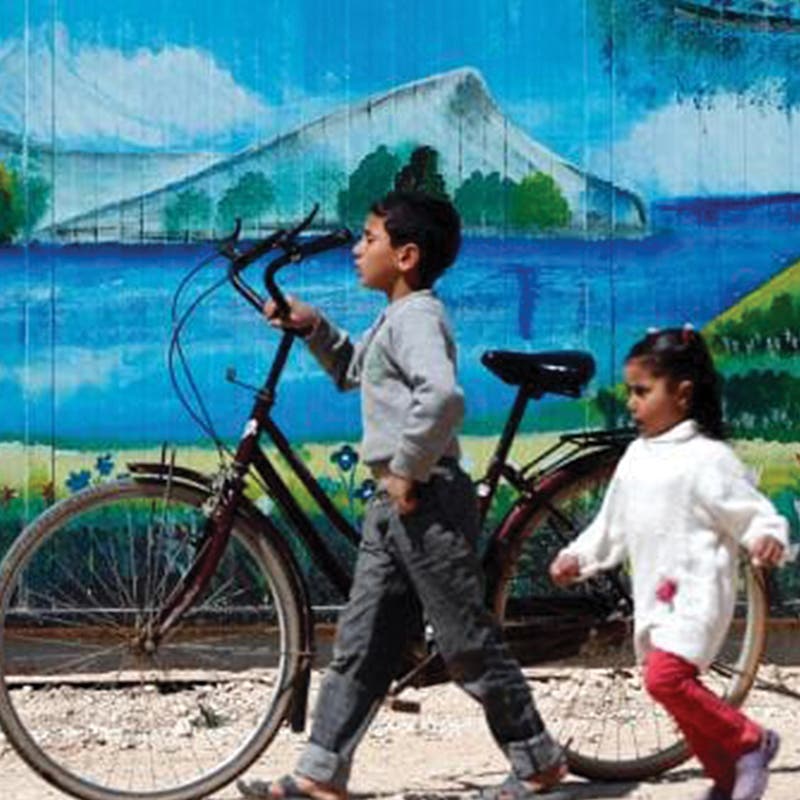 Within a year of living in Jordan, my impression was that it is a country that captures the pulse of the MENA region. Jordan is not only the home of Jordanians. It has become the home of Iraqis, Egyptians, Syrians. In addition, it remains a popular tourist destination for Arabs of the Gulf. In a state where the summer can reach 45 degrees Celsius, Gulf Arabs or Khaleejis come to Amman to escape the heat of their own countries. After three years, you get a sense of who comes from where. A brief conversation with a waiter identifies his dialect as Iraqi.

As I give a Gulf Arab directions to City Mall, I notice his robe and patterned hat. He must be from Oman. A chance encounter at Safeway supermarket with an elderly gentleman piques my interest. He is wearing a short, red woolen hat capped by a button. His dialect seems to have one or two phrases that sound Italian. He must be from Libya. You don't travel abroad to spend all your time with the familiar or with other expats. Perhaps you don't have time to visit the rest of the Middle East. Jordan is not just the Hashemite Kingdom. It is a mosaic and the beating heart of many nationalities. You will hear Egyptian. You will try Lebanese and Iraqi food. You may struggle to understand the dialect of a Yemeni. Though, I can assure you that when you argue with your cab driver, he will most certainly be Jordanian! 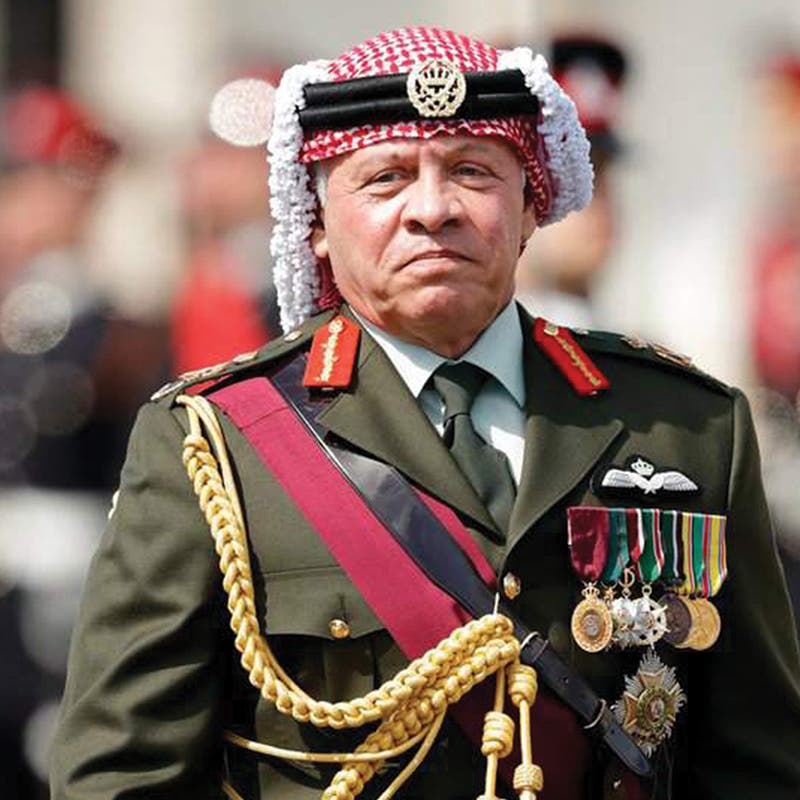 After my fourth point, the idea of nationalism may sound a bit contradictory. However, it is worth mentioning that if you ever study Arabic, you will start to get an ear for dialects. Once that happens and if you have the fortune of picking up a Jordanian friend or guide, you may leave the capital, Amman for somewhere other than the Dead Sea. You will hear different dialects, local dialects. You can travel to Salt, the former capital and hear people still use the term Lire from the Ottoman period instead of charging you in Dinars.

You can start to see how different cities function, including those without tourism. There's nationalism. There's Arabism. But a tour of the country revealed to me the strength of community ties and identities, from towns to extended families. This unique point of the Arab world taught me how local identities can be. It's not just about being Jordanian. Your nationality must co-exist with your sense of family, dialect and extended community. To make the best of your time outside the capital, befriend a local who can act as a guide beyond the structured walls of the capital. For me, that guide was my wife. 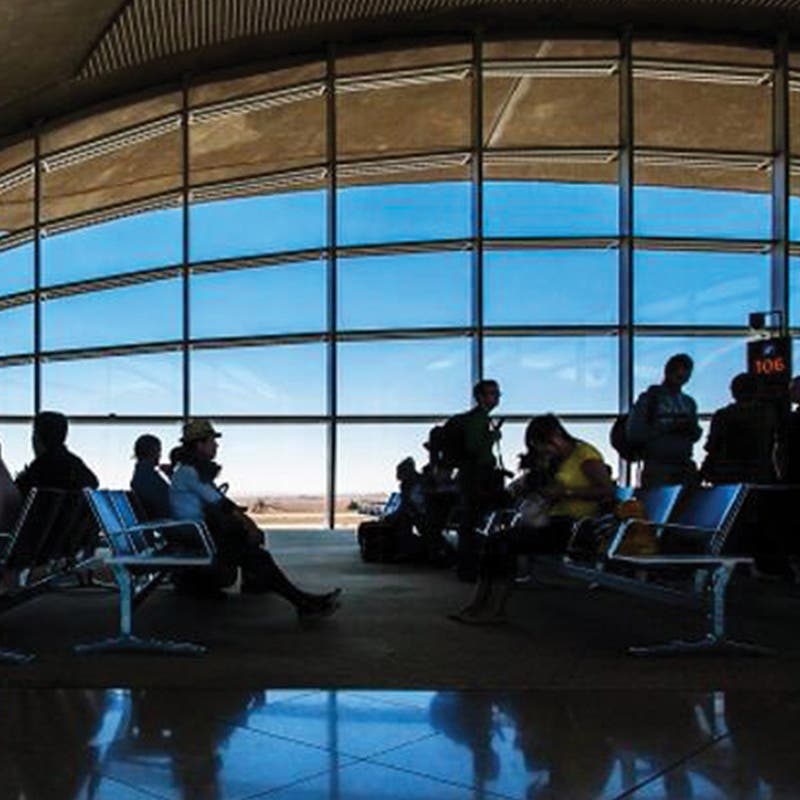 At the heart of the MENA region, visiting other Arab states from Jordan is easier, quicker and I dare say cheaper. In my first year, I visited Cairo and Beirut. When it started snowing in December 2013, I swapped the cold for the 30 degree warmth of Oman's capital, Muscat. I flew to Kuwait in the spring. My wife and I went to Turkey for our honeymoon. In all cases, the flight was less than a few hours. 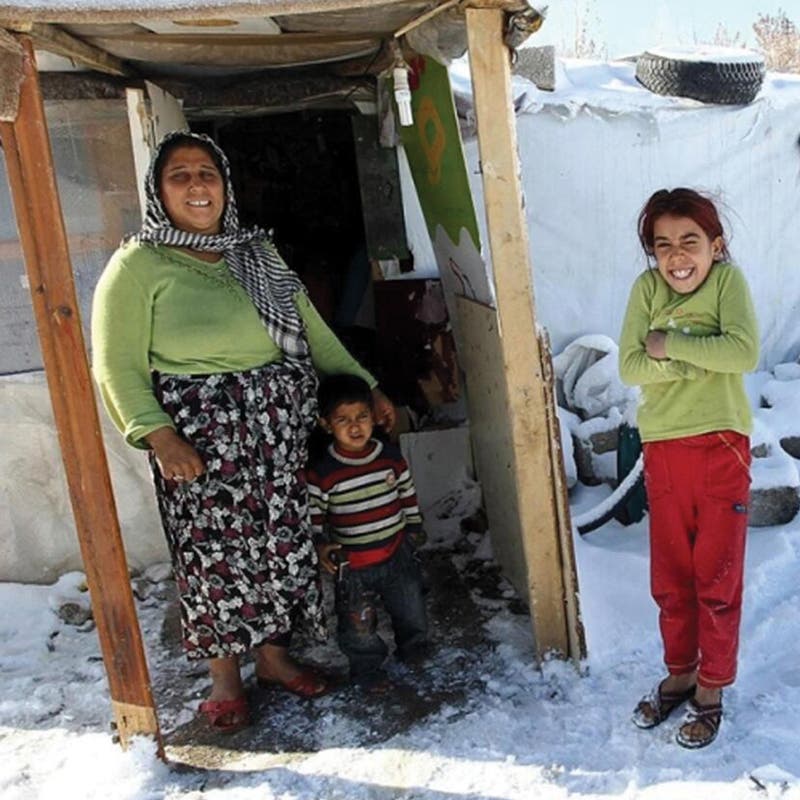 To this day, when I recall my first trip to Amman in November, I felt like an idiot. Apart from a light suit for the conference I was attending, I'd packed enough sun cream, sunglasses and summer shorts for a month in Hawaii. Then, I got to Jordan. It was less than 25 degrees. It was raining. Within a month, I awoke in my room to see snow outside my window. I'm guessing the image of scorching desert us Westerners have in our minds comes from things like Lawrence of Arabia and maybe the Gulf. But many people forget that in the Levant it will get cold. It will snow. What does this mean?

Within a month, I awoke in my room to see snow outside my window

If you are in Jordan for an extended period, you can move about more comfortably than in the Gulf, as long as you bring a jacket during those cooler months. There is dryness throughout the year, including the winter.

For those of us that have grown up with wet autumns and mild summers, this can take some getting used to, but going out when it's 2 degrees is far easier than stripping down for 30 degrees in the Gulf. There are long summers, from April till September. I suppose September till November can be seen as Jordan's autumn before winter sets in from late November till March