Published May 30th, 2021 - 09:21 GMT
“Kings of the Sun” exhibition in Prague (Twitter)
Highlights
The exhibition’s inauguration coincided with the 60th anniversary of the start of Czech archaeological work in Egypt.

All tickets for the “Kings of the Sun” exhibition in Prague have been sold out until June 6, according to Egypt’s Ministry of Tourism and Antiquities. 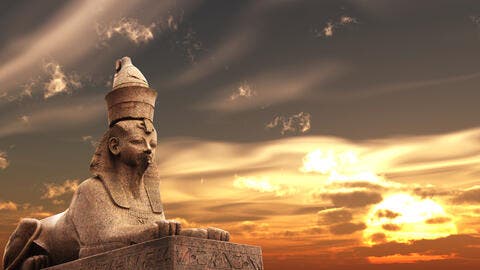 Dozens of ancient Egyptian artifacts to be displayed in the National Museum of Czech Republic’s #Prague, as the city prepares for the 'Kings of the Sun' exhibition https://t.co/b2x8T4SO18 pic.twitter.com/bKDOxhIVRt

A large number of Czechs have visited the exhibition, said Mostafa El-Wazeeri, secretary-general of the Supreme Council of Antiquities, adding that it had attracted around 10,000 people since the show reopened on May 4.

Ibrahim Mostafa, the inspector escorting the exhibition, said around 400 people were visiting every day.

I was was honored to participate in the inauguration of “Kings of the Sun” Exhibition, the first to be organized by the ministry in the Czech Republic, with HE the Czech Prime Minister and ministers from the Czech Republic. It is held in the National Museum, in Prague. pic.twitter.com/04ANryTEJJ

On display are 90 artifacts that were unearthed during excavations in Abusir by the Czech mission, including a basalt statue of King Raneferef. 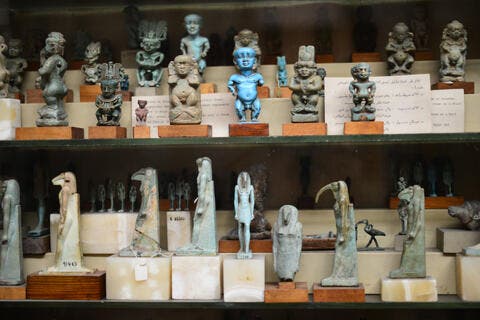 The exhibition’s inauguration coincided with the 60th anniversary of the start of Czech archaeological work in Egypt.

The aim of the show is to offer Czech visitors a glimpse into ancient Egyptian civilization and encourage them to visit the country to see more of its monuments as well as enjoy its beaches and landscapes.