Sheriff's deputies and a wildlife trapper were summoned to a Florida post office when a customer who came in to mail a package discovered a 7-foot alligator in the lobby. 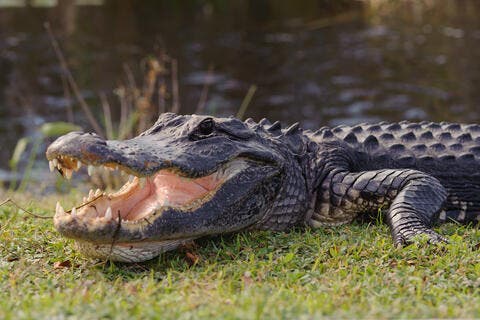 What is This Alligator Doing in The Florida Fire Station?

A Florida post office had an unexpected visitor: a 7-foot alligator.https://t.co/VNthtiIZwG

The Hernando County Sheriff's Office said deputies responded to the post office in Spring Hill after a patron reported a gator wandering in the lobby.

The sheriff's office said the post office has automatic double doors that likely allowed the alligator easy entry into the building.

A #Florida sheriff's office posted a photo of a 7-foot alligator at a U.S Post Office facility 🐊 https://t.co/VZbazgjJEG

A wildlife trapper was called to the scene and safely escorted the gator out of the building, the sheriff's office said.