An independent platform showcasing the work of Syrian artists living in Turkey due to the civil war in their country is helping to bridge cultures beyond discrimination and prejudice. 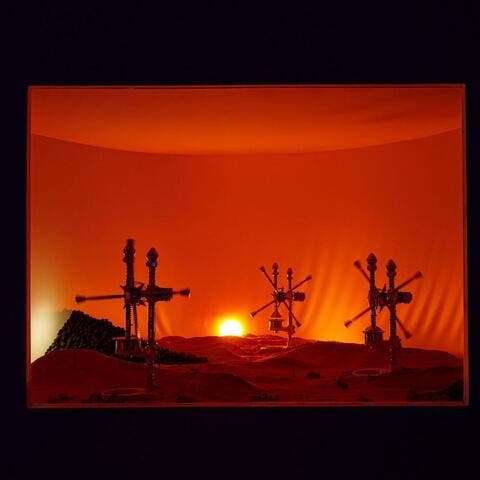 Arthereistanbul was founded by Omar Berakdar, with the not-for-profit cultural hub in the Kadikoy district of Istanbul on the Asian side providing Syrian refugees with a second home to develop their practice, reconnect through a common space and encourage dialogue.

Berakdar is a Syrian photographer who trained in media art history at Donau University in Krems, Austria.

He has co-curated and been involved in several art projects in Syria and Turkey. He is also a collector of photographic heritage.

“Arthereistanbul was initially founded in 2014 by Syrian artists, and for Syrian artists, in order to serve as a point of encounter for artists facing the challenges of not having a place to work and develop their practice after leaving their country and settling in Istanbul,” he told Arab News.

"Arthereistanbul is an independent, nonpartisan space for artistic creation, dialogue, and culture, far away from conflict and political rivalries," Omar Berakdar.

“Since then, the activities of the organization have expanded to encompass a broader conversation between artists and cultural practitioners regardless of nationality,” Berakdar said.

“Arthereistanbul is an independent, nonpartisan space for artistic creation, dialogue, and culture, far away from conflict and political rivalries,” he said.

“We are anchored in the present moment, serving the role of supporter and mediator, but keenly aware of the rich cultural and artistic diversity of the Middle East, which we conceive as historical geography, home to many cultures, without defined borders or binding ideologies,” Berakdar added.

The Roberto Cimetta Fund, for example, financially supports 12 artists each year to spend a month at Arthereistanbul working on a common project.

Berakdar, who has lived in Istanbul for the past nine years, fled from the Syrian regime’s crackdown on its society. As time passed, he met several Syrians displaced by the civil war and wanted to gather them around a common artistic place and to develop opportunities for them to meet and cooperate with Turkish artists.

As a multifunctional venue, Arthereistanbul, which has participated in several mainstream art exhibitions in Istanbul, exhibits the works of Syrian refugees and international artists.

Arthereistanbul hosted an exhibition of Turkish artists from high school grade between July 2-9.

“We have co-founded an NGO in Paris with the aim of supporting mobility, artists’ initiatives and immigrant artists,” Berakdar said.

“We cooperated with many international universities, art institutions and NGOs that share the same objectives of supporting art and artists and investing in cultural projects which benefit the local community,” Berakdar said.

Hundreds of Syrians, Egyptian, Turkish and other international artists have exhibited in the 300-square-meter workspace distributed over four floors.

“Our team, activities and exhibitions favor cooperation between artists from Turkey and artists from Syria; we did many collaborations with Turkish institutions such as Bilgi University, IKSV, Anadolu Kultur and the French Institute in Ankara,” Berakdar said.

“Throughout all these projects we have shown how the artists from the two countries can work together,” he added.

Berakdar said that discrimination can result from ignorance and lack of contact between people. 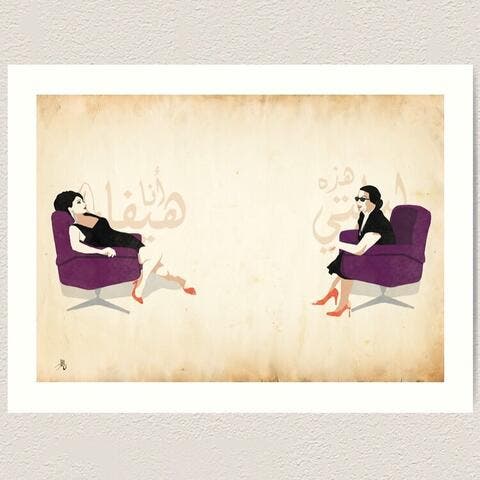 “Therefore, we find our project and activities very essential to reduce prejudice and bring understanding,” he said.

The project engages refugees in the international culture network and provides them with the opportunity to offer artistic works to the global community. Artists from around the world bring new ideas and concepts, and participate in the community that is hosting them because they want to be seen as useful and beneficial.