Artist Alicia Goveas Draws the Hypocrisy of the 'Influencer' Community

Published May 7th, 2021 - 05:37 GMT
Alicia Goveas. (Instagram)
Highlights
Sparking a conversation with her incisive takes on influencers’ feeds during the pandemic, Alicia Goveas has a lot to say

Tying up art and activism is tricky. Art isn’t always about morality but also about the act of creation itself. Creation is messy, grey and activism has defined lines, often drawn in black and white. Art is grey, it allows you to look beyond a rulebook. 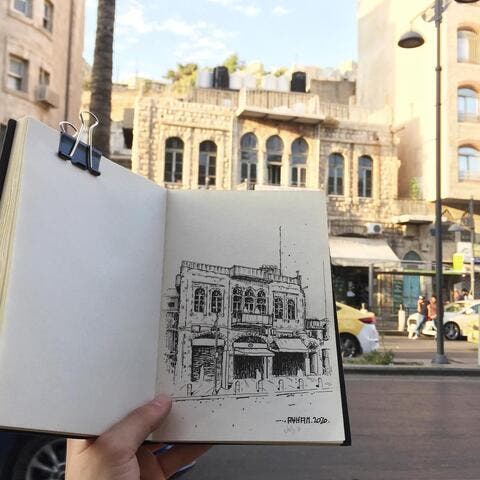 Dubai-based artist Alicia Goveas has found a way to mix both, with some interesting results. Recently, she did a series of digital drawings in which she spotlighted the hypocrisy of the ‘influencer’ community in the time of a pandemic. She drew contrasting drawings that struck sharp parallels between folks struggling for medical help on one side and influencers posting their perfect vacation photos on the other.

We caught up with Alicia and asked what went through her mind when she came up with the idea of drawing these polarities. Alicia has roots in India even though she is born and raised in Dubai. In light of the ongoing Covid crisis, Alicia stated that influencers, especially on Instagram, were not playing the role that she had hoped they would.

“I started off six years ago with an unplanned face painting job at a birthday party,” she says. “I loved doing art so much that I decided to pursue face and body art professionally. I’m self-taught, I studied YouTube videos and had to work other jobs to buy materials because these can be super expensive. It’s been a journey of a lot of hard work but a very rewarding one.”

While Alicia comes from a very supportive family, some of her teachers were quite sceptical of her ambitions to be an artist, who’d simply say she is too smart for it. “I didn’t know whether to take that as a compliment or an insult. How do people think art is less intellectual? It’s incredibly challenging and meaningful, it requires skill. My parents were concerned about the field because it’s not very lucrative but they have been nothing but supportive ever since they saw my passion for it.”

But it wasn’t just about creating beautiful paintings. “I think art is supposed to start a conversation or a movement,” the digital artist explains, “I worked on a series of these parallel stories in times of Covid.”

The imagery definitely drives the point home. On one hand, you have influencers laughing and smiling, showing their picture-perfect faces and on the other, you have news of people losing jobs, family members and their entire life’s work to Covid. Alicia herself was impacted by the pandemic. “I was someone who worked closely with individuals, face-to-face, and it impacted my work. I remember thinking I need to spread the word that we need to help each other in whatever way we can. But I began seeing posts on social media last year about people vacationing, posting pictures of food that they’re buying and fancy homes they’re shifting into. While I think that’s wonderful, to each their own, but if you have a massive platform, you invariably have a social and moral obligation. You not only influence their buying behaviour, but also their minds and mental health.”

Alicia remembers being quite affected. “I asked myself — how does this parallel world exist out there that is either not affected as much or is impacted but not thinking about how others are suffering during this time? What we share currently is so important. It impacts others’ well-being, thought process and happiness levels.”

India is currently facing a Covid crisis with hospitals collapsing, and citizens are increasingly taking to social media to send SOS messages. While Twitter has been inundated with SOS posts, Instagram is less activist-friendly. “I see posts from India about people sharing their needs to find a bed or oxygen cylinders and just looking for ways to help each other out — so I feel that there should be an obligation on the part of renowned influencers,” she says. “Even if we’re not helping directly, we need to be careful with what we’re sharing on social media during this time. That’s how I came up with this series. I wanted to show these two parallels. It sparked a controversy. But I wanted to get the conversation going.”

Did she receive any backlash? “I did,” she affirms. “I continue to. I’m very much a part of this community.” 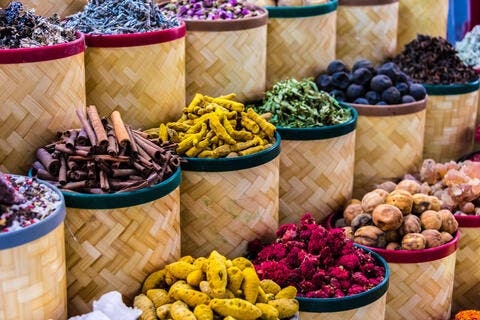 Feel The Art of Spices on El-Muez Street in Egypt!

Alicia accepts her role in being an influencer and has around 24,000 followers on Instagram, where she shares her artwork that she sketches on her iPad. “I have a sizeable following so I’ve always questioned my role when I share posts,” Alicia tells us. “I used to receive a lot of PR and makeup packages and I’d share them on my stories. People would reply to me saying, ‘Your life is amazing, how do we become you?’ and I remember thinking, ‘Oh my gosh, I am not being myself!’ Because I’m not sharing the days when I’m being a failure or when my skin has had a breakout.”

She also mentions that Instagram isn’t just about posting gorgeous photos, especially for those with a massive audience. “Influencers are being questioned now,” she says, “and this series is meant to make some of these folks uncomfortable. It’s meant to tell them, ‘Hey it’s not always about a paid review or a paid partnership. Maybe there’s more to this’.”

Pregnant Perrie Edwards Have a Glimpse of Her Lavish Baby Shower

Kim Kardashian Ensured All Eyes Were on Her Jaw-Dropping Figure