Refugees and asylum seekers in South Africa continue to live in fear of being attacked by xenophobic elements in the country where migrants are often targeted because of their nationality. 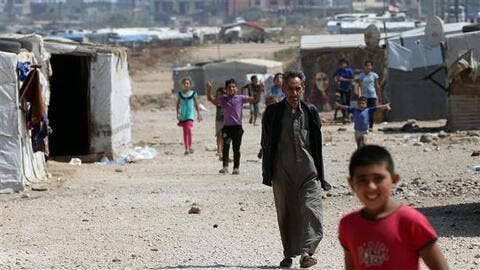 “Many foreigners came under attack recently in Soweto, a historic township south of Johannesburg,’’ Amir Sheikh, spokesperson for the African Diaspora Forum and leader of the Somali Community Board, told Anadolu Agency in an interview over the weekend.

Sheikh, whose organization African Diaspora Forum conducts regular visits to townships to raise awareness on integration and co-existence between migrants and locals, said some businesses owned by refugees were looted and they have not returned to the area since.

Today he trains youth teams in refugee-hosting communities in South Africa. Kids of all nationalities play on the same team.

When we all play on the same team, we shine.#WithRefugees pic.twitter.com/QhO95QFcfv

“Whenever elections approach, refuges and migrants live in fear because some politicians use them as a scapegoat for failed service delivery. They are accused of committing crimes, stealing opportunities meant for locals and even crowding social services,” Sheikh said as he speculated more attacks on migrants in the coming weeks ahead of the October local government elections.

He said his organization is working closely with local community leaders in an attempt to create peaceful co-existence between the migrant and local communities.

Sheikh also talked about a lot of prejudice against refugees and migrants in the country.

“Some believe they are here to take jobs from locals by accepting low wages, while others think those running small businesses want to outcompete local traders.”

He said Somalis, Ethiopians, Bangladeshis, Pakistanis, and some West African refugees and migrants are the most targeted foreign nationals in the country.

“These specific groups of refugees and migrants are particularly targeted because they happen to open businesses in townships (shanty towns) where there is high youth unemployment and high crime rates,” Sheikh said.

The Somali Community Board registered over 20 deaths of Somali nationals targeted and killed this year alone while they operated their businesses in townships, he said, adding Asian migrants and Ethiopians were also killed but they did not have their exact statistics.

Sheikh also clarified that besides xenophobia-related crimes, there is also a high crime rate in the country which could be associated with these attacks and murders.

Everyone has the right to a legal status & documentation. @UNICEF_SA and @ScalabriniCT provide critical communication to highlight resources for migrants, refugees and asylum seekers in #SouthAfrica.

“I have been attacked over six times since I came to this country eight years ago. I can’t go back home. There is instability there,” Ahmed Mohamed, a 47-year-old Somali shopkeeper, told Anadolu Agency in Tembisa, a township east of Johannesburg.

Like many refugees, when Mohamed arrived in South Africa from war-torn Somalia in 2013, he thought the bulk of his troubles lay behind him.

He had worked at a shop belonging to a friend from his country for three years before he finally scraped enough money together to open his own small store. But his shop was once swept clean by rowdy mobs.

“I lost all my stock in 2019 when looters stormed my shop. But I picked up the pieces and started again,” he recalled.

“If I had a better option, I would not be living in South Africa,” said a Congolese refugee who did not give his name but works as a valet at a mall in Johannesburg.

“I am not happy here. We are despised, but what can you do? We have families to feed,’’ he said.

In 2019, hundreds of Nigerian nationals were evacuated from South Africa after their homes and businesses were looted or destroyed by rioters. This nearly strained relations between the two power giants in the continent.

The South African government has often condemned the attacks on foreigners but at times police is accused of late response to incidents.

“I condemn the violence that has been spreading around a number of our provinces in the strongest terms. I am convening the ministers in the security cluster today to make sure that we keep a close eye on these acts of wanton violence and find ways of stopping them,” President Cyril Ramaphosa said in 2019 when anti-immigrant attacks spread across the country.

Ramaphosa said his government cannot allow attacks on foreign-owned businesses to continue happening in the country. “There cannot be a justification whatsoever for these attacks,” he said.

The former anti-apartheid activist whose ruling African National Congress party gained support from various African countries in their fight against apartheid immediately dispatched envoys across the continent to apologize.

South Africa is one of countries on the continent that hosts the highest numbers of refugees.

The majority of these refugees and asylum seekers are from war-torn countries such as Somalia, the Democratic Republic of Congo and Eritrea among others. 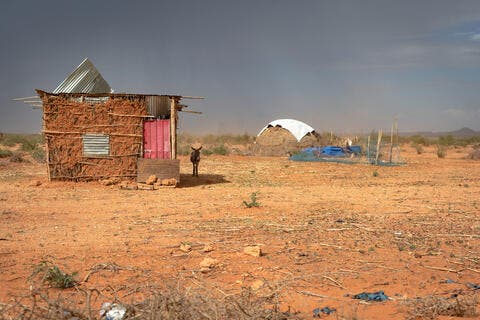 Climate Refugees are Not Considered Legal Persons Under International Law

They often work in the informal trade sector, operating mostly from rural areas, which make them a target of xenophobic attacks.

Migrant and rights groups in South Africa will use World Refugee Day to reflect on the plight of those forced to flee their homes under threat of persecution, conflict and violence.