Published June 10th, 2021 - 08:11 GMT
swastika (Shutterstock)
Highlights
He was sentenced to 19 months in prison for the glorification of Nazism and illegal firearm possession.

An Austrian soldier has been jailed for 19 months after getting a swastika tattooed on his testicle. 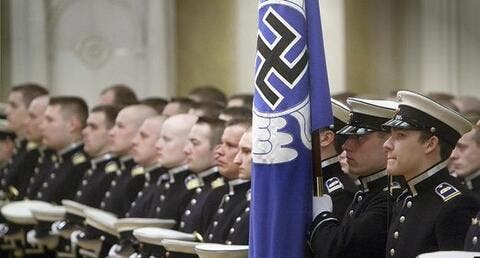 The 29-year-old drank two bottles of whiskey before his brother tattooed the banned symbol on his scrotum, the court in the city of Klagenfurt heard.

He posted a picture of the tattoo online and showed it off to army colleagues on another occasion while drunk on the final evening of a military exercise.

It would be fortunate for him if the authorities deemed the tattoo had to be removed, complete with body part, since it would give him even more in common with his hero.https://t.co/v8I3sTrwyK

The soldier, who has not been identified because of Austrian privacy laws, was further accused of posting Nazi photos at a Cold War bunker museum, drinking Hitler-branded wine and posting Nazi propaganda online.

He was sentenced to 19 months in prison for the glorification of Nazism and illegal firearm possession.

The defendant expressed remorse during the trial, claiming he was both 'sorry' and 'embarrassed' for his past actions.

He told the court: 'I just got in with bad company. For us, anything that wasn't allowed was something we gravitated towards, but we all underestimated enormously how much a mistake this was.'

It was only when the investigation of his tattooed testicle started that he realised what 'nonsense' the Nazi glorification was.

He added: 'Other than that, I can't give any reasonable explanation for why I did it.'

He also claimed he had stopped associating with the far-right eight years ago and stopped drinking heavily because of a previous stint behind bars for assault.

He also said the tattoo was no longer visible. 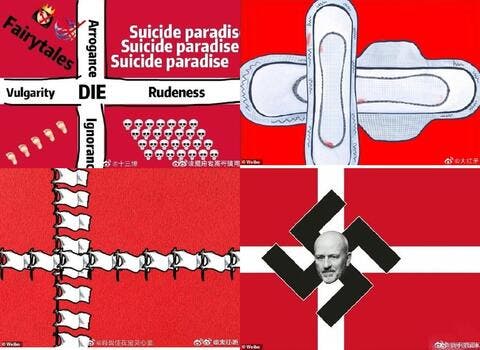 His lawyer, Franz Zimmermann, has said he will appeal the sentence.

Austria's National Socialism Prohibition Act of 1947 mandates prison sentences for those who try to revive or glorify organisations resembling the Nazi party.