Published August 31st, 2020 - 07:00 GMT
IPAF website
Highlights
The annual International Prize for Arabic Fiction (IPAF) is given to a novel in Arabic which IPAF's judges consider to be the best of that year.

A group of former winners, shortlistees, jury members, and former members of the International Prize for Arabic Fiction (IPAF) Board of Trustees called on the prize — the best-known Arabic novel prize — to stop accepting Emirati government funding, or any government funding, in light of the UAE-Israel “Abraham Accord” announced August 13, 2020 According to Arab Lit Quarterly.

The International Prize for Arabic Fiction (IPAF) is considered by many as the most prestigious and important literary prize in the Arab world.

Its aim is to reward excellence in contemporary Arabic creative writing and to encourage the readership of high quality Arabic literature internationally through the translation and publication of winning and shortlisted novels in other major languages.

The Prize is run with the support, as its mentor, of The Booker Prize Foundation in London and funded by Department of Culture and Tourism, Abu Dhabi (DCT).

The annual International Prize for Arabic Fiction (IPAF) is given to a novel in Arabic which IPAF's judges consider to be the best of that year.

The Prize is a trailblazer in the Arab world in its commitment to the independence, transparency and integrity of its judging process.

IPAF was launched in Abu Dhabi in April 2007. Its origin was a suggestion that a prize modeled on the internationally acclaimed Booker Prizes would encourage recognition of high quality Arabic fiction, reward Arab writers and lead to increased international readership through translation.

The winner announcement takes place at a gala ceremony in Abu Dhabi in spring. The shortlisted authors each receive $10,000 US. The winning author goes on to receive a further $50,000 US, with a commitment that IPAF will meet the cost of translation of the winning novel into English to help underwrite its publication for an English speaking readership.

IPAF also actively encourages the translation of all shortlisted novels into other languages. Recognition by IPAF brings attention from publishers worldwide. So novels associated with IPAF can look forward to increased readership and sales both within the Arab world and internationally through translation.

Since its inaugural round in 2008, a good number of renowned Arab authors have received the prize. 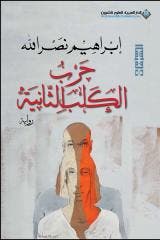 Winner of the 2018 prize for his novel The Second War of the Dog, writer Ibrahim Nasralla, shared a statement on social media stating the importance and great achievements of IPAF and asking for it to be independent of any government funding; in order to sustain its excellence, reputation and ability to attract top Arab writers irrespective of their political affiliations. The statement which was on behalf of 17 writers was signed by: