The Centennial: Jordan Women Made Great Leaps in The Last 100 Years

Published April 11th, 2021 - 08:23 GMT
Women carrying balloons stand next to a poster of Jordan's King Abdullah II on a street in the capital Amman, on April 6, 2021, after a security crackdown revealed tensions in the monarchy. Khalil MAZRAAWI / AFP

Women’s rights activists on Saturday said many achievements were made since the Kingdom was founded 100 years ago, expressing hope that future gains would be made at a much faster pace.

The country is celebrating the centennial of its foundation upon the arrival of His Majesty the late King Abdullah I in Maan in November 1920.

“It took the women’s movement a long time to achieve many of the accomplishments and we hope that we can benefit from what was achieved and learn from our mistakes to move faster in the future,” said Sisterhood Is Global Institute Executive Director Asma Khader.

Khader told The Jordan Times that the women's movements’ “demands for their political rights were Arab rather than Western”, which preceded the establishment of the Emirate of Transjordan. 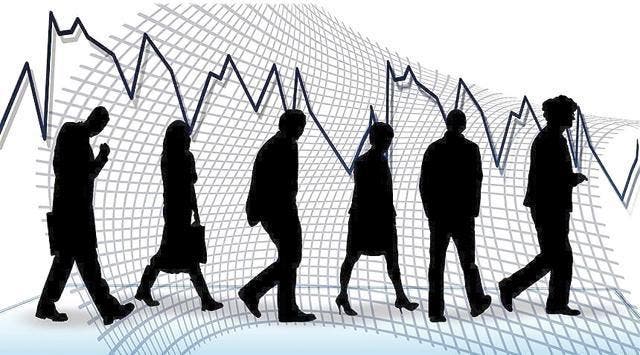 “These demands preceded many women obtaining their political rights in Europe and America, which emphasises that women's demands and actual participation in the political and public life preceded the demands of women in the West,” Khader said.

The demands started with the establishment of the first Jordanian women’s association at the invitation of HRH Princess Mesbah (Her Majesty Queen Misbah later) and carried the name “Women’s Social Solidarity Association,” Khader said.

Another important association that was formed during that era, according to Khader, was the Jordanian Women's Union under the leadership of HRH Zein Al Sharaf (Her Majesty Queen Zain Al Sharaf later).

Former MP and Secretary General of the Jordanian People’s Democratic Party Abla Abu Olbeh added that the participation of a Jordanian women’s delegation in the First Arab Women Conference in Egypt in the mid-1940s was also an important factor during that era.

The event produced important results related to the role of Arab women in confronting the new colonial projects in the region at the time and the resistance to Jewish immigration, which foretold the national catastrophe on the land of Palestine in 1948, Abu Olbeh added.

Jordanian National Commission for Women Secretary General Salma Nims said women were part of the socioeconomic process even before the establishment of the Kingdom.

“The women’s movement was aligned with the political and national movements at the time, and it gained strength to discuss demands and rights from a social perspective as well as gender equality perspective,” Nims told The Jordan Times.

The women’s movement went through different stages during that era whereby “we can see that women played their role by working in different fields as they became educated and joined the labour market, eventually entering fields that are not conventional for them,” Nims added.

Arab Women Organisation Programme Director Laila Naffa said: “Despite the decline in political work for the women’s movement following the declaration of martial law [in 1957], women’s organisations and groups continued to work on elimination of illiteracy and campaigning for political rights and the amendments of laws.”

However, the martial laws did affect the state’s decision to introduce some positive changes for women in Jordan in the 1970s and onwards, according to Khader.

One was granting women the right to vote and stand for election in 1974.

Since then, 34 women have assumed various ministries including the position of deputy prime minister, which was assigned to Rima Khalaf in 1999, who also served as minister of planning and trade and industry.

Naffa said that in the 90s, women became more involved in human rights issues and participated in conferences and conversations at the international level.

The Jordanian National Commission for Women (JNCW) was established by a government’s decision in 1992 to serve as a national machinery to promote women’s status in Jordan, according to Naffa.

Another achievement was the ratification of the Convention on the Elimination of all Forms of Discrimination (CEDAW), by the Jordanian government in 1992, Naffa told The Jordan Times.

Meanwhile, during the 1993 Lower House of Parliament, Toujan Faisal became the first woman to win a seat in the 80-seat House.

But the following years proved fruitful for women who were unable to win a single seat in the Lower House of Parliament until a women’s quota was introduced in 2003 granting women six seats.

The number of seats decreased over the years to reach 15. During the 2017 Lower House of Parliament’s elections, five women won seats outside the quota, bringing the number to 20 female MPs.

Public awareness of women's issues, equality and justice has risen considerably over the decades of the life of the Jordanian state, Abu Olbeh said.

“So we find there is widespread interest in enacting legislation that takes into account the text on equality in rights and duties in compliance with what is stated in the Jordanian Constitution,” Abu Olbeh added.

“Great efforts have been undertaken to amend and abolish discriminatory laws, advance women’s education, improve their participation in political and economic life, and raise awareness on key gender issues,” according to Naffa.

The women’s movement has launched several campaigns during the 1990s and 2000s that advocated against violence against women, Khader said.

As a result, Khader added, several laws were amended to grant better protection for women and the government opened several shelters to house victims of abuse and children.

One of the major laws that were cancelled included Article 308 of the Jordanian Penal Code that used to allow sexual assault perpetrators to get away with their crime if they married their victims.

Another law that was amended in the same penal code was Article 98, which used to give perpetrators of so-called “honour killings” lenient sentences. The law now stipulates that perpetrators of such crimes will not benefit from any reduction in penalty if they murder their female relatives for reasons related to “family honour”.

In addition, the justice system saw the first woman appointed as a judge in 1996. Today, there are over 250 female judges serving in various courts, according to Khader.

The women’s movement is facing many challenges such as shrinking civil space, according to Nims.

Abu Olbeh added that the Parliamentary Election Law is “neither fair for women nor for the majority of the population because the way it is formed, it allows individuals from less populated districts to reach the Lower House of Parliament at the expense of the larger districts”.

Naffa pointed to the Citizenship Law that still does not allow Jordanian women married to non-Jordanians to pass on the citizenship to their spouses and children.

“This has been one of the major demands that have not been considered by the government,” she said.

In the mid-2010s, the government granted families of these women privileges that included access to education, healthcare and employment, permission to own property and invest, as well as obtain a driver’s licence.

“We need to revisit all the legislations that affect political participation to ensure justice and equality for women in Jordan,” Nims added.

Naffa added: A country cannot fully develop economically and socially without the full utilisation of its resources — including human resources.

Investing in the education of women and their participation in public life has numerous positive effects on different development indicators including children’s education and health, economic growth and poverty rates, Naffa stated.

Granting women their full civil rights is a central demand for the women’s movement, Naffa stressed.

“Women cannot fully participate in society if they do not enjoy equal civil rights and protection. Therefore, many women’s groups, activists and organisations worked on different issues over the years including nationality, personal status, movement, and violence among others,” Naffa added.