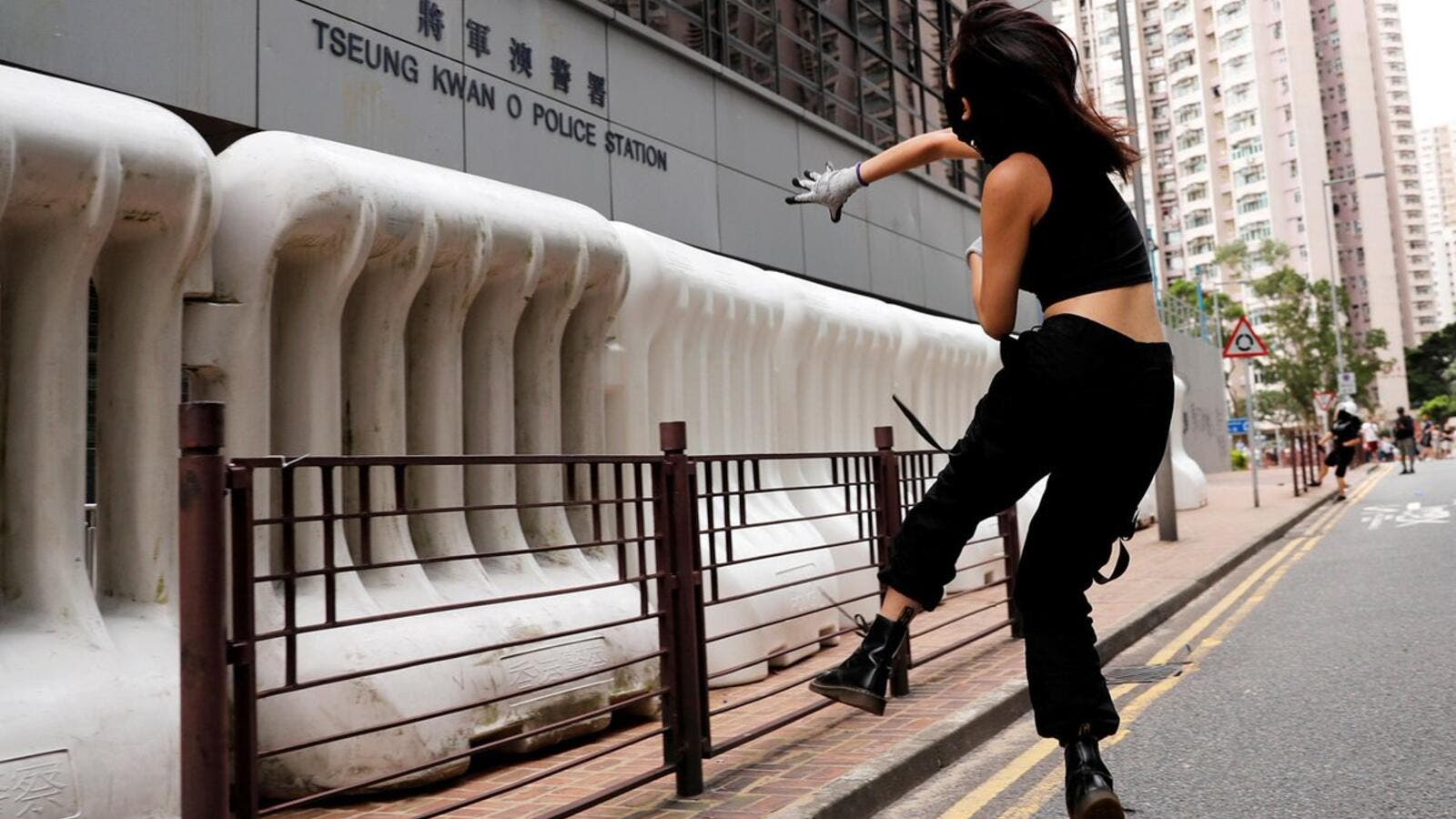 (Twitter)
Highlights
Face masks are already banned in public in the former British colony after its leader invoked colonial-era emergency powers to try to curb the protests earlier this month.

China authorities are cracking down on exports of black clothes in a bid to curb anti-government movement in Hong Kong participated by protesters in all-dark uniform, according to a report.

The country's customs have required delivery companies to stop sending black T-shirts and other items that have been featured in the pro-democracy unrest which has gone on for more than four months, it is said.

Demonstrators in the Asian financial hub have been donning black T-shirts, black jeans, black sneakers and black face coverings during rallies as they call for democratic reforms from the government.

Face masks are already banned in public in the former British colony after its leader invoked colonial-era emergency powers to try to curb the protests earlier this month.

Courier companies in the province of Guangdong, which neighbours Hong Kong, were ordered to halt shipments of black T-shirts alongside yellow helmets and umbrellas, which are also used by activists frequently, reported South China Morning Post.

The restriction may be a blanket ban imposed by the customs on all clothing in black leaving from Guangdong.

A batch of black clothing from a US sportswear brand was recently intercepted by Chinese officials when it was being transported from its factory in Shenzhen to Taiwan, according to reports.

The brand's dealer told Taiwanese news outlet ETtoday that the black-coloured casual wear had been scheduled to be sent to Taiwan last month, but the dealer was informed that they 'could not be delivered'.

The report did not reveal the brand's name, but said it was a famous brand being sold in 45 countries.

After querying the Shenzhen side, the dealer was told that the failure in the delivery was caused by the fact that the clothing was black.

Hong Kong has been rocked by a series of anti-government protests for nearly four months.

The demonstrations were initially sparked by a proposed law that would allow some criminal suspects to be sent to the mainland China to stand trial.

Hong Kong is ruled under the 'one country, two system' policy and has different legal and governing systems to mainland China.

The principle was agreed upon by China and the UK before the former British colony reverted to Chinese rule in 1997.

However, many residents in the semi-autonomous city feel that their freedoms are eroding due to the tight political grip of Beijing.

The city's chief executive Carrie Lam has promised to formally withdraw the much-hated extradition bill, but the move failed to ease the chaos.

Two people have been shot and wounded by police and thousands injured. Police have arrested more than 2,300 people since June.

Hardcore protesters have torched the city's metro and Chinese banks and scores of shops they believe are linked to mainland China. The Asian financial hub is facing its first recession in a decade due to the unrest.

Past massive marches have seen families and children rally with pro-democracy activists over concerns Beijing is tightening its grip on the city and eroding democratic rights.

Beijing rejects the charge and accuses Western countries, like the United States and Britain, of stirring up trouble.