Climate Change is Devastating Bangladesh. This is How?

Published June 10th, 2021 - 11:02 GMT
the heaviest rain from which flooded all the streets (Shutterstock)
Highlights
Many people are being uprooted from their homes and traditional jobs due to river erosion and erratic climate change, he added.

Climate change is taking a heavy toll on the people of Bangladesh, forcing internal migration and raising salinity, which not only poisons the water and coastal land, but also wipes out people’s livelihoods. 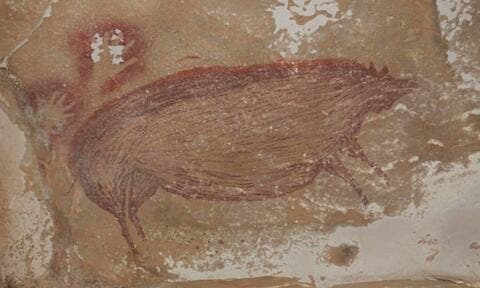 Saline water enters houses and farmland due to the poor condition of about 5,500 kilometers (3,418 miles) long coastal embankment damaged due to frequent coastal cyclones, impacting millions of coastal people.

Bangladesh is a low-lying country having 19 coastal districts with a 42 million population, which are under threat due to climate change and the subsequent rise in sea level, cyclones, tidal surge, and permanent inundation, according to officials.

Right now millions are suffering from extreme flooding fuelled by the climate crisis in India and Bangladesh - already hit by the devastation of cyclone Amphan and COVID-19.
My foundation will donate €100.000 prize money to BRAC, Goonj, Action Aid India- and Bangladesh. 1/3 pic.twitter.com/oOMZ3jrhsV

Nearly 700,000 Bangladeshis were displaced on average each year over the last decade by natural disasters, said the Internal Displacement Monitoring Center.

Worryingly, some 13.3 million Bangladeshis could be displaced by 2050 following varied impacts of climate change, making it the country’s number-one driver of internal migration, according to a World Bank report in 2018.

Foreign Minister AK Abdul Momen, in a statement to the Climate Camp 2021 last week, said Bangladesh is experiencing extreme climate change impacts that are affecting the national economy and development as well as the lives and livelihoods of the people.

Many people are being uprooted from their homes and traditional jobs due to river erosion and erratic climate change, he added.

“Heavy monsoon rains in upstream regions continue to cause flooding in 30 districts in the north, northwest, and southwest of the country, affecting 54 million people,” he added, saying: “As one of the worst victims of climate change, Bangladesh spends about $5 billion, about 2.5% of its GDP, on climate adaptation and resilience-building measures.”

Saiful Islam, 43, a farmer in cyclone-hit Shyamnagar of the Satkhira district, told Anadolu Agency that the latest Cyclone Yaas on May 26 washed away hundreds of houses and fishing enclosures, just like the previous cyclones did in the district.

“A 3.5 feet high tide entered my house, damaging the coastal embankment. We tried to protect our livelihood by installing sand sacks against high tides during Cyclone Yaas. The region suffered huge losses and damages as river tides rose as much as 10 feet high,” said Islam, who has already shifted to another place.

Saiful Islam earlier worked on his own farm, but rising salinity in farmland forced him to change his profession, like some 40 other families he personally knew.

Fishermen in the coastal embankment became the worst victims of the cyclone as it washed away everything they had earned. “Most of them are now working as day laborers at brickfields,” Islam mentioned.

Sirazul Gazi, a farmer, also lost his homesteads and migrated to the embankments due to Cyclone Yaas. Abul Sana, now a day laborer, also faced the same disastrous consequences.

Cyclone Aila killed over 200 people and left millions of others homeless, completely destructing the coastal region.

“The coastal region, particularly the Bagerhat, Khulna, and Satkhira districts, are prone to successive tides up to 10 to 12 feet high during cyclones. And, saline water from the bay enters the estuaries and mixes with the upland flow during high tides,” Partha explained.

“Tidal flow pollutes and damages houses, farmland, fishing enclosure and raises the salinity density in water sources for drinking and daily use. Famers have already lost huge farmlands in this region and were forced to migrate to nearby districts for living while the remaining started working in brickfields as day laborers,” he added.

“Salinity here is forcing people to migrate, change professions, and join ‘slavery’ in the name of day laborer,” said Partha, who has been doing scientific research in the region for years. “Salinity is largely impacting the world’s largest mangrove forest Sundarbans, which is providing livelihood for coastal people.”

Salinity has also been taking its toll on the health of coastal women as sources of pure water continue to decline. Women have to do all the household chores, and the toughest of all is bringing safe drinking water from nearby sources, he mentioned.

A number of diseases – including skin diseases, urinary tract infections, genital itching, and leucorrhea, and reproductive health issues – have been on the rise among women, the international NGO ActionAid in Bangladesh said in a recent study.

Saleemul Huq, an environment expert and director of the International Center for Climate Change and Development, told Anadolu Agency that Bangladesh needs to build sustainable and solid embankments to protect its coastal area and people living there.

“And, it’s not only the liability of Bangladesh to construct such sustainable protection but also the rich countries, including G-7 who are largely contributing to climate change, to help countries like Bangladesh,” Huq said.

Climate disasters and cyclones are now happening due to "manmade impact on the climate, including rising global temperature. So, countries should contribute to help the people who are losing their homes and farmlands to saltwater,” he added.

“We, Bangladesh, have been asking for compensation on the global platform and want a right response from them,” he noted, mentioning the $100 billion proposal voiced by Bangladesh for the vulnerable countries.

Pavel Partha also backed Huq’s assertions, asking the global leaders to give attention to the sufferings of those affected by climate change worldwide. “On building sustainable protection, the rich countries will have to share the expenses as Bangladesh is a victim without mass contribution to global warming,” he added.

At a recent virtual US-hosted climate summit, Bangladesh's Prime Minister Sheikh Hasina called for immediate actions by the developed countries to reduce their carbon emissions to keep the global temperature rise to 1.5 C.

Hasina also urged countries to stick to the annual global target of $100 billion with special attention to vulnerable communities.

Md. Rashidur Rahman, the Satkhira district chief engineer of Bangladesh Water Development Board, told Anadolu Agency that at least 25 closure points at the coastal embankments were damaged in the recent Cyclone Yaas. But “we repaired 20 of them and are working to repair the rest,” he added.

This coastal region is prone to disasters and cyclones and the coastal protection embankments have regularly been damaged by coastal cyclones, mostly due to climate change, he said. 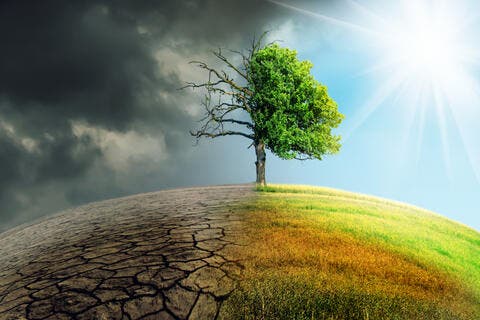 “The protection embankments are decades-old, built in the 1960s, and every year on average 10% of the embankments get damaged. The lifespan of the long coastal embankment in this particular area has also expired. Therefore, the whole embankment needs to be rebuilt in line with the changing character of rivers, the height of the coastal region and its environment.

“The government has already taken two separate projects worth 22 billion Bangladeshi taka (about $260 million) to rebuild the embankment to protect people and the coastal region while conducting feasibility tests on some projects as a sustainable solution to the crisis,” he mentioned.

“Once we protect the locality from saltwater coming from the coastal rivers, the saline water crisis would be solved,” he added.