Colorado: Bear Climbs Into a Home, Leaves After Feasting on Cat Food

Wildlife officials in Colorado said a bear climbed into a home through an open window and left after feasting on cat food it found inside. 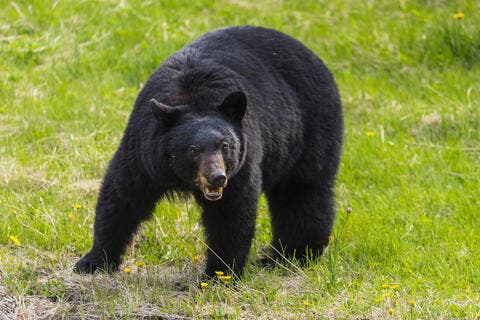 Video: Chinese Trainer Bitten by 440-pound Black Bear After He Stopped it Eating a Sausage Thrown by a Boy

Colorado Parks and Wildlife said the bear climbed in through a window at the home in Gunbarrel, Boulder County, and feasted on the cat food it found inside.

Officials said the bear finished its meal and left through the same window. There were residents home at the time of the bear-glary, but no injuries were reported.

"You hear about that a lot more in mountain towns where a many homes or cabins don't have air conditioning," CPW spokesman Jason Clay told KCNC-TV. "Bears can go through windows very easily. Bears can open your front door easily depending on what type of door handle you have."

Clay said bear sightings have been on the rise lately in Gunbarrel.

"Gunbarrel is getting out a little bit on that edge where maybe residents don't expect that. Now that they know there are bears in the area, it's time to take proper precautions," he said.

The department recommends residents in areas frequented by bears make an effort to bear-proof their homes. 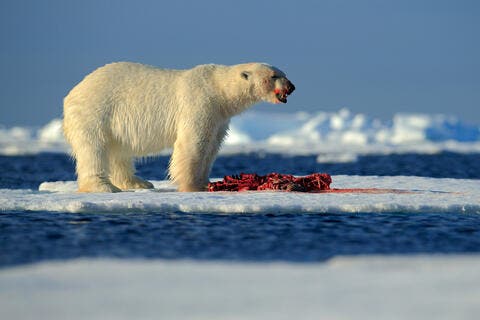 Polar Bear Mother and Her Cub Having Lunch

#RT @nowthisnews: A bear was caught on a home security cam entering a car in Thornton, NH, answering the mystery of a string of unknown car entrances in the area. The bear enters vehicles in search of food & trash. Police encourage everyone in the area t… pic.twitter.com/8J9GsGW7Tm