In addition to more widespread availability and higher purity, the pandemic has pushed the narcotics trade to become more creative in its distribution.

Large-scale drug trafficking continued despite the Covid-19 pandemic and there is widespread availability of increasingly diverse substances that are often highly potent, the European Monitoring Centre for Drugs and Drug Addiction (EMCDDA) reported last week. 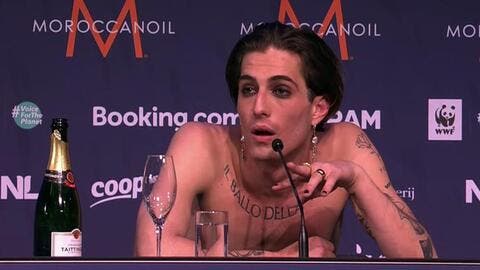 The EMCDDA’s 2021 European Drug Report covers drug supply and usage in the member states of the European Union, Norway and Turkey. While most of the data refers to 2019, there is some preliminary information for 2020.

“At the beginning of 2020 the European drug market was characterised by the widespread availability of a diverse range of drugs of increasingly high purity or potency,” according to the report.

The EMCDDA found that cannabis remained the most used drug by far, about five times more prevalent than the next most popular substance, cocaine, followed by MDMA (also known as ecstasy) and amphetamine.

Heroin consumption seems to be in decline, used by an “ageing and diminishing” group of Europeans. However, the report also notes that “some countries may be seeing an increase in crack cocaine availability and use”.

While drug consumption appears to have dipped temporarily during the first coronavirus lockdowns in 2020, usage bounced back later in the year, according to wastewater analysis from cities.

“One of the main conclusions of our work is that the drug market has been remarkably resilient to disruption caused by the pandemic,” the report states. “Drug traffickers have adapted to travel restrictions and border closures.”

They have done this partly by moving online and using encrypted platforms to seal deals, according to the EMCDDA. While use of technology for drug-dealing is not new, the pandemic has expanded the digitalisation of the narcotics trade.

“Covid has accelerated this use of technology between all of us, including the drug traffickers,” Andrew Cunningham, head of drug markets, crime and supply reduction at the EMCDDA told TRT World.

The importance of encrypted apps has been exposed in a series of multinational law-enforcement efforts, most recently Operation Trojan Shield, which resulted in hundreds of arrests and the seizure of many tonnes of illicit substances.

Drug production, trafficking and addiction are “growing concerns” said European Commissioner for Home Affairs Ylva Johansson at a press conference on Wednesday. “Over a ten-year period police have seized increasing amounts of drugs.”

According to data contained in the report, the number of drug seizures and quantities intercepted both increased significantly from 2009 to 2019, while the price of drugs, including cocaine and amphetamine, remained stable.

The supply of cocaine to Europe during the pandemic “continues uninterrupted” according to Johansson. In 2019, a record 213 tonnes of cocaine were intercepted and there have been further large seizures in Antwerp, Rotterdam and Hamburg in 2020 and 2021.

It is likely that much of this cocaine is headed for other markets in Asia, the Middle East and Russia. “These are big growth areas for cocaine, and some of that cocaine is transiting Europe,” Cunningham said.

Illicit drugs in Europe are becoming more potent. The purity of cocaine increased by 57 percent from 2009 to 2019, for example, while the average quantity of MDMA in tablets rose by 149 percent.

Production of synthetic drugs is at “pre-pandemic levels”. In 2019, more than 370 illegal drug laboratories were dismantled on the continent, most of them manufacturing methamphetamine. Europe also produces MDMA and amphetamine, including captagon tablets which are popular in the Middle East.

Meth facilities are sometimes run in collaboration with Mexican cartels, which have shifted some of their production to Europe to be closer to consumer markets. The Netherlands, a major synthetic drugs producer, has uncovered labs staffed with Mexican cooks. Meth has also been imported from Mexico to Spain and Belgium.

Use of the drug in Europe appears to be low, suggesting that much of the supply transits to other regions. However, the large quantities being produced could eventually translate into higher European consumption. “Careful monitoring of developments is required,” the report notes.

While there has been some speculation that the cheap meth now being produced in Afghanistan could travel along established heroin trafficking routes to Europe via Turkey and Africa, there is no evidence yet of Afghan meth penetrating the European market, according to Andrew Cunningham, although Turkish meth seizures have increased.

Turkey appears to be a major meth consumer. Treatment entrants who describe it as their main drug are concentrated in Turkey, Germany, Czechia and Slovakia, according to the report. A wastewater study published earlier this year found that meth was the second most popular drug in Istanbul, after cannabis.

The EMCDDA also highlights the emergence of new psychoactive substances (NPS) in Europe. Over 400 of these NPS were detected in 2019, and a further 46 were reported in 2020, including synthetic cannabinoids used to adulterate herbal cannabis. The misuse of benzodiazepines is examined in a separate study issued alongside the main report. 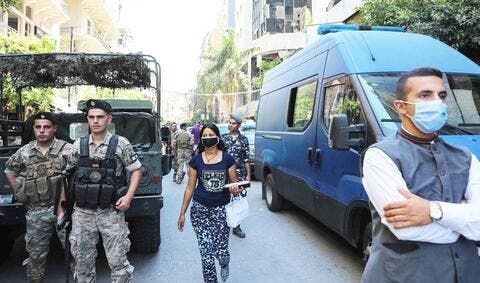 Who is Peddling Drugs in Lebanon?

This report is by Rupert Stone