Published May 24th, 2021 - 04:50 GMT
Dua released a statement on Sunday hitting out at the ad which she said contained 'blatant misrepresentations of who I am' (Twitter)
Highlights
The barrage came after days of clashes between Palestinian protesters and Israeli police at the Al-Aqsa Mosque compound.

Dua Lipa has slammed an organization that paid for a full-page ad in The New York Times that called her anti-Semitic for supporting Palestine in the ongoing conflict with Israel. 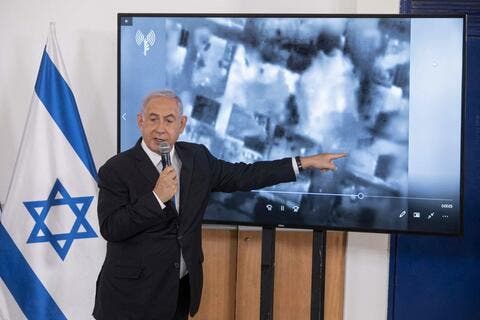 In the ad, Dua, 25, and models Gigi and Bella Hadid were named by Rabbi Shmuley Boteach, the head of the World Values Network, as three 'mega influencers' who have 'accused Israel of ethnic cleansing' and 'vilified the Jewish state'.

Dua - who is dating the Hadid sisters' brother Anwar - released a statement condemning the ad which she said contained 'blatant misrepresentations of who I am'.

She wrote: 'I utterly reject the false and appalling allegations that were published today in the New York Times advertisement taken out by the World Values Network.

'This is the price you pay for defending Palestinian human rights against an Israeli government whose actions in Palestine both Human Rights Watch and the Israeli human rights group B'Tselem accuse of persecution and discrimination.

'I take this stance because I believe everyone - Jews, Muslims and Christians - have the right to live in peace of equal citizens of a state they choose.

'The World Values Network are shamelessly using my name to advance their ugly campaign with falsehoods and blatant misrepresentations of who I am and what I stand for.

'I stand in solidarity with all the oppressed people and reject all forms of racism.'

New York Times advertises a FULL PAGE ad, paid for by The World Values Network, vilifying the two #Palestinian-American models Bella, Gigi Hadid, and Dua Lipa, and inciting against them for bravely standing with justice and equality in #Palestine!
What A SHAME !! pic.twitter.com/mIC7NiNNzy

In response to Dua's post, a spokesperson The World Values Network released a statement that read: 'I could not be more proud of our ad in the New York Times which called out Dua Lipa and the Hadid sisters for their despicable hatred toward Israel and the gross defamation of calling the only democracy in the Middle East an apartheid state.

'Dua Lipa is throwing tantrums on social media. It seems she can dish out the anti-Semitic hatred, but freaks out when called out for her bias and bigotry. She should learn that when the Jews say Never Again, they mean it.

'We will not allow the Jewish people to be demonized by the likes of Dua Lipa. Let her overcome her absolutely irrational hate.'

Dua faced claims of anti-Semitism after voicing her support for Palestine on social media with the hashtag #SaveSheikhJarrah - in reference to the Jerusalem neighborhood where Palestinians are facing eviction.

Tensions increased in the Middle East since May 10, when Hamas militants in Gaza fired long-range rockets toward Jerusalem.

The barrage came after days of clashes between Palestinian protesters and Israeli police at the Al-Aqsa Mosque compound.

The conflict has also spilled over into US soil with rallies for both sides occurring nationally.

Bella previously received criticism for sharing a graphic that said Israel was not a country, for which she was accused of anti-semitism.

Taking to Instagram after, she shared a teary-eyed selfie and wrote: 'I feel a deep sense of pain for Palestine and for my Palestinian brothers and sisters today and everyday. watching these videos physically breaks my heart into 100 different pieces.

'You cannot allow yourself to be desensitized to watching human life being taken. You just can't. Palestinian lives are the lives that will help change the world. And they are being taken from us by the second. #FreePalestine'

The NYT @nytimes runs a full page add accusing dua lipa, Bella and Gigi Hadid of being Hamas, because they spoke for the right to life and liberty for #Palestine- there could not be a clearer example of Israel having “influence over media and deep pockets”- #Palestine pic.twitter.com/RPWSWKAwZL

Days ago the Malibu-raised socialite found herself in hot water after she shared a graphic which was criticized by Instagram users for containing anti-Semitic tropes — the multi-slide post reading (among other things) that Israel was not a country and was a land settled by colonizers.

Her post about the nation state — which was established in 1948 —was said to have inflamed the very fraught situation and contributed to rising anti-Semitism on a global scale.

Sister Gigi Hadid also was accused of perpetuating anti-Semitic sentiments on social media, to which she responded by posting a screen grab of her comments section on Saturday morning.

One follower wrote on the post 'Another anti-Semitic celebrity,' and someone else commented: 'We gonna stay in Israel, no matter how much u try to kill us its our land and our country and we don't give up on her.' 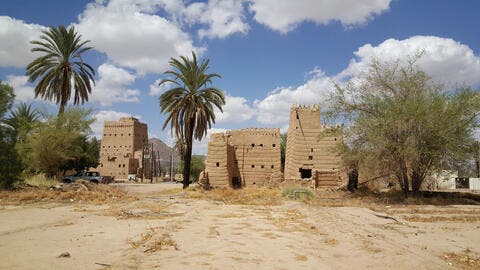 Israeli Newspaper Claims Saudi Arabia Was Once a Jewish Kingdom

Gigi fired back: 'I condemn anti-Semitism. "I" am not trying to kill you, nor would I ever want that. I do not wish any more deaths upon Israelis, just as I feel about Palestinians. What I do want is equal rights for Palestinians.

She continued: 'There are also Jewish Palestinians and Christian Palestinians, as there was, coexisting, with my father's Muslim Palestinian family when he was born in Palestine in 1948. I wish you peace.'