Published May 23rd, 2021 - 09:57 GMT
Lovely food at Bice Mare with Latifa earlier (Instagram)
Highlights
She has also taken part in ironman challengers and is originally from Liverpool.

A second photo of the kidnapped daughter of the ruler of Dubai has been shared online just days after she was seen in public for the first time in almost three years. 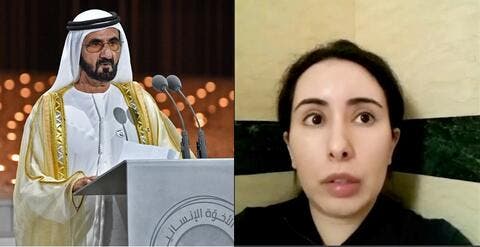 On Saturday, a photo emerged of Princess Latifa al Maktoum sitting in a shopping mall with two friends. The image had first been posted on Instagram by a friend on Thursday.

Dubai authorities are believed to have sanctioned the release of the photo after campaigners backed by the UN demanded 'proof of life'.

The new pictures come three months after shocking videos recorded by the princess, 34, alleged she was being held captive by her family.

Campaigners described the latest move as 'highly significant' and are hoping it could lead to her being allowed to leave the United Arab Emirates.

Later on Saturday, another image of Latifa was posted on Instagram by Sioned Taylor, a Dubai-based maths teacher.

It appears to show Taylor, who was also in the earlier image, sitting next to Latifa at a restaurant. Both women are smiling in the photo.

'Lovely food at Bice Mare with Latifa earlier,' the caption on the new image reads.

Latifa and Taylor are dressed differently than in the earlier photo, suggesting the images may have been taken on different days.

Photos of the restaurant online show a terrace that appears similar to the one Latifa and Taylor are seated at in the new photo.

The first image, which was posted on Thursday and picked up by media on Saturday, showed the princess with two friends at the Emirates Mall in Dubai some time in the last week.

A Dubai princess who had been held captive at a villa may have been pictured in public for the first time since 2018.

Supporters of the Free Latifa campaign said the two women with the Princess had been friends of hers for many years.

In the background a cinema can be see advertising the film Demon Slayer: Mugen Train. The film was released in the UAE on May 13.

Friends of Latifa are convinced the photograph is genuine and was not taken under any duress.

One of the women with her was identified as Lynda Bouchikhi.

Dubai authorities have not commented on the photos but it is believed they would only have been released with the permission of the emirate's ruler.

The other woman in the photograph is Taylor.

She posted the photo to her Instagram account, which is under the name Shinny Brynn, on Thursday.

The caption read: 'Lovely evening at MoE with friends'.

Taylor is a former skydiving instructor and has been friends with Latifa for a number of years through the daredevil sport.

She has also taken part in ironman challengers and is originally from Liverpool.

Campaigners hope the new images are the first step into allowing her to leave the UAE to start a new life.

They were the first time the princess has been seen in public since a staged 'photo' with former Irish President Mary Robinson in December 2018.

Former French spy Herve Jaubert, who helped mastermind Princess Latifa's attempted escape in 2018 aboard his yacht Nostromo, welcomed the release of the photo.

He said: If true, I am so relieved to hear this wonderful news. Princess Latifa looks straight to the camera and seems to be herself and happy.'

Radha Stirling, founder of Detained in Dubai and the person Latifa first contacted after her 2018 escape, also said the photo was a step in the right direction.

She said: 'We are seeking clarification from Dubai and remain hopeful that Latifa is safe and well.

'If the photo is genuine, it would indicate that the UAE intends to perhaps allow Latifa to return to public life as mentioned in their last statement.

'After Latifa's latest video messages were broadcast, the Maktoum family is even more determined to keep Latifa within the city of Dubai.

'From their perspective, they have seen what happens to British royals when family members start airing their dirty laundry in public.

'They don't want to see Latifa end up on Oprah. The family still maintains that Latifa has mental health problems which they do not intend to make a spectacle of.

'The Maktoums see many of the people calling for Latifa's release as self interested.

'They're not going to release Latifa into the hands of those who may use and manipulate her, and they don't want to see her as an adverse witness in the British courtroom drama surrounding Princess Haya.

'Through understanding the UAE's perspective, there is a higher chance for Latifa to be finally freed. We are hopeful that may involve a diplomatically arranged alternative whereby Latifa were permitted to conditionally live in the United States.

'In the interim, we are hopeful that Latifa will return to public life and enjoy increased freedom within the Emirates.'

Earlier this year Latifa smuggled a series of haunting videos out of captivity, describing herself as being held 'hostage' by her father Sheikh Mohammed al Maktoum.

Speaking publicly for the first time in three years, the 34-year-old royal prisoner described in vivid detail how her dramatic 2018 escape attempt involving jet skis and a yacht ended in her brutal recapture and forcible repatriation.

In the most damming video filmed after her failed escape, the Princess says: 'I'm a hostage.'

She continues: 'And this villa has been converted into a jail. All the windows are barred shut.

Latifa escaped Dubai in February 2018 after recording a disturbing video in which she revealed her troubled relationship with her father.

After the release of the February 2021 videos the United Nations demanded to see proof of life and called for Latifa to be freed.

The Free Latifa campaign have recently demanded sanctions be placed on the Dubai ruler over his failure to release his daughter and comply with the UN demands.

David Haigh from the campaign said: 'We confirm that there have been several potentially significant and positive developments in the campaign.

'We do not intend to comment further at this stage, a further statement will be issued at the appropriate time.'

Last month UN experts demanded the UAE ruler provide information about his daughter and release her.

The UAE said on February 19 Latifa was being cared for at home, after the UN human rights office headed by Michelle Bachelet asked it for proof she was alive.

'We are alarmed that, following the public release in February of footage in which Sheikha Latifa reported being deprived of her liberty against her will, and the subsequent official request for further information on her situation, no concrete information has been provided by the authorities,' the independent UN human rights experts said in joint statement.

'The statement issued by the Emirates authorities merely indicating that she was being 'cared for at home' is not sufficient at this stage,' added the experts, who include the UN investigators on torture and on violence against women.

The joint statement said the experts called 'for independent verification of the conditions under which she is being held, and for her immediate release'.

A spokesman for Bachelet's office said earlier last month it had not received a requested 'proof of life' for Sheikha Latifa from the United Arab Emirates.

Senior UN officials sought a meeting with the UAE ambassador in Geneva about Latifa, which in principle has been agreed, the spokeswoman said at the time.

The fate of Latifa and her tempestuous relationship with her father, who is also a vice-president of the UAE, has cast a new spotlight on his family affairs.

Sheikha Latifa bint Mohammed al-Maktoum drew international attention in 2018 when a human rights group released a video made by her in which she described an attempt to escape Dubai.

In the most damming video filmed after her failed escape, the Princess says: 'I'm a hostage. And this villa has been converted into a jail. All the windows are barred shut.

In the video, Latifa accused him of jailing her for three years in 2002 when she tried to escape what she called his 'repressive control'.

The princess said she was drugged and tortured on the orders of her father. She said was not allowed to drive, had no passport and was followed by a team of guards.

Latifa also claimed her older sister Shamsa is being kept against her will in Dubai after she tried to escape the kingdom and was abducted from the UK in 2000.

Latifa, who is one of the Sheikh's 30 children by his six wives, fled Dubai by jet ski to rendezvous with a yacht waiting to sail to India.

After eight days at sea, the yacht she was travelling on was boarded by Indian commandos off the coast of Goa and she was returned to the custody of her father in Dubai.

Latifa hoped to travel to India and then the United States to seek asylum.

The sheikh says Latifa was tricked into escaping by criminals who wanted money and that returning her to Dubai was a rescue mission.

He has been the subject of allegations that have come from a number of members of his family.

As well as Latifa and one of her sisters, two former wives claim he abused them. The sheikh denies the claims.

Since then UN experts have raised concerns with the Emirati government about her 'alleged enforced disappearance and incommunicado detention', they said in Tuesday's statement. 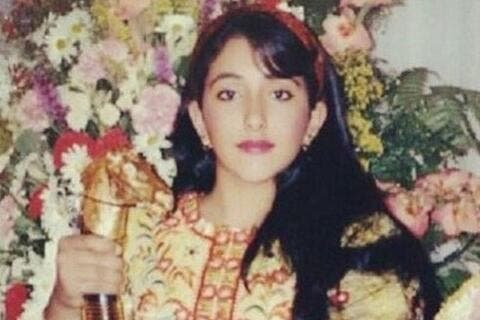 How Did Indian Forces Bring Back Princess Latifa to Dubai?

'Her continued incommunicado detention can have harmful physical and psychological consequences and may amount to cruel, inhuman or degrading treatment,' they said.