Published October 21st, 2020 - 06:07 GMT
Shutterstock
Highlights
Spiritual chanting is a journey of a spiritual art, and it has gone through many stages of development until it has become a strong competitor to other art forms

Calling it as an exceptional one, the forthcoming International Spiritual Music Chanting Festival Samaa’ kicks off from October 22nd  and continues until 29th of the same month at Salah Eldin Citadel in Cairo, announced the festival director Intisar Abdel Fattah.  Samaa’ 13th version is set to witness the participation of 20 Egyptian musical groups in addition to many foreign groups. The groups come from Russia, Armenia, Sudan, Palestine, Egypt and Syria; mostly from the expat communities affiliated with the diplomatic missions of these countries in Egypt due to travel restrictions imposed by COVID-19. Lebanon is chosen as the guest of honor and Um Kalthum is the icon of the event.

Adapting a call of peace to the whole world is the main theme of the festival, moreover, it honors spiritual music icons such as Fairuz and renowned poet Ahmed Shawqi.

The events of the festival take place at different venues such as Sultan Al Ghuri complex, Coptic Museum, and the Complex of Religions.

In the same context, a massive exhibition of cultural and folk productions is organized to support folk and cultural heritage.

Since its inception, the festival has targeted reviving the forgotten traditions of Spiritual music and chanting especially Muslim and Christian spiritual heritage, sending out a call for peace, hope, and accepting all people.

Hosting Lebanon  as a guest of honor this year comes in view of the great development that spiritual music of different religions is experiencing in the country; as spiritual music in Lebanon has long developed to present renewed bands that roamed many countries of the world on applying modern rhythms that express the spirit of youth in Arabic and foreign languages, which is considered exceptional.

These bands offer great musical diversity, using fast rhythms that resemble modern songs to communicate with youth of all orientations in the eastern and western worlds. Furthermore, "their new religious songs and chants help portray a transparent and true picture of the Islamic religion, far from the image of extremism and terrorism that has been attached to it in the past few years," the festival organizers added.

According to Egyptian religious scholars, the real emergence of the Dhikr rings and Sufi chanting councils was after the era of Sultan Saladin, to whom the resurrection of the first khanqah (zawiya) is attributed. It was known as the Sufi circle in Cairo, and it was visited by Sufis who came to Egypt and conducted endowments on it in 569 AH / 1173 AD. At the same time, the issue of angles, Sufi orders, and bonds that harbor asceticism and worshipers, has spread in various countries of the Arab Islamic world, especially in the Levant, Iraq and North Africa. 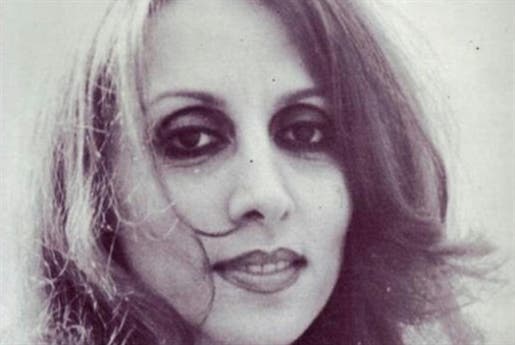 "Fairuz is honored in the festival for her great record of singing numerous religious chants and hymns," Festival organizers stressed.

Religious chanting "Enshad" in Islam has been closely associated with the Sufis, given that they developed it in terms of quantity and innovation in texts, melodies, performance, dances and musical instruments. Sufi orders, by means of collective and continuous chanting, contributed to the formation and reshaping of the common Sunni memory and the Islamic imagination collective.

Spiritual chanting is a journey of a spiritual art, and it has gone through many stages of development until it has become a strong competitor to other art  forms. Sufi chanting emerged from its mantle of chanting templates created by young people to keep pace with the era of modern technology, like in the case of the Egyptian “Al-Hadara” band.