Published May 30th, 2021 - 06:14 GMT
Virgin Mary Tree area (Twitter)
Highlights
The pieces of the buried stick then flourished and emanated a pleasing scent. Jesus drank from the spring and numerous balsam trees grew on the spot.

In the heavily populated Cairo district of Matareya stands an ancient sycamore, the Virgin Mary Tree, waiting for its official reopening. 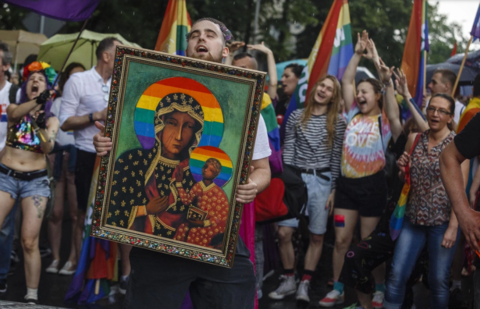 Polish Activists on Trial For Picturing The Virgin Mary, Baby Jesus as LGBT-Affiliates

For decades, the site has attracted thousands of pilgrims because it is said to have offered shelter for the Holy Family during their stay in Egypt at the beginning of the Christian era.

According to the fifth-century Coptic Pope Theophilus, Joseph possessed a wooden walking stick that the infant Jesus broke into pieces. Joseph then buried the pieces in Matareya, and when he placed his hand on the ground a spring burst out beside a sycamore tree that provided shade and respite for the Holy Family.

The pieces of the buried stick then flourished and emanated a pleasing scent. Jesus drank from the spring and numerous balsam trees grew on the spot.

The Arab historian Al-Maqrizi later described the Holy Family’s journey in the mid-15th century and mentions that they had settled in Matareya by a stream. He recounts how when the Virgin Mary washed Jesus’s clothes in the stream, the water flooded the nearby land where balsam trees began to grow.

Al-Maqrizi adds that the balsam oil from the trees was prized for use in baptism. 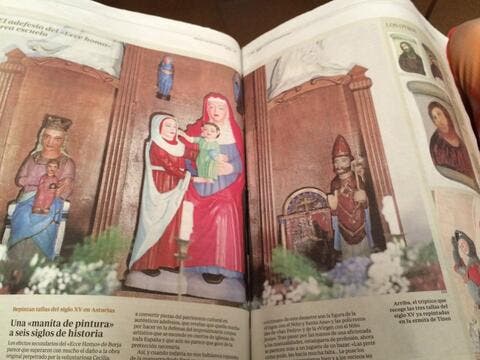 😇🙏❤️
MAY GOD BLESS YOU AND EVERYONE
MAY HE KEEP EVERYONE SAFE AND HEALTHY
THIS IS THE VIRGIN MARY TREE
IN EL MATEREYA, EGYPT

MARY & JOSEPH HAD STOPPED ON THEIR JOURNEY TO REST.
IT'S BELIEVED SHE RESTED
AGAINST THE TREE TO WASH
BABY JESUS ❤️ pic.twitter.com/A67WCm2lv9

It is said that as the Virgin Mary, Joseph, and the child Jesus tried to escape from two brigands who were pursuing them, the trunk of the sycamore tree also miraculously opened its bark, allowing them to hide inside, escaping detection.

The tree is said to have medicinal properties, which is why its branches have been depleted by pilgrims. Nearby, the spring where the Virgin Mary is said to have bathed Jesus is also part of the miracles of the place because of its healing water.

Today, the site of the Virgin Mary Tree boasts archaeological and modern attractions including the well, the tree, and several stone water basins. A visitors’ centre relates the story of the Holy Family’s journey in Egypt, and a small museum displays icons and other artefacts alongside photographs of other places visited by the Holy Family.

This week, Minister of Tourism and Antiquities Khaled El-Enany visited the Virgin Mary Tree to follow up on the development work carried out at the tree and its surroundings.

During the visit, he visited the tree’s open courtyard, the small museum, the visitor centre, and the roof. He asked for modifications to the design of the lighting to make it more consistent with the overall design of the site.

He also asked for the installation of descriptive labels explaining the icons on display in the outer open courtyard, in addition to adding interactive screens to the visitors’ centre to engage visitors and introduce them to the route of the Holy Family’s journey in Egypt and the restoration and development projects on related monuments.

More artefacts should be on display at the small museum, he said, and there should be a booth to sell replicas.

According to the development project for the site, a wooden fence now protects the tree, and the well has been cleaned and reopened, said Osama Talaat, head of the Islamic, Coptic, and Jewish Antiquities Sector at the Ministry of Antiquities.

The roads around the archaeological area have been paved and upgraded, descriptive street signs erected, and all tourist services upgraded.