President Joe Biden on Monday unveiled an image taken by the James Webb Space Telescope, the first from the spacecraft's highly anticipated initial group of images since NASA completed alignment and testing of its mirrors. 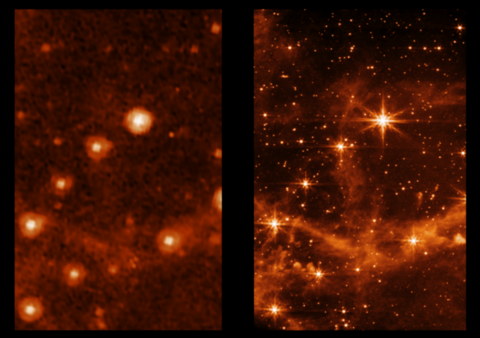 The image, shown during a preview event at the White House, depicts "galaxies that are shining around other galaxies whose light has been bent" NASA administrator Bill Nelson said.

"You're seeing just a small, little portion of the universe," he said.

Previewed by @POTUS on July 11, it shows galaxies once invisible to us. The full set of @NASAWebb's first full-color images & data will be revealed July 12: https://t.co/63zxpNDi4I pic.twitter.com/zAr7YoFZ8C

Biden and Vice President Kamala Harris received a briefing from NASA officials during the event, and previewed the first images from the Webb Space Telescope, which are "the highest-resolution images of the infrared universe ever captured," according to the White House.

The preview came ahead of the full release of the first group of pictures taken by the telescope -- a joint venture by NASA, the Canadian Space Agency and European Space Agency -- scheduled for Tuesday morning.

Biden said that the release of the images "will be a historic moment for science and technology for astronomy and space exploration, for America and all of humanity."

"As an international collaboration, this telescope embodies how America leads the world not by the example of our power but by the power of our example," Biden said.

"A partnership with others -- it symbolizes the relentless spirit of American ingenuity and it shows what we can achieve, what more we can discover. Not just about distant places but about our very own planet and climate," Biden said.

The Webb telescope's first images and data have been highly anticipated since since it launched with infrared technology that is expected to help shed new light on distant galaxies and the early universe.

The telescope is "the world's largest and most powerful space telescope" ever launched, according to NASA.

Nelson said the telescope is so powerful it will allow NASA to observe the chemical composition of other planets and determine if they are habitable.

"When you look at something as big as this is, we are going to be able to answer questions that we don't even know what the questions are yet," he said.

👀 Sneak a peek at the deepest & sharpest infrared image of the early universe ever taken — all in a day’s work for the Webb telescope. (Literally, capturing it took less than a day!) This is Webb’s first image released as we begin to #UnfoldTheUniverse: https://t.co/tlougFWg8B pic.twitter.com/Y7ebmQwT7j

On Thursday, a telescope test of a steady lock on a distant target such as a galaxy or star captured six bright stars and distant galaxies in an image. Scientists said the test image was "among the deepest images of the universe ever taken," and a preview of what's to come this week.

"From the beginning of history humans have looked up to the night sky with wonder and thanks to dedicated people who have been working for decades in engineering and on scientific marvels, we can look to the sky with new understanding," said Harris. 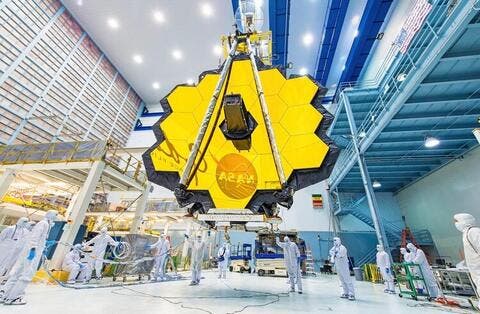 Biden also called on the federal government to provide greater investments in science and technology than it has in the past.

"These images are going to remind the world that America can do big things and remind the American people, especially our children, that there's nothing beyond our capacity," he said.