Published July 12th, 2021 - 09:01 GMT
Zaila Avant-garde (Twitter)
Highlights
The last word, after hundreds of competitors fell to some of the dictionary’s monsters, was “Murraya.”
The 14-year-old also holds three Guinness World Records for basketball and calls spelling her "side hobby." 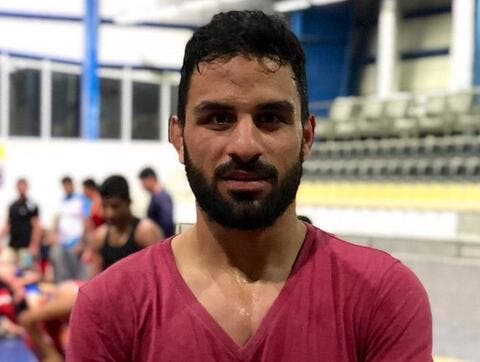 She became the first Black American to win the Scripps National Spelling Bee in almost 100 years of contests.

The first African-American winner of the competition 👏 pic.twitter.com/y2Y5dAGcVN

It felt really good to win because I have been working on it for like two years. So to actually win the whole thing was like a dream come true, I felt like at the moment I snapped out of a surreal dream, she told CNN's "New Day".

To get to that point she had to spell out "querimonious" and "solidungulate".

Zaila wins the title and bagged the first-place prize of $50,000 at the event in Orlando, Florida.

Avant-garde considers basketball her main passion. “Basketball, I'm not just playing it. I'm really trying to go somewhere with it. Basketball is what I do." She began playing basketball when she was five. Today, she holds three Guinness world records for dribbling multiple balls simultaneously. Her basketball juggling prowess has earned her 26,000 Instagram followers and a New York Times feature.
oprahdaily.com

Can you spell jealous? Spelling bee champ, Zaila Avant-gard got invited to the ESPYS by host @AnthonyMackie. pic.twitter.com/wMe6zEgobn

The only previous Black winner of the bee was Jody-Anne Maxwell of Jamaica in 1998. Zaila also breaks a streak dating back to 2008 during which at least one champion or co-champion was of south Asian descent.
theguardian.com

The national spelling bee has been held for almost 100 years. For decades, its organizers have steadily made the words more difficult, veering into the realms of medicine, art, zoology, and antiquity.

The Bee's purpose is to help students improve their spelling, increase their vocabularies, learn concepts and develop correct English usage that will help them all their lives.

Bee organizers imposed a new live vocabulary round, saying they wanted to challenge the skills of spellers.