Flowers, a Pastime For The Turks. See For Yourself!

Published May 27th, 2021 - 06:08 GMT
Florist at work (Shutterstock)
Highlights
“We are supporting local fields and increasingly buying from local sources [in Turkey] and that is a very positive step for our industry.”

Turkey is a producer of many flower varieties, but the country also imports a lot of stock to meet demand from customers. 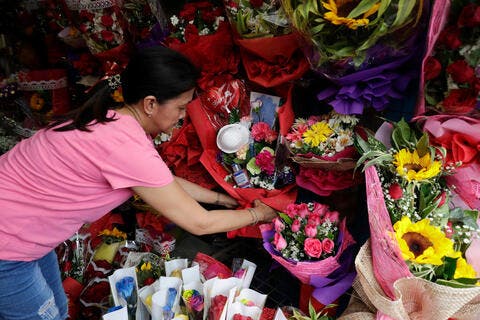 Philippines Florist Is Selling Anti-Coronavirus Bouquets for Valentine’s, and People Are Loving It

Hasan Konak, 53, has been running a traditional florist, Bebek Cicekcilik, for the past ten years. His shop is located in Yasemin Pasaji, a small arcade that faces Bebek district’s main artery Cevdet Pasa Caddesi, from where Konak has been making floral arrangements based on his customers’ wishes for many years.

“They buy flowers as gifts,” he says, “that is, unless they’re buying them for their own home. They buy them for special occasions, such as Mother’s day, Valentine’s Day, on days like that, but also whenever else is necessary.”

Asked if the flowers are local, he says that not all of them come from Turkey, “in fact, quite a lot come from overseas.”

Demand changes seasonally, according to Konak. “Right now,” he says, “lilacs are in season. Hyacinths in the spring. Narcissus flowers [in colder weather]. Sunflower season is coming up in a week.” Yet Konak says customers can get their hands on flowers from any season these days.

Konak believes “it would be better if Turkey were to produce most of the varieties we buy,” as the country “cannot meet the demand, unfortunately.”

Konak buys his flowers from a flower auction where he goes himself. “If I don’t go myself, I wouldn’t get the best flowers,” he explains with the smile of a man who knows his trade. He goes to the one nearest to his shop in Istanbul’s Ayazaga district, but, he says, there are other flower auctions in Bakirkoy, Kadikoy and Bayrampasa districts as well.

A few hundred metres further, in a large shop down the road in Kucuk Bebek, there is Ceremony, a florist that serves a high-end clientele. Sales and Marketing Manager Sena Saban says the company was founded in 1995 by designer Irem Yargici Ramazanoglu to focus on large-scale events such as weddings, dinner parties and other such events. The company then expanded to serve as a florist as well, becoming Ceremony Flowers & Events.

In an email interview with TRT World, Saban writes that flowers are a very personal choice and have a magical aspect to them. She says that while people may want specific flowers or colour schemes for certain events, there are also flowers ”that are all-time crowd pleasers, such as orchids, peonies, hydrangeas and of course, roses.”

“Our sector is very dependent on imports in order to meet demand,” she continues. “But we are leading the way in utilising fresh, local and sustainable flowers in our arrangements in the past year, [as opposed to importing most of our flowers]” she notes. “We are supporting local fields and increasingly buying from local sources [in Turkey] and that is a very positive step for our industry.”

Saban says that customer demand inevitably shapes Ceremony Flowers & Events’ floral buying choices. “Up until last year we would buy about 30 percent of our flowers from local [Turkish] sources,” she explains. “But then we started our Slow Bouquet movement, and increased our local buying percentage to 40 percent. We plan to increase this percentage up to 80 percent by visiting local fields.”

Elaborating on the Slow Bouquet project Ceremony has started, Saban notes that they are trying to create bouquets made with seasonal flowers harvested from fields closer to Istanbul and grown without any chemicals. “As the Ceremony family, we are trying to reinvent ourselves and reduce our carbon and water footprint,” she adds.

According to Saban, Ceremony attempts to be in close relations with the field owners, reaching out to them directly and figuring out when to buy flowers and when they can cut it. “We are trying to be informed customers ourselves,” she says. 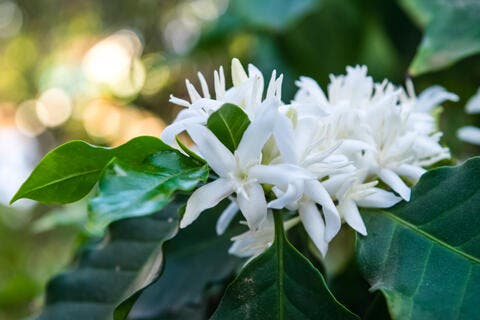 Trying to promote environmental sustainability with its Slow Bouquet project, the company extends the approach to packaging material such as vases and kraft papers as well.

“For example, we offer a discount for customers who bring their own vases,” Saban writes. “The Slow Bouquet movement is not simply a project for us, but Ceremony’s vision for [how a new generation consumes].”