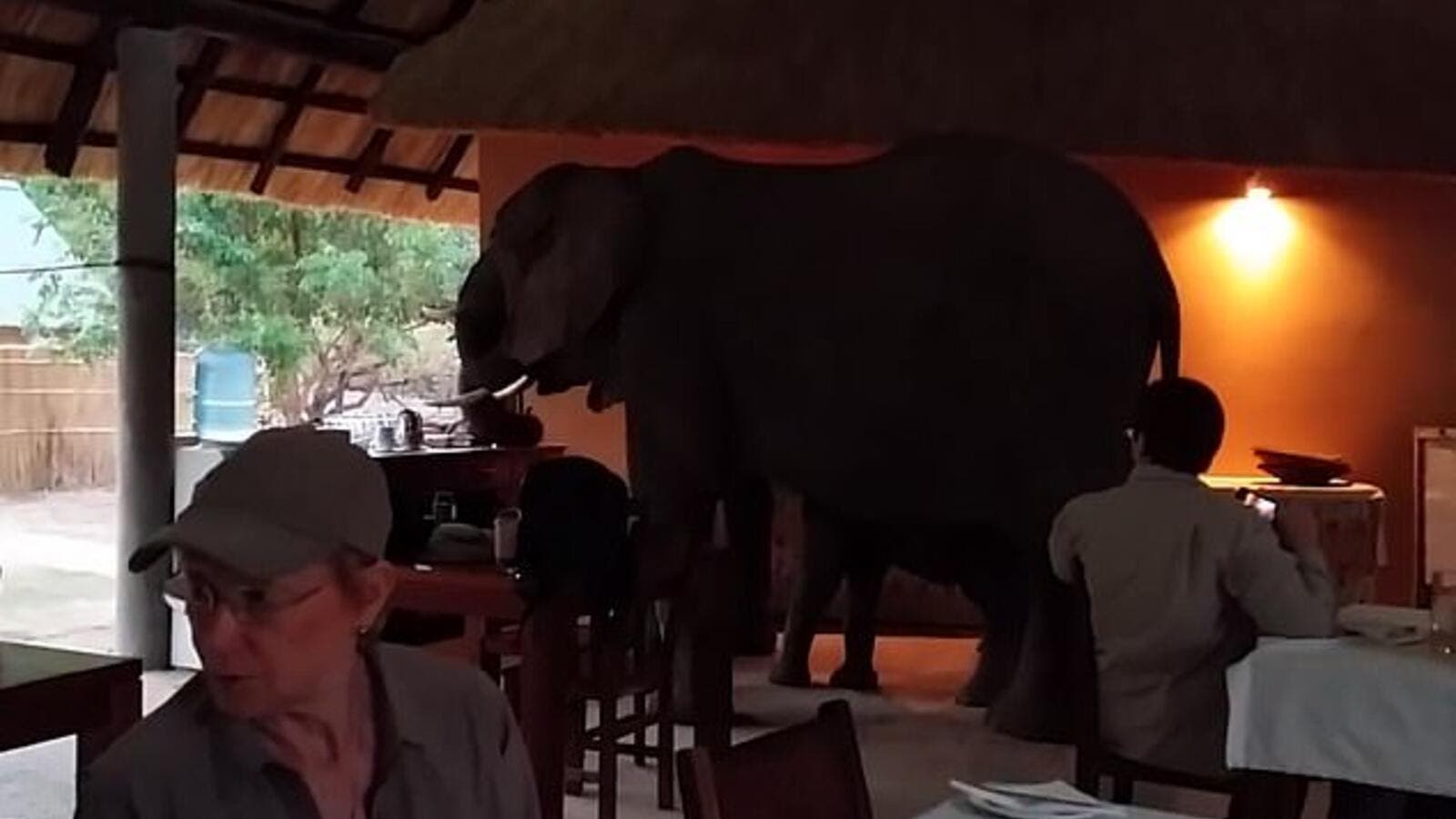 Before long, the family of elephants turns away from the tourists and moves out of the room. (Video Screenshot)
Highlights
Tourists sat still as the animals searched tables for food and knocked over coffee.

Astonishing footage has captured the moment a family of elephants invaded a hotel breakfast buffet as terrified tourists watched on in Zambia.

The clip, filmed in an open-air dining room in southern Africa, begins as an elephant investigates a table piled with cups of tea and coffee at the back of the room.

Another soon joins its companion under the thatched shelter, with a young calf running behind the pair to the astonishment of guests.

In the footage, one table is then approached by a mammal, who reaches across the group of American tourists with its trunk to hoover up toast and jam from their plates.

The animal knocks over cups of coffee in the process, as the young elephant also approaches the table and searches the surface for food.

The three elephants then move around the table, and the tourists sit bolt upright and extremely still in apparent fear of drawing attention to themselves.

But the animals pay them little notice, instead focusing their efforts on the bread baskets sitting in front of them.

Before long, the small family of elephants moves out of the room. This comes much to the relief of the tourists, who had barely moved a muscle since they appeared.

In apparent frustration at his companions making light of the visit, one tourist said: 'They can't see you unless you talk or move. We were in danger.'

Another added: 'Shut up! It's not funny'.

The clip, posted to social media on Wednesday, has since gathered hundreds of views and comments.

One user said: 'They seemed polite. Just enjoying the continental breakfast, like everyone else passing through. Toast and coffee to start the day.'

Another added: '"They can't see you unless you talk..." I don't think that's how eyes work'.

'He's thinking a T-Rex, from Jurassic Park', said a third.