Archaeologists have stumbled upon 88 ancient footprints dating back about 12,000 years in the Utah desert. 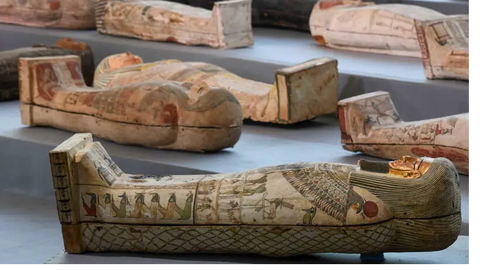 The "ghost footprints," which were discovered last month at Hill Air Force Base in Utah's Great Salt Lake Desert, get their name because they can only be seen after it rains, when the prints fill up with water, and vanish as they dry out in the sun.

The human footprints were found in the alkali flats on the Utah Test and Training Range. The 5,000-acre archaeological survey, which employs the use of non-invasive equipment such as magnetometers and ground-penetrating radar, holds other artifacts dating back to the Ice Age.

Archaeologists working for the Pentagon have discovered a set of 12,000-year-old footprints that appear and disappear. https://t.co/0v5sFPEyjl

"Based on excavations of several prints, we've found evidence of adults with children from about 5 to 12 years of age that were leaving bare footprints," said Daron Duke, principal investigator with Far Western Anthropological Research Group. "People appear to have been walking in shallow water, the sand rapidly infilling their print behind them -- much as you might experience on a beach -- but under the sand was a layer of mud that kept the print intact after infilling."

The ancient footprints discovered in Utah are only the second found in the United States. Pleistocene-Age human footprints, dating between 21,000 and 23,000 years ago, were identified last year in New Mexico's White Sands National Park.

"We have long wondered whether other sites like White Sands were out there and whether ground-penetrating radar would be effective for imaging footprints at locations other than White Sands, since it was a very novel application of the technology," said Cornell researcher Thomas Urban at Far Western Anthropological Research Group. "The answer to both questions is 'yes.'"

The dry, hot desert area preserved the footprints that were initially created in shallow water. The Great Salt Lake Desert was at one time covered by a large, salty lake. The ancient lake slowly dried up due to changes in Earth's climate.

"There have been no wetland conditions to produce the trackways" in the remote area of the Great Salt Lake desert for at least 10,000 years, according to Duke.

"As we face challenges today with the loss of water in the Great Salt Lake and across the Desert West, the area serves as a nearby example from the past as to how abruptly things can change," Duke said.

Other artifacts, including an open-air hearth, stone tools and burnt bird bones dating back 12,300 years, were found in 2016 half a mile from where the footprints were discovered.

Archaeologists plan to study, preserve and protect the prints from wind and erosion that threaten to destroy them.

"We have also collected the infill of the prints to see if we can find organic materials to radiocarbon date," Duke said. "We want to further detail the prints themselves as to who comprised the group and how they were using the area. We are also talking to Native American tribes about their perspectives on the prints."

They are called "ghost footprints" because of how they were preserved. #9News https://t.co/mlxAz1eGhl 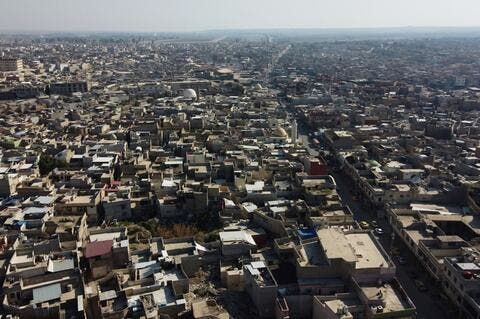 "Our shared human history and stories are what truly unite us and it's been an unbelievable experience to walk beside those who have gone before."