'Ghost Island' in The Gulf Brought Back to Life

Published May 19th, 2021 - 12:12 GMT
RAK village (Twitter)
Highlights
Guests should also stop by Al Suwaidi Pearl Farm where they can harvest their own pearls by learning how to pry oysters open.

Ras Al Khaimah, which has a history that dates back to 7,000 years, is home to some of the oldest towns in the UAE. One of them is Jazeera Al Hamra, the last authentic fishermen’s village abandoned in the middle of the 20th century. 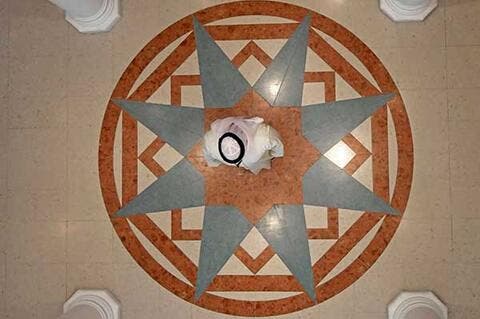 It is believed that this village is now haunted by ghosts, with several stories popping up on social media time and again.

“I tell you there are no ghosts now,” Raki Phillips, CEO of Ras Al Khaimah Tourism Development Authority, says with a smile.

Jazeera Al Hamra has been fully restored. “It is now a temporary Unesco heritage site. We have fully restored it, keeping the foundations and other elements intact,” Phillips told Khaleej Times in an interview at the Arabian Travel Market (ATM).

The #YEP Program implemented by @Amideastuae & funded by @USAinUAE arranged a visit to the Arts Festival sponsored by Al @AlQasimiFound in Jazeera Al Hamra. The students spent the day viewing the art by local artists
.
.#YouthEnglishProgram #ArtsFestival #YEP #Amideast pic.twitter.com/boM0Dn2B5I

Visitors can walk through its alleyways the way its residents used to back in the beginning of the 19th century. One can step inside old homes, and explore a fort.

But beyond the historic village are hidden gems and adventures that should not be missed.

The Jebel Jais sky tour, which consists of seven ziplines onto nine platforms, is one of them, said Phillips. “It’s an incredible experience of an hour and a half where people get a bird’s-eye view of the mountains.”

Guests should also stop by Al Suwaidi Pearl Farm where they can harvest their own pearls by learning how to pry oysters open.

The RAK Tourism Development Authority has also revealed a number of attractions that will rise in the emirate in the next couple of years — from wadi tracks to the Jais Wings for paragliding, Jais Yard for a unique F&B experience at the foothill of the Jebel Jais, as well as an eco-friendly hotel, mountain lodges, camps and a host of other attractions.

“Ras Al Khaimah is the only emirate that has all three natural assets — the highest mountain, coastline and the desert. We want to showcase the natural beauty element that the emirate offers,” Phillips said.

Abandoned by its residents in mid-20th century, Al Jazeera Al Hamra, which in English means The Red Island, is the last traditional town in UAE. A visit to the ruins is a must for all adventurers & heritage lovers. So, what do you say? #MyRAKEZ #RasAlKhaimah #Holidays #ShortBreak pic.twitter.com/YYxh3XRblA

The RAK tourism authority CEO said the emirate’s hospitality sector has 6,700 keys now and another 2,000 will be added in the next six to seven months. “We have the Hampton by Hilton on Marjan Island, InterContinental, Radisson and Movenpick resorts coming up in the emirate. All beachfront properties are in prime locations,” he said. These new properties will create 2,000 jobs.

“Ras Al Khaimah is the best place to escape from the hustle and bustle of the city and to get nature-driven experience, mountains, fresh air and mangroves. It is a quite good for a romantic getaway and temperature is 10 degree cooler when you go up in the mountains.”