Published December 21st, 2021 - 07:47 GMT
A giant millipede fossil discovered. (Shutterstock/ File Photo)
Highlights
It is only the third Arthropleura to have ever been unearthed — and the largest

The largest fossil of a giant millipede ever discovered — at 8.9 feet from head to tail, as long as a car — has been unearthed in the north of England. 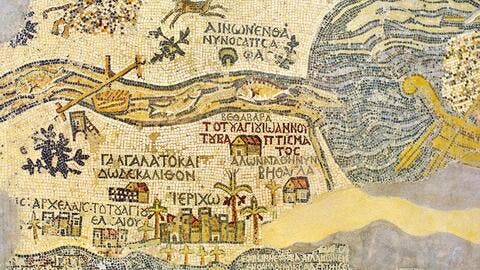 The 'Arthropleura' was found on the beach at Howick Bay in Northumberland, some 40 miles north of Newcastle, and dates back 326 million years to the Carboniferous.

The new find positions Arthropleura as the largest-known invertebrate animal of all time — ousting the previous record holders, who were ancient sea scorpions.

A fossil of a giant millipede found on a beach in northern England has revealed the "biggest bug that ever lived," paleontologists say. https://t.co/yHTe58thVt

The Arthropleura fossil was first found in the January of 2018, after the block of sandstone in which it had been petrified fell from the cliffs at Howick Bay onto the shorefront below.

'It was a complete fluke of a discovery,' said paper author and sedimentologist Neil Davies of the University of Cambridge.

'The way the boulder had fallen, it had cracked open and perfectly exposed the fossil, which one of our former PhD students happened to spot when walking by.'

The fossil was extracted from the boulder in May 2018, after the team had acquired permission from both Natural England and the landowners, the Howick Estate.

'It was an incredibly exciting find, but the fossil is so large it took four of us to carry it up the cliff face,' Dr Davies added.

Having been brought to Cambridge for analysis, the team noted that the fossil was preserved sediments deposited by an ancient river channel.

Just like modern millipedes, it exhibits multiple articulated exoskeleton segments. The section of the fossil found was two-and-a-half-feet long.

The specimen — only the third to have even been found, with the others having all been unearthed in Germany — likely weighed in at 110 lbs.

'Finding these giant millipede fossils is rare, because once they died, their bodies tend to disarticulate,' Dr Davies explained.

'It's likely that the fossil is a moulted carapace that the animal shed as it grew.'

'We have not yet found a fossilised head, so it’s difficult to know everything about them,' the researcher added.

All known Arthropleura specimens have been found in locations that, during the Carboniferous, would have been at equatorial latitudes.

While reconstructions of the previous fossils suggested that giant millipede lived in coal swamps, the new specimen suggests that it may have occupied open woodland habitats near the coast. 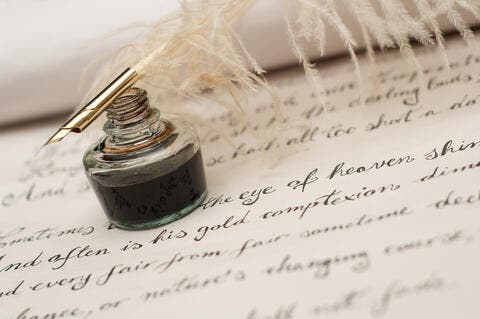 Fragment of a 12th-century Poem Discovered in Book Binding

Having been examined, the Arthropleura fossil is to go on public display at the Sedgwick Museum of Earth Sciences in Cambridge in the New Year.

The full findings of the study were published in the Journal of the Geological Society.