Ishara Art Foundation announced the opening of Growing Like A Tree: Static In The Air, the second iteration of the exhibition Growing Like a Tree curated by artist Sohrab Hura. The exhibition will be on view from 11 September 2021 to 9 December 2021. 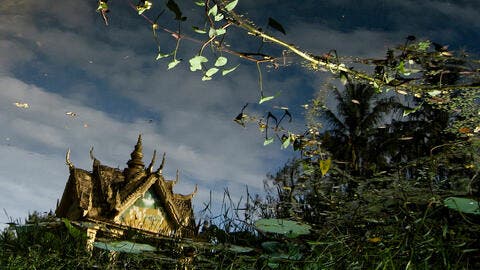 Growing Like A Tree Exhibit Opens at Ishara Art Foundation

Growing Like A Tree: Static In The Air is Ishara’s latest initiative to nurture emerging and cutting edge artistic practices from South Asia on an international platform. With this show, the Foundation furthers its commitment to path-breaking curatorial directions in the fields of photography and contemporary art by inviting Hura to expand on his debut curatorial project that opened in January this year.

From September 11 to 16, Hura will transform the existing show at the Foundation through a process of live interventions that will be open to the public. Taking a dynamic approach to exhibition-making as a form that is not fixed, Static In The Air extends Hura’s navigation in the field of image-making practices across geographic borders, drawing new nodes, maps and interconnections.

Altering in visual and aural intensity, the show introduces multiple levels of experiences as several texts in the exhibition change, newly added works sit side by side with selected existing works, some of which shift in scale and volume. Together they form a cumulative current of images, texts and sounds.

According to Hura, the reference to frequencies is a reminder of how we inhabit the contemporary through moments that cannot be cut off from the past or the future. His curation embodies this idea as the exhibition gradually unfolds, layering our experiences of time and space, image and sound.

Photographic works such as Kushal Ray’s Intimacies map time over a decade in the life of a family. Prantik Basu’s short film Sakhisona moves further into the past to unearth stories and songs performed around an ancient mound in West Bengal, where 6th-century artifacts were discovered.

In Rahee Punyashloka’s Noise reduction II: Chinatown, the screen becomes a landscape embedded with material corrosions such as scratches on film, as well as spliced imagery and fragmented voiceovers. The Packet collective creates their own soundscape by installing a dot-matrix printer that emits reams of paper into the exhibition space. Both Zainab Mufti’s The Weight of Snow on Her Chest and Raqs Media Collective’s video 31 Days reference times of isolation.

Mufti offers intimate perspectives from the inside and outside spaces of a home and garden in Kashmir. 31 Days, which is presented as a citation, performs the act of note-taking, invoking a multitude of characters both fictional and non-fictional encountered in the past year.

Static In The Air emphasizes the importance of traversing the world through listening. It gestures towards a re-tuning of sonic frequencies while learning to stay with static. Among the works that will be carried over from the previous iteration, headphones are removed from Reetu Sattar’s Lost Tune so that its sound is amplified in the space enabling it to interact differently with surrounding works and point to alternative ways of seeing - and hearing - an exhibition.

Origin by Sarker Protick lessens in volume while Farah Mulla’s work Aural Mirror goes silent, followed by an on-site activation by the artist. A book of photographs, Astres Noirs, made in collaboration between Katrin Koenning and Sarker Protick creates another visual conversation between two artists who were presented separately in the first iteration. 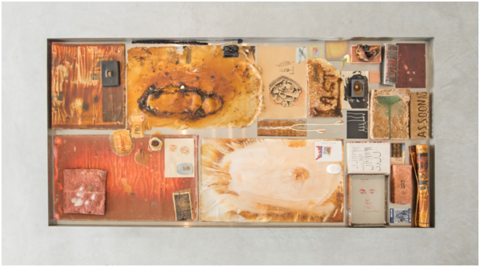 Growing Like A Tree: Static In The Air will be accompanied by physical and virtual tours, artistic interventions by guest artists including Isaac Sullivan, educational and public online programmes, and newly commissioned artist texts over the duration of the show.

Ishara Art Foundation is presented in partnership with Alserkal.