Published May 20th, 2021 - 06:32 GMT
Demonstrators holding banners and placards take part in a protest rally against Israel's attacks on the Palestinian Gaza Strip in Lahore on May 19, 2021. Arif ALI / AFP
Highlights
Yaser Ayman, a 17-year-old from Gaza expressed his devastation due to the Israeli aggression.

As the Israeli aggression on Gaza enters its 10th day in a row, the death toll in the besieged enclave reached 219, while the number of injured persons stood at 1,530, the Jordan News Agency, Petra, reported citing the Gaza Health Ministry. 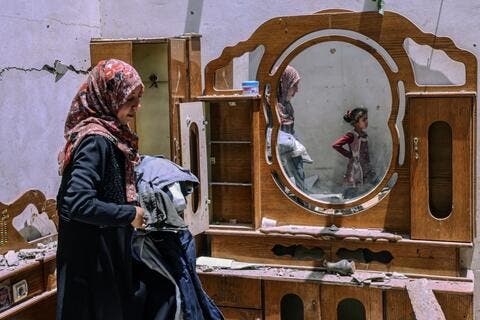 The dead include 63 children, 36 women and 16 elderly people.

Social media platforms are rife with campaigns in support of people in Gaza with the aim of drawing the attention of the international community to the suffering of Gazans in the face of Israeli aggression.

The hashtag #GazaUnderAttack has been trending for days.

Gazans have also been live tweeting their suffering under Israeli bombings, sharing numerous videos and photos of the situation in Gaza.

Young people in Gaza who are being attacked by the Israeli occupation forces have launched a campaign on Twitter under the hashtag #IAmNotANumber to send a message and raise awareness about their lives telling the world about their dreams and goals and the fact that they are at risk of being killed at any moment due to indiscriminate Israeli attacks.

Heba Hammad, a young Gazan tweeted: “I do not know what will happen to me in the next few minutes as I write this and the sounds of bombing fill the place. If I die, I cannot guarantee I will remain in one piece. I do not want to be a number, I have dreams, I want to travel and show my art to the world”. She tweeted photos of her drawings too.

Abeer Alqaraya from Gaza tweeted that she is expecting to graduate from university this semester.

“I have been counting the seconds till graduation, I have ambitions and goals that I want to achieve, but our lives now revolve around anticipating who will be the next martyr, maybe myself. Shelling comes from all directions,” she tweeted in Arabic.

Yaser Ayman, a 17-year-old from Gaza expressed his devastation due to the Israeli aggression.

“I do not know if I will stay alive or not, but I have a lot of dreams. I did not achieve any of them yet, and I am not sure if I ever will. I just wish to live in peace with my family and my loved ones,” Yaser tweeted in Arabic.

Remember me well,I'm Dr Asma from Gaza, I'm twenty-seven years old.I'm a simple person,but I have a heart and feelings.I have ambition
I still have dreams that I didn't fulfill I still have a life that I haven't lived yet.I don't wanna to go and count as just a number #انا_مش_رقم pic.twitter.com/ZJINufnpmn 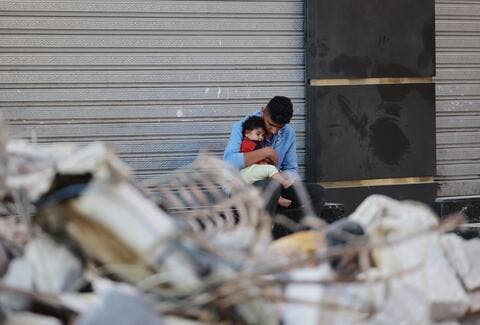 Young painter Shatha, voiced her sadness over her “wasted youth” due to the continuous Israeli aggression on besieged Gaza.

“My life is under constant threat from Israeli occupation’s bombing. I do not want my life to end and just be a number in the martyrs list, although it would be an honour to be on such a list. I am a human.” Shatha said.