Published July 4th, 2021 - 07:55 GMT
Homo longi (Twitter)
Highlights
"The Harbin fossil is one of the most complete human cranial fossils in the world."

While scientists writing in a Chinese journal herald the arrival of a new human species called Homo longi, others are not so sure. 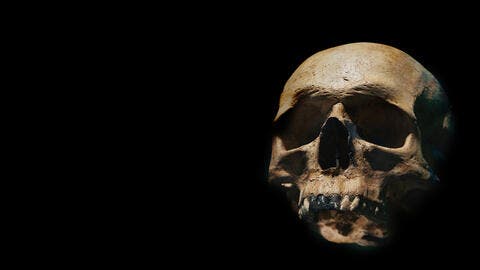 Still, the discovery is a major and exciting one

Scientists in China have named what they say is a new human species called Homo longi, nicknamed the “Dragon Man,” that was discovered in the 1930s by a Chinese labourer working for the Japanese occupying forces in China.

The Chinese man working at a construction site in northeast China, then occupied by Japan, decided against handing over the fossilised skull he found to Japanese authorities and instead hid it in a well in Harbin City in Heilongjiang Province, without mentioning its existence to anyone.

He harboured his secret for decades until 2018, when he was on his deathbed –– confessing the location of the well that held the cranium to his relatives. The family, finding the skull, donated it to the Geoscience Museum of Hebei GEO University so that it could be analysed.

Hidden down a well for nearly a century, a remarkably strange skull may belong to an entirely new human species: Homo longi, or the Dragon Man https://t.co/knUDAQwblx

The skull the labourer found in 1933 may just change history: the Harbin cranium, believed to belong to a new species of ancient human called Homo longi, is nicknamed “Dragon Man'' because it was found in the Dragon River region in northeast China. Scientists alerted the world to the discovery on June 25, 2021, and plenty of commotion has emerged since then.

Chris Stringer, a paleoanthropologist studying human origins at the Natural History Museum in London tells Popular Science that “The cranium is a fantastically preserved specimen.” He emphasises that “I think it’s one of the most important finds of the last 50 years.”

It is estimated that the “Dragon Man” dates back to 146,000 years. There are three papers already published on the subject, in a new journal funded by the Chinese Academy of Sciences, called The Innovation. The cranium has been the subject of study since 2018, and Stringer has been a part of the research team since 2019. He also happens to be one of the authors in two of the three papers.

Stringer tells the BBC that "What you have here is a separate branch of humanity that is not on its way to becoming Homo sapiens (our species), but represents a long-separate lineage which evolved in the region for several hundred thousand years and eventually went extinct.”

Homo longi—“Dragon man” as translated into English from Chinese, via Latin—is not a novel find, but rather a reinterpretation of an existing one
https://t.co/frzvmDze1W

"While it shows typical archaic human features, the Harbin cranium presents a mosaic combination of primitive and derived characters setting itself apart from all the other previously-named Homo species," Qiang Ji, a professor of paleontology of Hebei GEO University, said in a news release. "The Harbin fossil is one of the most complete human cranial fossils in the world."

According to the scientists who examined the skull, “it belonged to a 50-year old man who lived in a floodplain during the Middle Pleistocene, a time of great ancient migration,” Nicole Karlis writes in Salon. The time period is between 126 and 770 thousand years ago. “A chemical composition analysis of Dragon Man's skull puts his age at between 146,000 and 309,000 years old.”

According to the news release titled “'Dragon man' fossil may replace Neanderthals as our closest relative”, suggests that Homo sapiens and Neanderthals shared a common ancestor dating back much earlier: “The divergence time between H. sapiens and the Neanderthals may be even deeper in evolutionary history than generally believed, over one million years,’ says Xijun Ni, one of the authors of the three studies published in The Innovation. “If true, we likely diverged from Neanderthals roughly 400,000 years earlier than scientists had thought.”

The news release notes that “The researchers say that findings gathered from the Harbin cranium have the potential to rewrite major elements of human evolution. Their analysis into the life history of Homo longi suggests they were strong, robust humans whose potential interactions with Homo sapiens may have shaped our history in turn.”

Researcher Ni says "Altogether, the Harbin cranium provides more evidence for us to understand Homo diversity and evolutionary relationships among these diverse Homo species and populations," noting that "We found our long-lost sister lineage."

The scientists write in The Innovation that Homo longi “differs from all the other named Homo species by presenting a combination of features, such as long and low cranial vault, a wide and low face, large and almost square orbits, gently curved but massively developed supraorbital torus [eyebrow ridge], flat and low cheekbones with a shallow canine fossa, and a shallow palate with thick alveolar bone supporting very large molars.”

While scientists say Homo longi may be a new species in the evolution of humankind, others suggest it may belong to a group called Denisovans. This species was initially recovered from Denisova Cave in Russia thanks to a finger bone DNA that was 50 to 30 thousand years old. But, the BBC writes, “because the remains associated with this sister lineage to the Neanderthals were so fragmentary, the group has been described as a "genome in search of a fossil record".

Professor Marta Mirazon Lahr of the University of Cambridge, who believes that the Dragon Man is a Denisovan, says "The Denisovans are this fascinating mystery population from the past. There is a suggestion (from DNA evidence) that the jawbone found in the Tibetan Plateau might be a Denisovan." She adds: "And now because the jawbone from Tibet and Dragon Man look like each other - now we might actually have the first face of the Denisovan."

Two paleoanthropologists quoted by the New York Times support the Denisovan theory: “When I first saw the picture of the fossil I thought, now we finally know what Denisovans looked like,” says Philipp Gunz of Max Planck Institute for Evolutionary Anthropology in Leipzig, Germany. Karen Baab of Midwestern University in Arizona, agrees: “Harbin is better understood as a Denisovan.”

Carl Zimmer of the NYT reports that “The DNA of Denisovans clearly shows that their closest cousins were Neanderthals. The new study, based instead on fossil anatomy, indicates instead that Homo longi and Homo sapiens are more closely related to each other than to Neanderthals.” 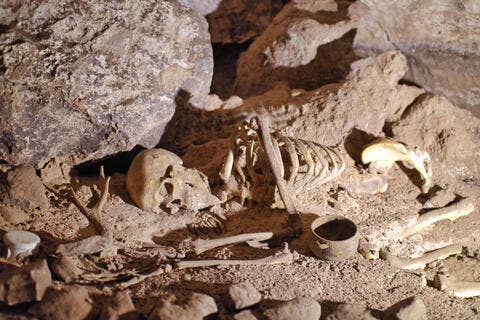 “I think that the genetic data in this case is more reliable than the morphological data,” Bence Viola, a paleoanthropologist at the University of Toronto, is quoted in the NYT.

While Dr Stringer admits that “something doesn’t match,” he stresses the importance of “the recognition of a third human lineage in East Asia, with its own distinctive combination of features.” He reportedly is ready for more surprises, perhaps to be brought on by a future DNA testing of the Dragon Man skull, and concludes “It’s going to be a more complicated plot.”