A pair of Netherlands fitness enthusiasts challenged themselves to perform pull-ups from the treads of a helicopter -- and one of them walked away with a Guinness World Records title. 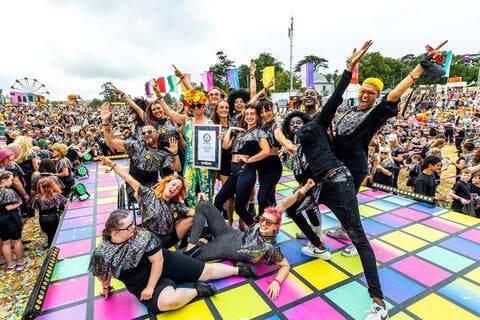 Here's Why This England Festival Broke World a Record?

Stan Bruininck, aka YouTuber Stan Browney, and his channel co-host, Arjen Albers, were accompanied by a Guinness World Records adjudicator when they took on the challenge at Hoevenen Airfield in Antwerp, Belgium.

Arjen went first and managed 24 pull-ups in one minute, breaking the previous record of 23, which was set by Roman Sahradyan of Armenia.

Arjen's time as a record-holder was short-lived, however, as Bruininck completed 25 pull-ups just moments later, becoming the new holder of the title.