How do Falcons and Poetry Come Together?

Published May 25th, 2021 - 07:25 GMT
Falcons used in the ancient art and sport of Arabic falconry (Shutterstock)
Highlights
Participants must include a recital of their poem in their own voice, along with a brief biography of themselves, the committee also indicated.

The Higher Organising Committee of the Abu Dhabi International Hunting and Equestrian Exhibition (ADIHEX 2021) opened the door on Monday for participation in the Best Poems Describing Birds and Hunting, a much-awaited poetry competition, held as part of the 18th edition of ADIHEX. 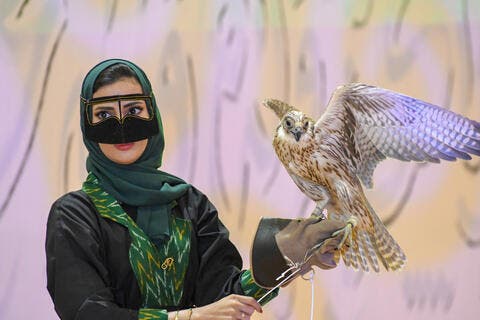 The immensely popular Nabati poetry is a vernacular Arabic poetry that expresses sentiments while stemming from the Arabic dialects of the Arabian Peninsula. The tradition of falconry, deeply-rooted in the UAE, represents the values that allowed the Bedouin to flourish, such as the sense of courage, honour and nobility, as well as the virtues of patience, willpower and companionship.

The Higher Organising Committee noted this year’s competition targets young poets as part of joint efforts “to encourage and motivate the new generations of amateurs and enthusiasts of this authentic poetry to develop their creative and literary skills and to preserve the cultural heritage which expresses the authentic Arab values”.

These falcons aren't traveling to any specific destination. There is no aviary they call home. Instead, each bird is backing hundreds of fractional interests held by investors. There's no way to split up a bird, so they remain in transit, virtualized. The plane never lands. Ever. pic.twitter.com/slq2FYB5to

The poems will be examined by a jury of leading Nabati poets and experts according to specific criteria that take into account the beautiful rhythmic structure, the aesthetics of describing falconry , the falconer’s unique relationship with his bird and the importance of the hunting trip for him.

The presenter of TODAY’s webinar, Dr. Jaime Samour, has dedicated most of his professional life to falcon medicine. Jaime moved to the Middle East in the late 80s. Most recently, he served as the Director of Wildlife, Wildlife Div of Wrsan UAE https://t.co/8nDDKqXxrH #birds pic.twitter.com/YbnJEpO3RH

The competition, which is exclusively dedicated to Nabati poetry, is open to poets of all nationalities aged between 18 and 28 years old. According to the Higher Organising Committee, each poem must be new and not previously published, between 15 and 25 verses long and following the rules of Nabati verse.

Participants must include a recital of their poem in their own voice, along with a brief biography of themselves, the committee also indicated.

“Poems must be typed and sent only to competitions@adihex.com by August 31, 2021. The results of the competition will be announced during ADIHEX,” an announcement by the committee explained.

In past years, the competition has encouraged poets to write about falconry, since there was shortage of poems in this field compared to the popularity of falconry in the region.

From pre-Islamic times the Arabian Peninsula has been home to world-class poetry that is deeply connected to values of bravery, nobility, eloquence and at times sensitivity.

Throughout centuries, poetry’s popularity has only grown in the region, attracting new audiences in both the Arabian Peninsula and other Arab countries in North Africa and the Levant.

Today, the trend has been further boosted by Emirati initiatives and competitions such as the Million’s Poet and the Prince of Poets, which have grown into some of the most popular competition shows in the world, sometimes designated as the Arab world’s equivalent to “American Idol.”

The UAE released 86 falcons into the wild in Kazakhstan as part of the Sheikh Zayed Falcon Release Programme https://t.co/3PyZPehFdP

In the UAE, poetry is also celebrated at all festivals and national celebrations, including ADIHEX, Al Dhfara Camel Festival, the Liwa Date Festival, the Baynounah Camel Mazaynah and the UAE’s National Day.

In Abu Dhabi, Dubai, Sharjah and all the seven emirates, the least that can be said is that poetry has been a daily practice in Majalis (social gatherings) and during smaller private occasions.

Two forms of poetry are usually celebrated in the country, with the classical genre generally appealing to a large audience that includes people from the Maghreb and other countries outside the Arabian Peninsula.

While Nabati poetry may resemble classical poetry in its form and artistic structure, it is distinct in its use of Bedouin vernacular. In fact, when listening to Nabati, one is struck by the pure charm of its desert heritage.

Unlike many poems in the West, Nabati poems are true extensions of Arabian culture and values passed down across generations. They are aimed at preserving the collective memory of the region and paying homage to the coexistence of nature and man. 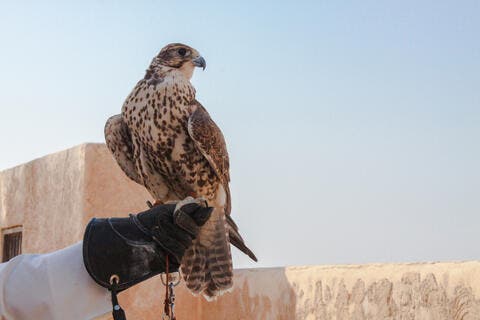 The 18th ADIHEX is held under the patronage of His Highness Sheikh Hamdan bin Zayed Al Nahyan, the Ruler’s Representative in Al Dhafra Region and Chairman of the Emirates Falconers’ Club, from September 27 to October 3, 2021, at the Abu Dhabi National Exhibition Centre (ADNEC).

ADIHEX is organized by the Emirates Falconers’ Club and officially sponsored by the Environment Agency, Abu Dhabi (EAD), the International Fund for Houbara Conservation (IFHC), and the Abu Dhabi National Exhibition Centre (ADNEC).