How Do You Save The Persian Gazelle From Extinction?

Published May 31st, 2021 - 07:36 GMT
Persian gazelle (Shutterstock)
Highlights
For several years now, we have been creating protected areas to prevent the goitered gazelle population from declining and breed this rare species, he noted.

Habitat destruction and overhunting have reduced the population of 20,000 Persian gazelle to less than 500 in habitats of South Khorasan province, putting the species in danger of extinction. 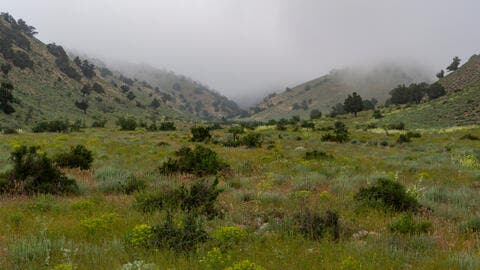 The goitered or black-tailed gazelle is a gazelle found in Georgia, Azerbaijan, Iran, parts of Iraq and Pakistan, Afghanistan, Tajikistan, Kyrgyzstan, Uzbekistan, Turkmenistan, Kazakhstan, and in northwest China and Mongolia.

Goitered gazelle are medium-sized, lightly built ungulates; however, they have a more robust body type than most other Asian Gazella species. Goitered gazelle get their name from the goiter-like enlargement on their larynx. Adult males have long, black horns that are 203 to 340 mm long, which are close together at their base and curve away from each other toward the distal ends. Unlike most other gazelle species, females are generally hornless.

Persian deer is a rare species in the east of the country that has been in danger of declining population over the past 70 years, Hassan Akbari, head of the provincial department of environment said.

For several years now, we have been creating protected areas to prevent the goitered gazelle population from declining and breed this rare species, he noted.

During this 20-year period, numerous efforts have been made to increase the protected lands in the province, and now seven protected areas and three wildlife sanctuaries are reproducing the species, he highlighted.

He went on to note that however, more habitats are needed to revive the gazelle, ISNA reported on Sunday.

Plains, where there are fewer natural barriers to defend the wildlife, have made hunting easier so that in two to three decades, almost a large number of their populations have been hunted, he said. 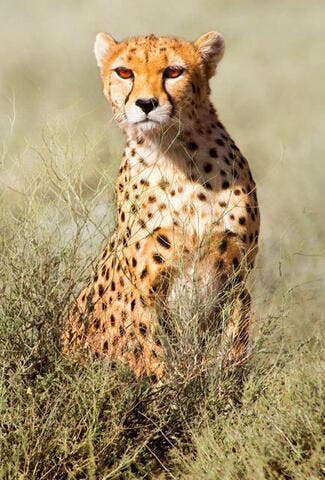 Why Would Anyone Visit The Largest Wildlife Sanctuary in Iran?

Drought, lack of food, and water have forced the animals to leave their habitats and enter insecure areas and agricultural lands, which have unfortunately caused them to be trapped and speed up the extinction pace, he further lamented.

Currently, two breeding centers in the province are home to over 150 Persian gazelles, he said, adding, the species that survive in breeding centers have low genetic diversity, and cannot prevent extinction but can help ecotourism.