How Do You Make Art Out of Tiles The Turkish Way? 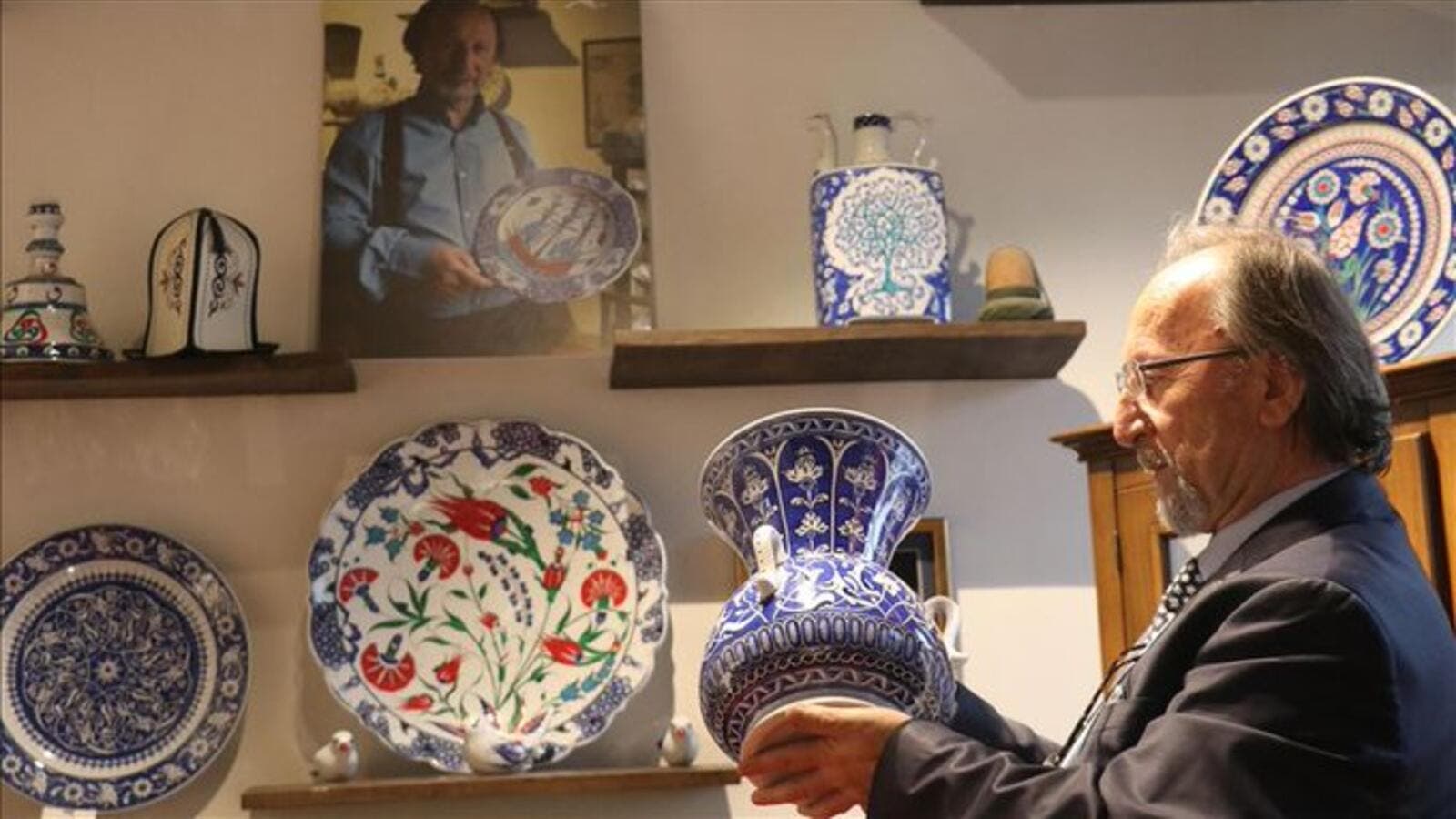 Mehmet Gürsoy (Twitter)
Highlights
He said another meaning of tiles is the art of hiding the colors of precious stones under secrets.

For over four decades, an award-winning craftsman working in western Turkey has been making the world a more beautiful place one tile at a time.

Mehmet Gursoy, who was awarded the UNESCO Living Human Treasure Prize in 2009, has been contributing to the art of tiles for 44 years using 16th century designs and painting techniques in Kutahya, one of the best-known centers in the world for the unique art.

Gursoy told Anadolu Agency that traditional tile art, also defined as flowers blooming in fire, is an important branch of art that is a heritage passed down to modern Turkey from the Ottomans.

Saying that Ottoman era colors had fallen out of disuse when he started producing the tiles, he added: “I put all these colors to use: coralline, emerald green, blue of lapis lazuli, and turquoise blue. Our ancestors adorned tile works with the colors of gems.”

He said the art shows progress with every passing year, adding that the latest products made in Kutahya are better quality and more elegant.

“In 1986, a tile contest in the categories of vases, plates, and boards was held under the auspices of the presidency. In this contest, the international jurors deemed me worthy in all three categories.”

“Tiles for me are a kind of music for the eyes. The musical notes of this art are tulips, carnations, roses, and hyacinths," said Gursoy.

He said another meaning of tiles is the art of hiding the colors of precious stones under secrets.

“Apart from these, there is a third definition of tiles: Tiles are a game of fire,” he said, adding that after completing the manual work, the files are put into ovens heated to 950 C (1,742 F), where the fire’s forge chooses their final shape.

“Turkish tile art occupies all hearts,” he said, adding that the art fills people with a positive energy when it is touched and examined carefully.

“To date I have held 72 exhibits in 50 countries from European countries to the U.S., China, and Japan,” Gursoy noted, adding that he did 15 shows in the U.S. alone.

“Foreigners are interested in tile art. The pieces I display in the exhibitions are snapped up,” he said.

He added that around 50 students he trained in art of tiles now teach it across Turkey both at universities and city-run workshops.