This is How France Tightens The Screws on Muslims

A dizzying array of anti-Muslim policies is now becoming a regular feature of French politics.

The French parliament is set to ban Muslim women from attending their children's school trips while wearing the hijab, a symbol it sees as a threat to all the things the Republic stands for.

Passed earlier this week, as part of the "Separatist Bill", which is making its way through parliament, the amendment could see another hurdle placed in Muslim women's lives and their participation in society and even their children's education.

Demonstrations against separatist bill and Islamophobia continue in France

▪️Being criticized as targeting Muslims in France, the new 'separatist' bill and Islamophobia are continued to be protested in cities such as Marseille, Lille, Strasbourg, Bordeaux, Lyon, and in Paris. pic.twitter.com/qyyaLV4tMp

The French state, perhaps naturally, doesn't quite see it that way. It believes that in stigmatising the hijab from all areas of public life, it will liberate Muslim women from Islam.

"Muslim women are simultaneously oppressed and submissive, but also threatening to the French status quo, both as a result of their Muslimness," says Dr Amina Easat-Daas from De Montfort University speaking to TRT World.

In her book "Muslim Women's Political Participation in France and Belgium," East-Daas found that Muslim women in France faced deliberate hurdles in participating in politics, often due to their religious affiliations.

That often brazen lack of self-awareness or what some may say is the French way of doing things was on display on Monday when an official government account linked with the French Ministry of Interior went on an eleven tweet rant against the use of the word Islamophobia to describe anti-Muslim sentiment.

The term is an "imposition by the Islamist" to silence critique of Islam said the account going on falsely link its use to the incitement of murder.

"The French government's denial and rejection of the term Islamophobia and the evocation of an arguably much more vague idea of 'Islamism' functions to demonise and otherise French Muslimness on multiple levels," says East-Daas.

The last year has been tough on the country's 5.4 million Muslim minority, even by French standards.

Each week brings new attacks on the Mulim community as presidential elections approach in 2022.

The government of French President Emmanuel Macron is increasingly beleaguered and eager to steer the conversation towards identity politics. The country's mismanagement of the Covid-19 pandemic and a flawed vaccine rollout has taken a toll on his poll ratings which could see him lose to the far-right leader Marie Le Pen.

In the past, Macron has claimed to want to fight racism and anti-Muslim discrimination. Still, it has been more than willing to dabble in fearmongering and stigmatising Muslims, an easy target in France, where anti-Muslim sentiment is widespread.

The paradox of wanting to fight "discrimination whilst simultaneously directly instigating and maintaining discriminatory legislative practices... [which] targets Muslims and also [a] socio-political discourse that directly discriminates against and otherwise French Muslims is incoherent," says East-Daas.

'They don't want to address the reality of racism'

However, that level of incoherence has to make way for the political expediency of the kind only politicians panicking for their futures can conjure. Only last week, France's right-wing Interior Minister Gerald Darmanin railed against a mosque being built in Strasbourg after supporting its construction in 2017.

Back then, France was in election mode, and Macron was running as a fresh face unencumbered by France's stagnating old political parties. A lot has happened since then.

As the French populace has grown weary and disenchanted with Macron — his disapproval ratings stand at 58 percent — his cabinet has embarked on a multipronged attack on the country's Muslims.

France's Minister of Higher Education, Frederique Vidal, has in the past declared that the state will investigate how far "Islamo-leftism" has penetrated French universities.

Not to be left out, the French Minister of Education, Jean-Michel Blanquer, has pejoratively stigmatised academics as "islamo-leftists" for speaking out against state-led racism.

It doesn't take much nowadays to get into the government's crosshairs, as the human rights activist Marwan Muhammad discovered when French government accounts started trolling him on Twitter.

A proposal to dissolve various anti-Islamophobia groups, including the Collective Against Islamophobia in France (CCIF), which offers legal support to victims of Islamophobia.https://t.co/ASNMmuRBWs

Muhammed, a high profile activist in the country, has regularly challenged and spoken out against state-led discrimination, a reality that wider French society has found hard to grasp.

"I am targeted for my work on racism and islamophobia," says Muhammad when TRT World reached out to him after the government campaign against him.

"They can't accept that a person like me can speak truth to power. The French government targets and tries to intimidate any person or organisation who disagrees with their policy," he added.

When in January the French Council of the Muslim Faith (CFCM), which is close to the state, published a document called the "Charter of Imams," several Muslim organisation were quick to condemn it.

The document, a pet project of Macron, outlines a set of principles that would define an Islam of France. Those who don't sign up to the charter, which, amongst other things, forbids imams from speaking about state-led racism, will be considered extremists.

"They don't want to address the reality of racism and islamophobia in France," says Muhammad. 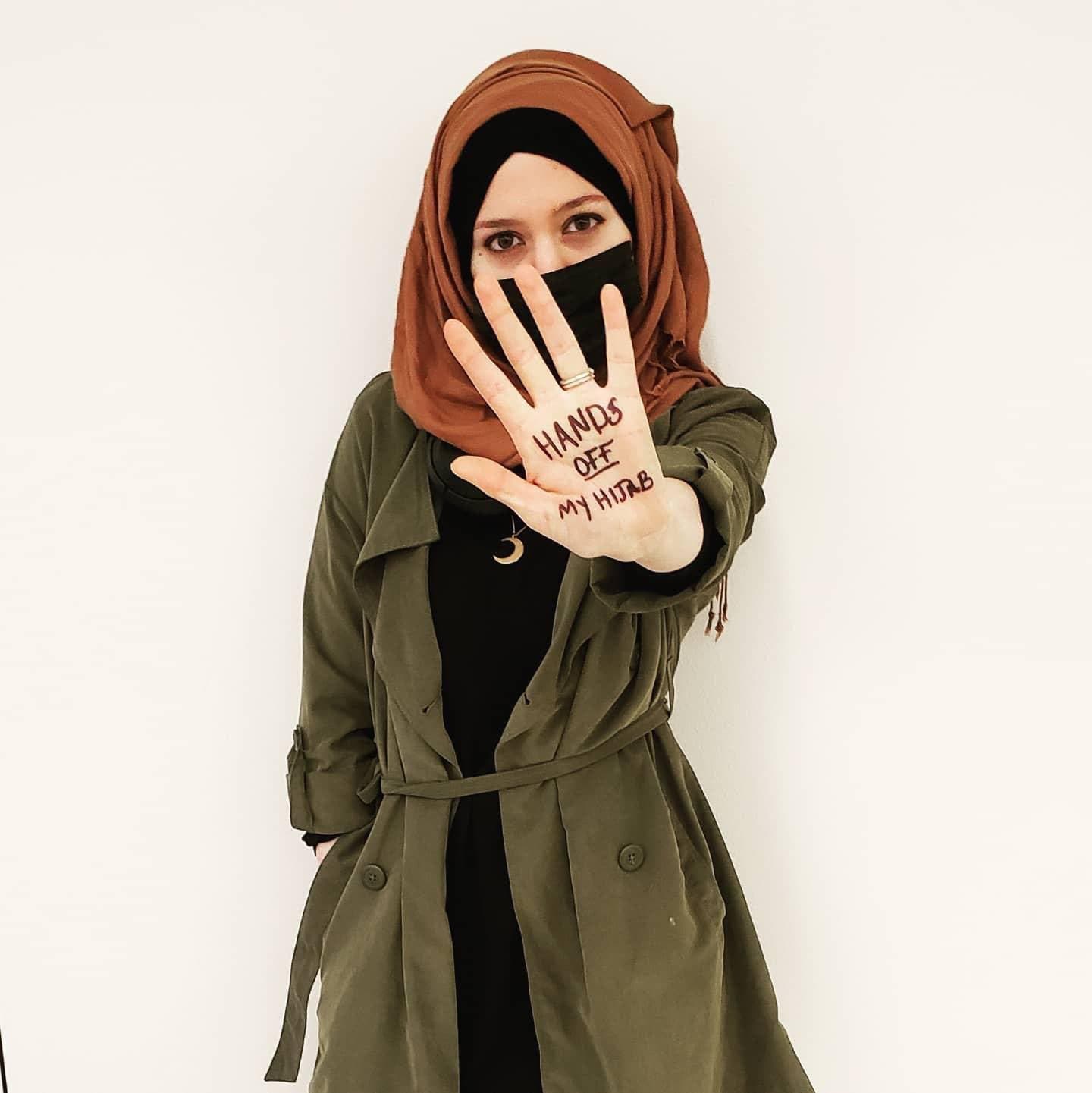 "Racism in France is not going to disappear just because the government says so. Even more when they condone it and are responsible for its continuity," he added.