How Will The Chinese Communist Party Fair in The Next 100 Years?

The Communist Party is well-aware of the significant transformation of Chinese society over the last 100 years and it's willing to change its old ways to attract the 'best and brightest' youth. 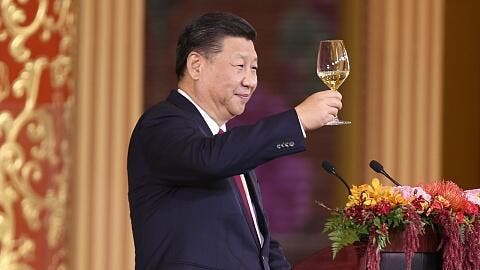 Su Xiaodong was born five years after the communist armed forces led by Mao Zedong proclaimed the People’s Republic of China in 1949 after a brutal civil war.

"At that time, all young Chinese aspired to join the Party," said Xiaodong who became a member of China’s Communist Party at the age of twenty.

"It was really a long-cherished dream."

After dedicating his life to the party’s class struggle, the 67-year-old has witnessed a huge ideological shift over the years in the Communist Party which transformed China from a famine-racked agricultural society into a global economic powerhouse.

As the party marks its 100th anniversary with a week-long celebration, propaganda posters that read — “without the Communist Party, there is no new China”-- emerged all over the capital Beijing. An extravaganza of song, dance, movies and theatres are ready to showcase China’s rise into a great power over the past century.

China's ruling Communist Party is marking the 100th anniversary of its founding with speeches and grand displays intended to showcase economic progress and social stability to justify its iron grip on political power. https://t.co/oivYtBsNTe

Today, China is the world’s second-largest economy and soon to be the number one if the trend continues. It has an ever-growing high-tech military establishment, the world’s largest navy, a vast number of cosmopolitan cities and a booming entrepreneurial middle class.

The Communist Party has stayed firmly at the centre of this success story, ruling the massive country for 72 years with its 92 million members.

But the anniversary has been preceded by a clampdown on potential dissident activity, including a spate of arrests made under a law banning the defamation of national heroes, and an online venue for citizens to report "historical nihilists," a phrase referring to those sharing unsanctioned and often dark parts of the party’s history.

The censorship of already tightly controlled cyberspace has significantly intensified over the years. Two people working at the censorship unit of social media firm Bytedance Ltd and one Beijing-based sensor for Chinese search engine Baidu.com said they had received new directives in recent months on removing negative commentary about the anniversary.

The atrocities nevertheless are too big for the Chinese government to cover. During Mao’s rule, which was dubbed 'the Great Leap Forward', his forced rural industrialization project in vast rural China triggered the largest famine in history which killed 30 to 40 million people. The Great Proletarian Cultural Revolution he led in 1966 caused job losses of a massive proportion and took the lives of as many as 100 million people.

Mao’s successor Deng Xiaoping, who came to power in 1976, shifted the party's focus from a communist class struggle to economic modernisation and political liberalisation.

Deng moved China from the Maoist economic model and opened the country to foreign investments. He introduced Chinese labour forces to the global market, turning the vast country into one of the world’s fastest-growing economies.

Deng’s limited opening of the country restored the party’s popularity at the time but it went only so far. Due to rising inflation and corruption in the party, millions of Chinese citizens took to the streets across the countries in 1989. The infamous massacre of students in Tiananmen Square by the security forces is still seen as a striking message to anyone who dares to challenge the party.

Xi Jinping who came to power in 2012 adopted new strategies to strengthen the party’s authority and to rapidly centralise power. President Jinping pushed for the party’s huge bureaucracy to reduce factionalism and corruption. He promised to pursue more economic development projects for Chinese citizens such as social welfare programs. And in the international arena, Jinping made the economic powerhouse a global player.

But with the rise of the internet and social media, and the ability of millions of Chinese to travel or study abroad, Jinping has also expanded the state repression into every corner of the digital world and tightly controlled the information flow between China and the rest of the world.

A new generation of party members

Despite the increasing crackdown on civil society groups and dissidents, a majority of Chinese people still have a traditional view towards the state authority and they largely focus on the party’s ability to improve their socio-economic standards rather than democratic liberties.

Nevertheless, with the drastic growth of the middle-class and fast-speed urbanisation, more young and urban Chinese people seem to want more freedom and less state control of private life.

The research conducted by Asian Barometer Survey in 2014-2016 in China illustrates that change. In the survey, 32.5 percent of those who consider themselves middle class expressed their dissatisfaction with the political system and almost half of the city dwellers endorsed liberal and democratic values, compared to 20 percent of the non-middle-class participants.

The Communist Party is very well aware of the socio-economic transformation. The party’s focus has continually evolved from the communist intellectuals and the proletariat to entrepreneurs and youth.

The Communist Party of China has taken out full page advertisements in Indian news media today celebrating its 100th anniversary.

What apps is “Strong 56” leader” Narendra going to ban now as a “befitting response”? pic.twitter.com/XBWuGi0XZx

The 28-year-old Lectrice, who declined to give her full name for security reasons, grew up eating KFC and watching American TV drama shows for teenagers. She loves wearing Nike Air Jordans and supports the #MeToo movement. She is also a staunch member of the Chinese Communist Party.

"People assume party slogans ring hollow because they sound too glorious. But if you put aside the rebellious spirit youth usually have, these slogans are actually a good guide for self-cultivation," Lectrice said.

Today's multi-layered, more than two-year application process for the party membership aims to recruit the best and brightest minds regardless of class background. The focus is now increasingly turning to the urban educated youth.

Party membership grew by a record 2.43 million in 2020, and about 80 percent of new joiners were 35 or under, according to figures released on Wednesday by the party’s Organisation Department. Growth this year is set to be even faster, with 2.31 million joiners in the first six months, bringing membership to 95.15 million.

As a room for public dissent has narrowed dramatically under Xi, China has ramped up pro-party national education and propaganda, which has fed rising nationalism, especially among the youth, who have known only a politically and economically thriving and confident China.

But the party has nonetheless consolidated public support, most recently by leaving the pandemic restrictions behind, eradicating absolute poverty and maintaining economic growth. And that has sent a strong message to the youth as the party's longevity hinges on its promise of continued economic growth and its adaptability towards young people.

"China has been developing for so long thanks to the efforts of our forefathers and that generation of the party members," said 23-year-old student and party member Li Peng who visited the 32-metres high statue of Mao in southern Hunan province. 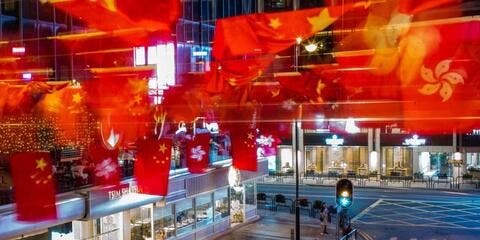 How is The Chinese Communist Party Reshaping The World?

"The CCP isn't dying. It's a party that's full of life... now, young people are particularly patriotic and unafraid to speak out", Peng said.