Published June 1st, 2021 - 08:03 GMT
Frenchman Benjamin Briere (Twitter)
Highlights
President Joe Biden has since joined in talks aimed at restoring the deal. But Washington and Tehran have reached an impasse, with each insisting the other move first to revive the deal.

Iranian authorities indicted a French tourist on charges of spying and spreading propaganda against the system, his lawyer said Sunday. It was the latest in a series of cases against foreigners amid heightened tensions between Iran and the West. 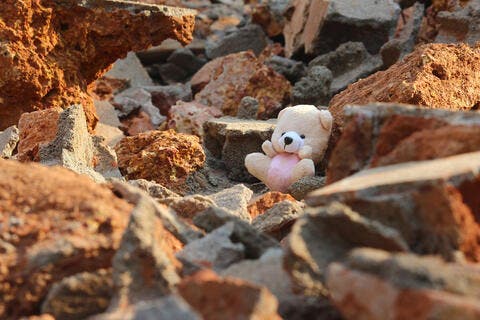 In One Month 950 Earthquakes Recorded Across Iran

Benjamin Berier was arrested in May last year after taking pictures in a desert area where photography is prohibited and asking questions “in the media” about Iran’s obligatory Islamic headscarf for women.

Under Iranian law, a spying conviction can bring up to ten years in prison and a conviction on a charge of spreading propaganda against the system can be punishable by three months to a year.

Berier’s indictment was handed down by the justice department in the northeastern city of Mashhad. It wasn’t immediately clear when his trial would take place.

🇮🇷 The Islamic Republic of Iran is a member of the UN Commission on Criminal Justice. https://t.co/bzJXrOq8wt

Rights groups accuse hard-liners in Iran’s security agencies of using foreign detainees as bargaining chips for money or influence in negotiations with the West. Tehran denies it, but there have been prisoner exchanges in the past. Last year, Iran and France swapped French researcher Roland Marchal for Iranian engineer Jalal Ruhollahnejad.

Berier is the latest Westerner to be held on widely criticised espionage charges.

In March, prominent British-Iranian dual national Nazanin Zaghari-Ratcliffe reappeared in a Tehran court to face similar accusations of spreading propaganda after completing a five-year prison sentence. She remains in limbo in Iran awaiting a verdict, unable to return to London.

The cases come as Iran escalates pressure on the United States and European powers, including France and Britain, to grant badly needed relief from sanctions. Harsh sanctions were reimposed on Iran after the US withdrew from Iran’s nuclear accord with world powers in 2018.

President Joe Biden has since joined in talks aimed at restoring the deal. But Washington and Tehran have reached an impasse, with each insisting the other move first to revive the deal.

Iran is holding over a dozen Western passport holders, mostly dual nationals, in what rights groups condemn as a policy of hostage-taking aimed at winning concessions from foreign powers.

Tehran, which does not recognise dual nationality, insists that all those held have been subject to proper judicial process.

This is Frenchman Benjamin Briere and his campervan exploring Iran before he was kidnapped and thrown into a Mashhad prison. This case mirrors that of Australian backpackers Joely King and Mark Firkin, imprisoned in Evin in 2019 for the "crime" of taking photographs as tourists. pic.twitter.com/Uc2JNDrcmU

But it has also not ruled out exchanges for prisoners held in the West. Yet so far there has been no concrete indication of a deal accompanying ongoing talks on the Iranian nuclear drive.

Foreign nationals are imprisoned, under house arrest or unable to leave Iran in cases confirmed by the Iranian authorities, foreign governments or rights activists. 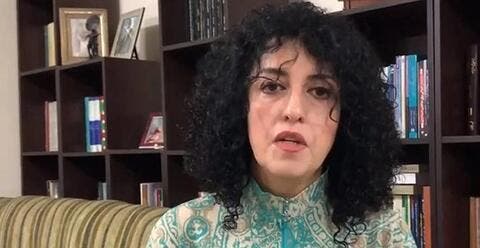 Foreign nationals imprisoned include four from the US, two from Canada, two from Sweden, two from Austria, two from France, two Germany and three from Great Britain.

Activists also fear there have been more cases yet to be confirmed.