Published June 3rd, 2021 - 06:02 GMT
Austria's Ministry of Integration today presented an "Islam Map" featuring more than 600 Muslim organizations and mosques alongside extremist and radical groups. (Twitter)
Highlights
One of Australia's most prominent Muslim organisations is planning to file a lawsuit against the government for creating the database that it has called "unprecedented."

A severe backlash to a project aimed at monitoring Muslim organisations puts the Austrian government in a tight spot as it faces charges of Islamophobia. 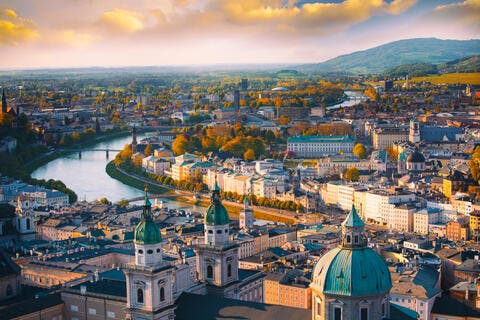 What is Behind Austria's Controversial 'Islam Map'?

Austria's right-wing government has sought to defend a contentious "Islam map", which has sparked an outcry amongst the country's Muslim community and is increasingly drawing international condemnation.

Last week the government, alongside several academic professors from the Univerisity of Vienna, launched a "National Map of Islam", which was made available on a website with the names and locations of more than 620 mosques, orgaisations and officials.

The initiative has alarmed many of Austria's Muslims and the ruling centre-right OeVP party's coalition partner, the Greens, also distanced itself from it.https://t.co/AubbhYuA2t

Austria has a dark history of documenting the activities of its minorities. Some are now warning that the database could put the lives of Muslims in danger by exposing them to far-right extremists and fostering suspicion towards the wider Muslim community.

The academic and anti-Islamophobia scholar Farid Hafez warns that some Muslim community members are worried "that since this information is now more public, they could be potentially attacked."

The controversy around the map is not just that the location of Muslim organisations and mosques has been identified, Hafez told TRT World. "The addresses of private individuals in charge of some of these associations are registered under their name. There is a lot of data that is highly private that has now been made public."

One of Australia's most prominent Muslim organisations is planning to file a lawsuit against the government for creating the database that it has called "unprecedented."

The Islamic Religious Community in Austria also said the database stigmatises Austian Muslims as a "potential danger to society and the democratic legal order in the country."

In a statement, the Council of Europe, an international human rights organisation, called Austria's database "hostile to Muslims and potentially counterproductive."

The "Islam map" is part of a broader project in Austria called the Documentation Centre for Political Islam that was initiated in 2020.

Equipped with an annual budget of more than half a million dollars, the principal aim of the centre is to monitor Muslim organisations and individuals to investigate their religious and political orientation.

The #Kurz administration's #IslamMap "'demonstrates the government's manifest intent to stigmatize all Muslims as a potential danger,' the IGGOe, #Austria's Muslim representative council, said in a statement on Thursday."

Such draconian measures may seem out of place in a country that prides itself in learning from the dark lessons of World War II and claims to have transformed itself into a democracy.

However, recent events have shown that its political establishment is ignorant of Austria’s history.

In November last year, Austrian police raided the homes of Muslim activists and academics on the anniversary of a Nazi-led pogrom called Kristallnacht, which resulted in the mass arrest of Jews and the destruction of their businesses in the 1930s.

Among the activists targeted was Farid Hafez, the academic. No one arrested in those raids has been charged with any criminal act and many of them were later released. The activists have accused the government of targeting them in what amounts to politically motivated raids, which left more than 62 children psychologically traumatised.

"The wider problem is that the 'Documentation Centre for Political Islam,' which is the institution that has published this map, has given the underlying message that all of these more than 600 Muslims institutions might be a problem of political Islam," says Hafez who continues to document and raise awareness on the Austrian governments continued attacks on the country's Muslim community.

One critic likened the Austian government’s move to right-wing extremists who keep a list of Muslim organisations in Germany. Contrasting that with Austria, where the government conducts such an initiative.

Hafez said that it "was very clear from the very beginning that something like this Islam map or a similar project would come out to map so-called political Islam."

"It's my understanding that this whole notion of political Islam is nothing  but a way to stigmatise Muslim civil society," added Hafez.

Following its publication, the right-wing Austrian press was quick to use the Islam map to cast suspicion on the Muslim community. As the controversy mounted, the University of Vienna demanded that its logo be removed from the project.

The swift outcry that followed the ‘Islam Map’ has raised hopes that a political coalition is emerging against the Austrian government’s anti-Muslim policies.

The spokeswoman of Austria's Green Party, which is in a governing coalition with the right-wing People's Party, who commissioned the project, has also distanced itself, saying "no Green minister or MP was involved or even told about it."

The country's Protestant Church also called for the map to be immediately taken down.

"The next step must be to shut down this website completely," says Hafez.