Published May 29th, 2021 - 07:47 GMT
Palestine and quids and map typography (Shutterstock)
Highlights
Much of the confiscation took place between 1949, when Israel placed most Palestinians in Israel under military rule, and 1966, when military rule ended.

The country’s fault lines have become more visible as Palestinian citizens of Israel have mobilised in the face of historic dispossession and discrimination. 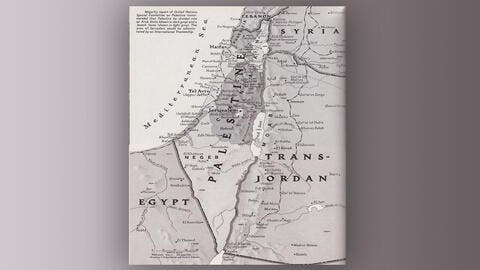 Israel, which prides itself as being the “only democracy in the Middle East” has long presented so-called “mixed cities” like Haifa and Lod as a model of coexistence between Jews and Palestinians.

But with the world’s attention gripped as fighting between Israel and Hamas turned into an Israeli bombardment campaign of Gaza for eleven days before a ceasefire was reached, another rupture was taking place within Israel.

Long-standing grievances among Palestinian citizens of Israel – over police brutality, government surveillance, and being forced to suppress their Palestinian identity – exploded and inter-communal violence spread across the country.

Since May 9, thousands had taken to the streets in Haifa, Jaffa and Lod to express their support for their fellow Palestinians in the occupied territories.

This embroidery of the Palestinian map was made by my mom and grandma. We’ve had it for more than 12 years. Mom loves to make those every now and then. pic.twitter.com/LEW1JbYx5z

The response from the police was to use riot techniques to violently break up peaceful protests, while Israeli security forces were deployed into Palestinian neighbourhoods inside the country and armed Israeli Jewish vigilantes began targeting and attacking Palestinians.

Then came ‘Operation Law and Order', launched by Israeli authorities on May 24, in which thousands of national police officers, Border Police members, and army reservists arrested hundreds of Palestinian citizens accused of participating in the protests.

Israeli police claimed they were looking for “the rioters, the criminals, and everyone who was involved in the events, in order to prosecute them” and to “settle the score” with those who took part. Over 1,550 people had already been arrested in the two weeks prior.

The Haifa-based Palestinian legal centre Adalah said the Israeli government was “giving a free hand to racist and violent oppression…Arab citizens have been left with no alternative except to appeal to the nations of the world to force Israel to protect them”.

The scope of the demonstrations came as a surprise to some Israeli analysts, who often speak of these Palestinians as part of Israel’s socio-political fabric, as opposed to those in the occupied territories.

History of dispossession and discrimination

Often erroneously referred to as “Arab Israelis” in Israel, Palestinian citizens of Israel number just under 2 million and constitute 20 percent of the country’s population. However, Israeli and Palestinian rights groups estimated less than 3 percent of all land in Israel falls under the jurisdiction of Palestinian municipalities.

The war in 1948 – known as the “Nakba” or catastrophe – and subsequent forced expulsion of over 750,000 Palestinians, saw nearly 85 percent of territory seized from between 400-600 villages, cities, and tribes in what would become Israel.

Much of the confiscation took place between 1949, when Israel placed most Palestinians in Israel under military rule, and 1966, when military rule ended.

In thirteen maps, we explain how Israel’s military control over the Palestinian people affects every aspect of their lives: https://t.co/DfygFysKjE pic.twitter.com/aCM3xbzygr

One historian estimates that of the 370 Jewish towns and villages established by the Israeli government between 1948 and 1953, 350 were built on land confiscated from Palestinians. And since 1948, the creation of more than 900 “Jewish localities” in Israel were authorised but none for Palestinians, outside of a few townships and villages in Galilee and the Naqab (or Negev in Hebrew).

Most of the Palestinians living in the “mixed cities” today are descended not from the original families living there but from refugees who got trapped in them as they were fleeing in 1948. The Israeli army frequently herded the refugees into the poorest areas of historic Palestinian cities.

Today, approximately 416,000 Palestinians remain internally displaced in Israel and the government does not recognise their right to return. 36 villages inhabited by more than 100,000 members of the Negev Bedouin community are also deemed illegal.

Over the past three decades, there has been an effort to “Judaize” the “mixed cities”, where a section of Jewish settlers from the occupied territories have been lured by state-sanctioned religious funding to encroach upon Palestinian neighbourhoods in Israel.

Despite being granted Israeli citizenship in 1952, Palestinians still faced a host of discriminatory laws denying them access to their land, limiting their economic prospects and restricting their movement.

While they could vote, form parties and hold public office, extensive surveillance and retaliation towards those who criticised the state fostered a widespread climate of fear among Palestinian citizens.

Since its establishment, the Israeli state has enacted over 60 laws that have entrenched second-class status for Palestinians in the country.

Even though housing discrimination is legally banned, Jewish communities often setup admission committees that effectively reject Palestinian citizens from living in Jewish areas for being incompatible with the “social-cultural fabric.”

A stark reflection of this is in the schooling system. On average, the Israeli government invests under $8,000 per Arab high school student, while committing over $13,000 per Jewish student.

Approximately 30 percent of Palestinian citizens between the ages of 18-24 are neither studying nor working. Less than 20 percent have academic degrees, further limiting their employment opportunities.

This problem is especially acute in the cities which saw upheavals in Israel this month: Lod and Acre, where only 33 percent and 43 percent are employed, respectively.

Pursuit of an integration strategy after the Second Intifada in 2000 saw Israel push several economic development initiatives, but they have failed to alleviate the deprivations that Palestinians continue to face.

Added to the mix has been a toxic far-right shift in Israeli politics, further emboldening explicit racism and prejudice against Palestinians that has increasingly become mainstream, crystalised in the growing support for expelling Palestinian citizens from Israel.

Then in 2018, a controversial “Jewish nation-state” law was passed, which many described as legalising apartheid against non-Jewish citizens in Israel.

Hatred for Palestinians has been so normalised to the extent that polls now show young Jews are more radicalised than their parents. Nearly half of religious and a quarter of secular Jews aged between 16-18 advocate stripping Palestinians of their citizenship. 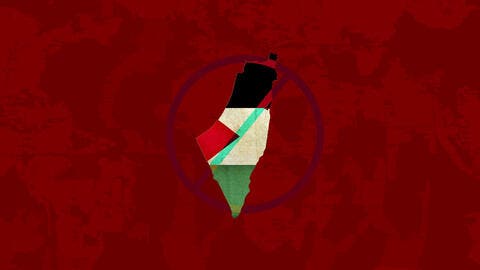 Why is Palestine Not on Google or Apple Maps?

It is against this grim backdrop which the events of this month came: the dispute around the expulsions of Palestinians in Jerusalem’s Sheikh Jarrah, the police raid at the Al Aqsa Mosque, and Israeli aggression in Gaza.

And in response, Palestinian citizens of Israel are explicitly identifying themselves as belonging to one people collectively resisting what they see as settler colonial rule.