Istanbul's Beykoz Glass and Crystal Museum Testifies to Past Glory!

Published July 7th, 2021 - 05:41 GMT
The Beykoz Glass and Crystal Museum (Instagram)
Highlights
In the same room, there are Memluk oil lamps, one of which stands out from the others – it is a goblet-shaped lamp with a slight turquoise tint to it.

The museum, housed in a former stable and located in a lush green botanical garden that is also open to the public, is a destination that Istanbulites and tourists must not miss. 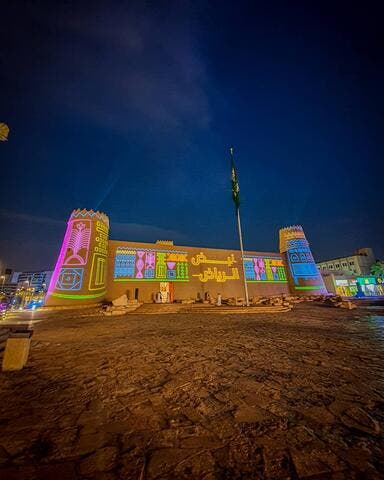 The Beykoz Glass and Crystal Museum is in a gorgeous wooded area in Istanbul’s Asian side. Close to the Fatih Sultan Mehmet Bridge (also known colloquially as ‘The Second Bridge’) it is easily accessible from the European side and well worth the trip.

You could, the guards at the entrance inform me, pay 5 TL (less than a dollar) to visit the garden only and not the museum – the garden is that beautiful, that much is clear, even on a rainy day. Yet if you made it that far, it seems a shame not to visit the Glass and Crystal Museum, filled with examples of wondrous glass wares.

The Beykoz Glass and Crystal Museum showcases a remarkable collection of glassware going back to the 13th century and culminating in the Ottoman Empire’s lavish days https://t.co/S8dXGbuZ33

A book published in 2021 by the Directorate of National Palaces explains that the museum is named after the Beykoz Imperial Glass and Crystal Factory, established in the same district during the Ottoman period. According to the book, the building that houses the museum was built by Abraham Pasha, “who was kapi kethudasi (a steward employed by Ottoman governors to manage their official affairs in Istanbul) to the Khedive of Egypt Ismail Pasha and subsequently appointed as vizier with the rank of pasha by Sultan Abdulaziz (1861-1876).”

Abraham Pasha owned the largest and most important wooded estate on the shores of the Bosphorus and built pavilions, aviaries, pools and stables on the 29.7 hectares of land he owned. He also planted many plants and trees found within the confines of the Ottoman Empire and beyond, turning his land into some kind of a botanical garden.

During the reign of Sultan Abdulhamid II (1876-1909) Abraham Pasha’s estate was purchased by the state and offered to the Ottoman public under the name Liberty Garden. It is the stable building that has now been converted into the glass museum after an intricate restoration by the Department of National Palaces.

The oldest artefact in the glass collection, found during excavations of Kubadabad Palace, built by the Seljuk sultan Alaeddin Keykubad I, is the plate named after the palace. The Kubadabad plate was discovered in 1966 and its 154 pieces painstakingly reconstructed. The plate has sülüs script wishing health and prosperity to Sultan Giyaseddin Keyhusrev II. Looking at the sultan’s reign, from 1237 to 1246, experts date this extraordinary plate to the 13th century.