Jordan is Ready to Receive Tourists!

Published June 8th, 2021 - 06:57 GMT
Girl reading newspaper floating on surface Dead Sea (Shutterstock)
Highlights
In regard to travel regulations for visitors to the Kingdom, the minister indicated that travellers who received the complete dose of the vaccine

Minister of Tourism Nayef Al Fayez on Monday affirmed Jordan's readiness to receive tourists, especially since the Kingdom was able to control the epidemiological situation and maintain low numbers of recorded coronavirus infections. 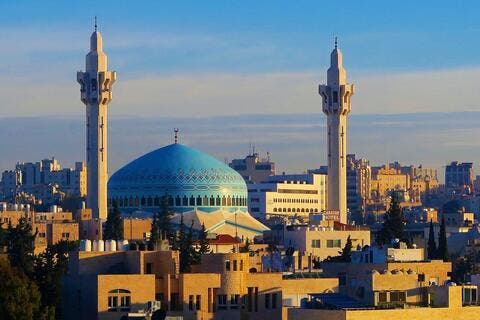 Jordan Tourism Will Not be Beaten by Covid-19!

Fayez said that the low daily infection rates in the Kingdom allowed different sectors to be opened gradually, including the tourism sector, the Jordan News Agency, Petra, reported.

He added that the government began to take several measures to gradually ease restrictions on movement, stressing that these measures will play an important role in attracting tourists from abroad, expecting the return of foreign tourism in the fall.

Without tourists in Jordan's ancient city of Petra, cats, dogs, birds and other creatures have taken over. "Now the site can breathe," its tourism commissioner says.https://t.co/VoCnygqcYD

In regard to travel regulations for visitors to the Kingdom, the minister indicated that travellers who received the complete dose of the vaccine, according to the type of vaccine, and who have a vaccination certificate issued by the following countries: Saudi Arabia, Oman, Bahrain, Kuwait, Qatar, the UAE, Tunisia, Morocco, the US, the UK, the EU, Turkey, China, South Korea, Taiwan, Japan, Australia, New Zealand, Malaysia, Russia and Canada will need to provide a negative PCR test that was carried out 72 hours prior to their boarding the plane in their first point of departure.

He described the past year as “difficult” for the tourism sector, as many tourist facilities and destinations throughout the Kingdom were affected due to the coronavirus pandemic, pointing out that domestic tourism was encouraged to alleviate the losses of the tourism sector.

The minister indicated that the Kingdom relies mainly on the tourism sector, which accounts for approximately 13 per cent of Jordan’s GDP, highlighting the decline in tourism revenues, which amounted to about JD1 billion last year, compared with  JD1.4 billion in 2019.