Published May 4th, 2021 - 04:11 GMT
Concept of freedom of speech and information, stop censorship (Shutterstock)
Highlights
The journalistic situation in Jordan is “worrying”, he said.

Jordan ranks 129th out of 180 nations in press freedom, slipping one place in the 2021 World Press Freedom Index compiled by Reporters Without Borders (RSF).

Turkey is Urged Not to Crackdown on Press Freedoms

In this year’s index, which shows that journalism is totally blocked in 73 per cent of the evaluated countries, Jordan is just behind Qatar and ahead of Zimbabwe, ranking 7th among the Arab states.

In Jordan, journalists practise self-censorship and one of the challenges they face is the issuance of “gag orders” by authorities, prohibiting them from covering certain issues, according to the RSF.

The US ranks 44th in the world when it comes to press freedom. Reporters Without Borders cites arrests of journalists during protests last year and 1/6 insurrection: “Despite Improvements, Troubling Vital Signs For Press Freedom Persist..” #postforthepress https://t.co/C4EjXkBIJm

In remarks to The Jordan Times on Monday, Acting President of the Jordan Press Association (JPA) Yanal Barmawi said that amid the ongoing pandemic, World Press Freedom Day, which falls on May 3, acts as a reminder to eliminate constraints on public and press freedoms.

The theme of this year’s World Press Freedom Day Information as a Public Good, “emphasizes the importance of enhancing the role of journalism as a key element of control between officials and the public,” Barmawi said.

World Press Freedom Day is celebrated in conjunction with trends towards political and democratic reform that requires freedom of information as an essential precondition to apply the principles of “good governance”, as well as ensure the flow of trustworthy information to the public, he added.

“It is critical to take proper action in respect to freedom of journalism and remove the challenges and obstacles facing media coverage, particularly those related to the current pandemic,” Barmawi said.

"Julian faces a 175 year sentence. His indictment under the espionage act hangs a noose around every reporters neck" #WPFD21
THREAD pic.twitter.com/6kFSeyIATL

Meanwhile, founder and member of the Centre for Defending Freedoms of Journalists (CDFJ) Nidal Mansour said that it is imperative that the government diagnoses the journalistic situation in the Kingdom and “swiftly” proposes appropriate solutions that would improve the freedom of the press.

“In times of a pandemic, journalism is a key element in dealing with crises and countering the outbreak of disinformation, but Jordan did not make proper use of that fundamental element,” Mansour told The Jordan Times.

On the same note, RSF Secretary-General Christophe Deloire said that “journalism is the best vaccine against disinformation”, noting that its production and distribution are “too often” blocked by political, economic, technological and, sometimes, cultural factors.

“Unfortunately Jordan is not strongly positioned in the journalistic scene”, due to the absence of legislative framework that ensures the flow of credible, trusted and diverse information that is produced in different media outlets, Mansour pointed out. 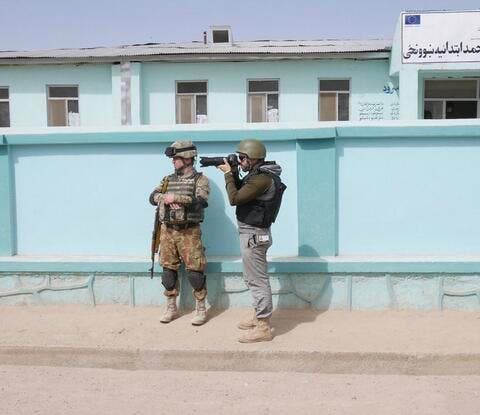 The journalistic situation in Jordan is “worrying”, he said.

Published every year since 2002 by the RSF, an international non-profit and non-governmental organisation promoting and defending the right to freedom of information, the index is regarded to be “an important advocacy tool based on the principle of emulation between states, the evaluation of pluralism, independence of the media, quality of legislative framework and safety of journalists”.