Leonardo da Vinci Definitely Did Not Sculpt The Flora Bust

Published April 19th, 2021 - 12:22 GMT
Leonardo da Vinci did NOT sculpt the Flora bust (Twitter)
Highlights
'While it is somewhat disappointing to learn that the bust cannot be attributed to Leonardo, this information does provide useful insight into history,' the team added.

A wax bust controversially attributed to Leonardo da Vinci was not sculpted until 300 years after the death of the Renaissance master, radiocarbon dating has proven. 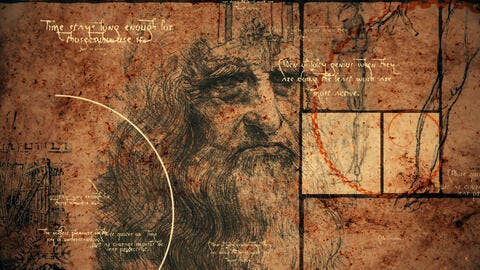 The sculpture — of Flora, the Roman goddess of flowers and spring — is held in the collections of the Bode (formerly Kaiser Friedrich) Museum in central Berlin.

It was acquired for the museum from a London gallery for the sum of a few pounds in 1909 by Wilhelm von Bode, who proudly declaimed it to be a lost da Vinci.

Berlin Museum authorities were said to have been delighted to have 'snatched a great art treasure from under the very noses' of the British art community.

The next year, however, it was alleged that Flora was really the work of British artist Richard Cockle Lucas, who was said to have sculpted the bust based on a painting.

Mr Lucas' son, Albert, described how he and his father made the bust and stuffed its hollow interior with objects, including a letter dated to the 1840s.

When the base of the sculpture was removed, museum staff found that the debris from inside Flora matched Albert Lucas' descriptions exactly.

Da Vinci turned his hand to drawing, painting, science, anatomy and engineering among other things – these studies of tank-like machines were drawn around 1485.

Nevertheless, von Bode stuck to his claims, for which he was frequently criticised by the London-based art critic Paul George Konody in the very pages of the Daily Mail.

Meanwhile, theories abounded as to Flora's true origins, including the notion it was crafted in the 16th-century artist, albeit by a different artist than da Vinci.

While the latest findings may not resolve the question of Flora's provenance, they do this theory — and the claim of von Bode — to certainly be incorrect.

The dating of the sculpture was undertaken by Ina Reiche of the Chemistry Research Institute of Paris and her colleagues.

'Many works of art have been attributed to Leonardo da Vinci, the great artist-scientist-engineer of the Italian Renaissance, however, art historians have struggled to find definitive proof to connect Leonardo to these art pieces,' the team wrote.

'The Flora wax bust in the Bode Museum, Berlin, was attributed to Leonardo because her face resembles several Leonardo portraits, but this attribution has the subject of intense debate since the bust's acquisition in 1909.'

Until recently, scientific analyses had proven inconclusive when it came to proving a conclusive age the bust that would settle for once and for all whether it was forged in the 16th or 19th century.

In their new study, Dr Reiche and colleagues developed a new calibration method to date the sculpture, which was made primarily of spermaceti, a type of wax produced in the head cavity of sperm whales, but also some beeswax.

“The noblest pleasure is the joy of understanding.”

The team compared Flora with 'Leda and the swan' — a sculpture of similar wax composition made by Mr Lucas in 1850 — as to determine the correct ratio of spermaceti to beeswax to calibrate the carbon dating curves for the two materials.

'The result dates the Flora materials to the 18-19th c., which proves that the bust was not produced during the Renaissance, and therefore cannot be attributed to Leonardo,' the researchers concluded.

'While it is somewhat disappointing to learn that the bust cannot be attributed to Leonardo, this information does provide useful insight into history,' the team added.

'The sperm whale population suffered a serious decline in the 1740s when sperm whaling started on an industrial scale.'

'The use of spermaceti in art objects shows how widespread the use of sperm whale products was and highlights the whaling industry's importance during the industrial revolution,' the researchers continued. 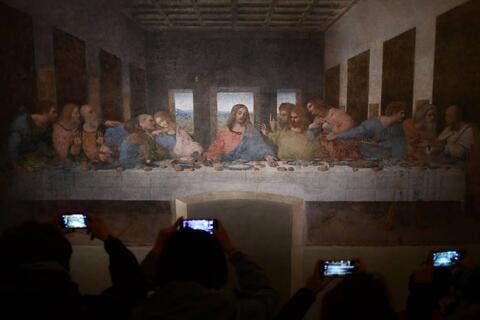 Is This Newly-Found Chalk Drawing of Jesus Christ Made by Leonardo da Vinci?

'There is a need for art historical research to integrate natural science investigations in order to provide information allowing an improved attribution of art works and allowing to give another dimension to the historical value of such objects.'

The full findings of the study were published in the journal Scientific Reports.