The Man Who Slapped Macron on The Face Owns a Copy of Mein Kampf!

Published June 9th, 2021 - 11:38 GMT
French President Emmanuel Macron attends, with members of the government, the weekly cabinet meeting at the Salle des Fetes, at the Elysee presidential palace in Paris, on June 9, 2021, for the first time since Covid-19 restrictions came into effect in October 2020. Ludovic MARIN / POOL / AFP
Highlights
He was detained with his friend, Arthur C. who is the same age, and who is accused of shouting abuse at Macron.

The man who slapped Emmanuel Macron across the face yesterday is a 28-year-old medieval role-playing fan who owns a copy of Mein Kampf and lives with his mother, police have revealed. 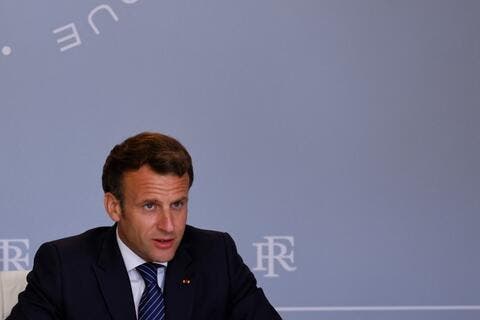 Macron: When in EU Meeting Talk in French, Not English!

Named only as Damien T., the long-haired bespectacled man was bundled to the ground by bodyguards after striking the president and crying out: 'Montjoie Saint Denis,' an old royalist war cry, 'A Bas La Macronie' ('Down with Macronia').

The grievous security breach has overshadowed the start of a Macron's 'Tour de France,' intended to gauge public opinion after a year of lockdowns, and drew condemnation from across the political spectrum.

The man who slapped French president @EmmanuelMacron is an instant HERO💪👑.

This sends the right signal to whoever feels they're above the laws.
Macron should stay married to his granny, nobody cares.
Once he chairs a colonial government oppressing the vulnerable he got served pic.twitter.com/9QHv6GQMoC

In the immediate aftermath, a police source had claimed Damien was 'anarchist,' but detectives are now working on the basis he subscribes to a sort of 'ideological mush,' Le Parisien newspaper reported.

French President @EmmanuelMacron went to greet a man who, instead of shaking his hand, slapped the nation's leader across his face. 👇 #MacronSlap #France #TainLHermitage #Dromehttps://t.co/b9LLyrcDgB

His Instagram account shows him donning armour and wielding swords, posing on hay bales in robes and a velvet beret, and wearing a helmet used in the Japanese martial art of Kendo.

A source told Le Parisien he lives 'in a kind of parallel world made of role-playing games, simulations of medieval fights.'

He was detained with his friend, Arthur C. who is the same age, and who is accused of shouting abuse at Macron.

The pair travelled from their home town Saint-Vallier to the village of Tain-l'Hermitage, about 10 miles south along the Rhone, where Macron was greeting voters.

They had been attending a Yellow Vest protest which took place in the nearby town of Valence at around midday, according to L'Obs magazine.

At some point in the day the pair, along with another friend who has not been arrested, were chatted to by a journalist who asked them what they thought of the president being in town.

#BreakingNews French President Emanuel Macron visited the small town outside the city of Valence. And approached what appeared to be a supporter during his visit. Macron was surprisingly slapped in the face by the man Who reportedly shouted “down with maconism”. pic.twitter.com/QiSsD5kVXI

Damien T. is seen standing next to the man in the video who tells the reporter he is an 'anarchist' and references the 'decline of France.'

He adds that he cannot say anything more, claiming that the media often misconstrues such views.

At around 1.15pm on Tuesday, Damien T was seen standing at barriers outside the Tain-l'Hermitage culinary school which Macron had been visiting.

Macron came over to greet him and he appeared to be stopping the president for a chat, taking hold of his arm before lashing out with a slap, shouting: 'Down with Macronia' ('A Bas La Macronie').

Bodyguards quickly seized upon the assailant and bundled him to the ground before dragging him away, as Macron was pulled to safety by a member of the security detail.

A few seconds later, Macron returned to the barriers to get a word in, although it was unclear what he was saying. He then continued to shake people's hands while a bodyguard stood between him and the crowd.

Sources claim Damien T. and Arthur C. are 'marginal' members of their local community, 'without jobs.'

Damien T. follows both right-wing and and left-wing YouTube channels, among others which are focused on Japanese Manga comic books and historical combat.

One of the channels he follows is called Media for All and is hosted by Vincent Lapierre, who rose to prominence with his coverage of the Yellow Vest protests in 2018 - which he openly supported.

Another YouTuber followed by Damien is Papicito, a 35-year-old fan of comics who has trenchant positions against immigration and released a controversial video earlier this year of him shooting a 'liberal' before repeatedly stabbing him. It has since been removed by YouTube.

Damien T. and Arthur C. may be detained for up to 48 hours before an appearance at the court in Valence. 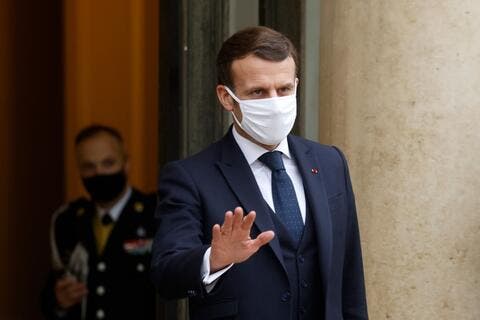 Macron to Make a Third Lebanese Visit to Ease Its Crisis

They have been charged with 'wilful violence against a person holding public authority.'