Meghan Markle to Distribute 2,000 Copies of The Bench For Free

Published June 11th, 2021 - 06:46 GMT
An employee poses with the children's book 'The Bench' by Meghan, Duchess of Sussex, which is inspired by her husband Harry and her son Archie, displayed in a bookshop in London on June 8, 2021, following its release. Tolga Akmen / AFP
Highlights
Meghan Markle's first children's book The Bench was released in this week

Prince Harry and Meghan Markle have announced plans to distribute 2,000 copies of The Bench to libraries and schools across the US for 'no cost' - amid ongoing questions over whether the profits from the book will go to charity. 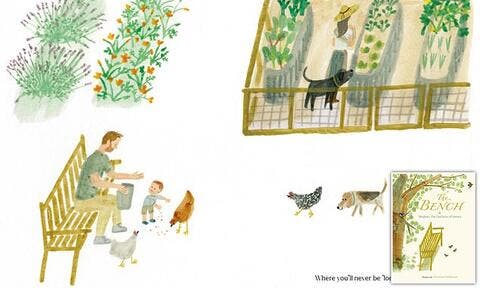 The debut book by the Duchess of Sussex, 39, was released earlier this week on sale for £12.99, and was inspired by a poem she wrote for Prince Harry's first Father's Day the month after Archie was born, and explores the 'special bond between father and son' as 'seen through a mother's eyes'.

In a statement posted to Archewell, the couple said they had 'received the support of the publisher of The Bench to distribute 2,000 copies at no cost to libraries, community centers, schools, and nonprofit programs across the country' to 'help nourish the community through through learning and connection.'

It does not appear the initiative will be extended to distribute the book in the UK.

It is also not known if Meghan has received an advance for the book and whether any of the proceeds will be donated to charity, but a branding expert previously suggested it would have already netted her £500,000 following a 'bidding war to secure her first venture'.

Posting online, the couple said the organisations receiving free copies included the Assistance League of Los Angeles, which The Duke and Duchess visited last summer to spend time with the children at the organization’s Preschool Learning Center.

The Duke and Duchess planted forget-me-nots in honor of Princess Diana during the visit to the centre on the 23rd anniversary of her death in August last year.

Archewell is working with the team at First Book, a nonprofit social enterprise that’s distributed more than 200 million books and educational resources to programs and schools serving kids in low-income communities in the United States and Canada.

Popular culture expert Nick Ede told FEMAIL that the Duchess of Sussex would've likely been paid between a £250,000 to £500,000 advance to write the book.

Meanwhile Archewell also posted an interview with the book's illustrator Christian Robinson, marking the first time Harry and Meghan have published a Q&A on their site.

Christian claimed he would have been drawn to the project 'no matter who the author' was, saying: From the moment I read, Meghan’s warmth, authenticity, and love for her family radiated through the text, and I was honored to be a part of it.'

British critics slammed the book upon its release this week, with The Telegraph's Claire Allfree calling it 'semi-literate' and writing: 'One wonders how any publisher could have thought fit to publish this grammar-defying set of badly rhyming cod homilies, let alone think any child anywhere would want to read it. But that's planet Sussex for you, where even the business of raising a family is all about the brand.'

She wrote: 'The Duchess's first children's book is all bland parenting 'wisdom' and no story – and it's hard to imagine any child enjoying it.'

She said it appeared to show 'Harry's role in this marriage is to sit on his bench holding the baby while Meghan gets on and conquers the world'.

The Times' Alex Connell described it as a 'self-help manual for needy parents', adding: 'The story [is] so lacking in action and jeopardy you half wonder if the writing job was delegated to a piece of furniture...'

Meanwhile The Evening Standard's Emily Phillips said the writing was 'loving and soothing' but also 'schmaltzy'.

Readers widely panned the book online, with one British Amazon reviewer commenting: 'We didn't enjoy this book at all - I have no idea why the author thought this story would appeal to children. It's incredibly boring and uninspiring.

Looks like another New York Times bestseller is on the cards — Duchess Meghan’s #TheBench is already at the top of numerous children’s book charts around the world (including Amazon UK and US). Who’s already bought a copy? https://t.co/wV7xFSeXwg

'Clearly based on the author's life, it would have perhaps been better as a private project kept within the family that they can read themselves, and then treasure in the future. For anyone else, it's just completely irrelevant. The grammar is also questionable at times. Absolutely do not recommend.'

Scenes in the book include several illustrations of Prince Harry and son Archie - including one feeding their chickens while the duchess is in the garden with her dogs and their newborn daughter Lilibet Diana Mountbatten-Windsor.

In one of the last images featured in the book Prince Harry, recognisable with his ginger hair and beard, sits on a bench feeding his rescue chickens, which the couple house at their £11million mansion in Montecito.

As well as the chickens – which appeared during the broadcast of the couple's bombshell interview with Oprah Winfrey in March – two dogs also feature in the illustration.

The duke and duchess also have two dogs – a black Labrador named Pula and a beagle named Guy.

He appears alongside his son Archie, two, who is captured sprinkling food for the three animals while staring adoringly at this father.

Meanwhile, Meghan, dressed in a summer's hat, white T-shirt and jeans, appears to be sketched in a vegetable patch located near her husband and son. The mother-of-two cradles her daughter, Lilibet Diana Mountbatten-Windsor, who arrived on Friday.

The first illustration features a bearded ginger father – who bears a resemblance to the duke – cradling a smiling baby on a bench under a tree.

The text reads: 'This is your bench, where life will begin, for you and our son, our baby, our kin.'

Further into the book a black father lies asleep on a bench holding his son closely. The boy sweetly clutches a toy giraffe in one hand while holding his father's hand in the other.

The text reads: 'From here you will rest, see the growth of our boy.'

In another illustration, a father and son duo each wear pink tutus while performing ballet poses.

The accompanying words read: 'You'll love him. You'll listen. You'll be his supporter.'

The duchess also makes an apparent reference to the popular 1964 children's book The Giving Tree from author Shel Silverstein.

To accompany an illustration of a father and son sharing lunch on a park bench, Meghan wrote: 'You'll sit on his bench, as his giving tree.'

Another page is illustrated with the words: 'He'll feel happiness, sorrow, one day be heartbroken. You'll tell him 'I love you,' those words always spoken.'

A father using a wheelchair also features in The Bench.

He is drawn fixing his son's shoes alongside the text: 'This is your bench, for papa and son.'

It continues on the next page alongside a father and son wearing turbans: 'To celebrate joys and victories won.'

The Prince of Wales memorably remembered his father, the Duke of Edinburgh, as 'dear papa' following his death in April.

One illustration from the book is accompanied by the words: 'Looking out at my love and our beautiful boy. And here in the window I'll have tears of great joy…'

The picture shows a weeping woman watching through a ground floor window as a soldier, in army combat uniform, throws his son in the air, apparently having returned home.

Over the final pages, the passage reads: 'Right there on your bench, the place you'll call home… With daddy and son… Where you'll never be 'lone.'

The touching inscription in the book, reproduced from a hand-written note in the Duchess of Sussex's distinctive calligraphy script, reads: 'For the man and the boy who make my heart go pump-pump.'

Elsewhere, the first illustration in the book is also one of Prince Harry and baby Archie walking hand-in-hand together. The Duke could be seen wearing a grey polo shirt and blue jeans. The royal has been seen wearing a similar outfit while out and about in Los Angeles with Meghan, as well as during his time as a royal.

Meanwhile the Duke's illustration is seen looking down at his son, who is wearing a green top and blue shorts in the picture.

A publicity release said Meghan, who chose to use her title on the cover of the book, wanted the story to be told through an 'inclusive lens' and will feature a 'diverse group of father and sons'. Meghan will also narrate the audiobook costing $4.99 - which together with the hardback version could earn her millions from sales.

The royal, who went by the pen name 'Meghan, the Duchess of Sussex', said in a statement: 'The Bench started as a poem I wrote for my husband on Father's Day, the month after Archie was born.

'That poem became this story. Christian layered in beautiful and ethereal watercolour illustrations that capture the warmth, joy, and comfort of the relationship between fathers and sons from all walks of life; this representation was particularly important to me, and Christian and I worked closely to depict this special bond through an inclusive lens.

The Duchess of Sussex released her first book, 'The Bench,' days after the birth of her second child, Lilibet Diana. https://t.co/e5yqLc05ST

'My hope is that The Bench resonates with every family, no matter the makeup, as much as it does with mine.' 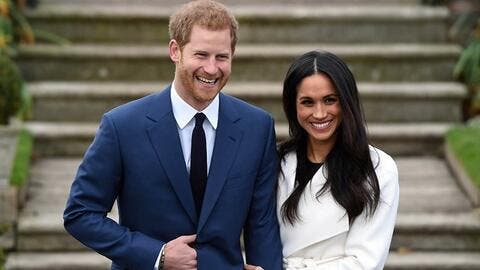 Harry and Meghan Announce Birth of Their Baby Daughter Lilibet

In authoring a children's book she follows in the footsteps of fellow Royals Sarah,

the Duchess of York, who has produced her own money-spinning series, Princess Michael of Kent and even Prince Charles, who penned a children's book called The Old Man of Lochnagar in 1980 to raise money for the Children's Trust.