Published May 25th, 2021 - 12:16 GMT
Emon Askar (Twitter)
Highlights
On May 10, the Israeli military launched airstrikes on Gaza, which killed hundreds of civilians, including women and children.

Triggered by Israeli violence on Palestinians since the very beginning of protests over Sheikh Jarrah evictions, an Egyptian mother of two made a song about the history of Palestine. 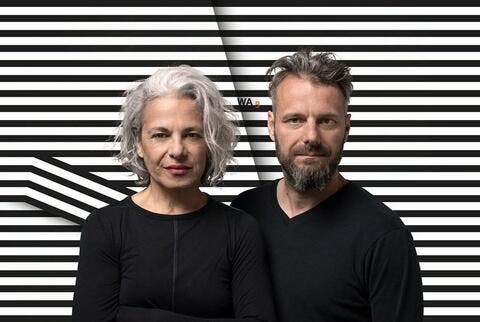 The 98-second video she created at home and in which she sings Story of Palestine hits millions of views both on TikTok and Instagram. The 32-year-old did not expect to get that much attention when she posted the video on Wednesday.

“This was the most important one to get the views, to be honest, because the feedback and the engagement I got really, really showed me that it was needed," said Emon Askar, who is a content creator.

During the Muslim holy month of Ramadan, protests took place in the Al-Aqsa compound in support of Palestinians facing potential forced evictions from their homes in Sheikh Jarrah. Israeli security forces used disproportionate force on demonstrators, including worshippers.

On May 10, the Israeli military launched airstrikes on Gaza, which killed hundreds of civilians, including women and children. Twelve Israelis have also died in rocket attacks from Palestinian resistance groups.

"It affected me so much," Askar said of the violent intervention by Israeli forces.

On Eid al-Fitr, last Thursday, the bombing on Gaza continued. Askar said Muslims were supposed to gather with their families, enjoy time and travel but there was something wrong.

"When something is wrong with your heart, like I feel something, I cannot be completely happy, because I know what is going on there. I am following it and it makes me so sad," she added.

Expression in form of art

Askar said she was on Eid holiday with her family and when she got back to her home she told herself: "I need to do something about it".

She looked through her stuff and found an art sketchbook.

"When I was in grade three, I was seven or eight years old, and I found a drawing and some nice drawings. But then I stopped at something and I remembered exactly the day I was drawing this in the art lesson. It was a few days before Eid also, but 21 years ago.

"And I think it was during the Second Intifada in Palestine, and I remember as a child, as a seven or eight-year-old child, I saw on TV children dying and houses being bombed, and the same visuals that we see today after 21 years, unfortunately.

"And the teacher asked us to draw something about Eid, like what are you planning to do on Eid, and how are you going to celebrate it, and as a child, this affected me so much, I had this drawing," said Askar.

The drawing was depicting children playing with a kite, having fun, and at the same time, the children in Palestine were surrounded by tanks and were fearing for their lives because of a war.

"I also had another picture of Muhammad al-Durra, the one they shot when he was on the lap of his dad. These images, they never left me, to be honest … Twenty-one years later I know exactly how I felt, and I think it was a healthy thing to do, to just express it in a form of art," she added.

Askar said she has mixed feelings over the millions of views on social media. She got tens of thousands of followers on Instagram.

"After all these overwhelmed feelings of getting the attention, and getting the engagement and getting the views, now I feel that I have a bigger responsibility because now I have a platform of people who care about the cause and I should keep on sharing, and keep on doing my best.

"Because this is the only thing in my hand as a content creator, to keep spreading the message, keep informing people, and hopefully somehow, this message will get across countries and people, which hopefully will then eventually pressure their governments to do something. 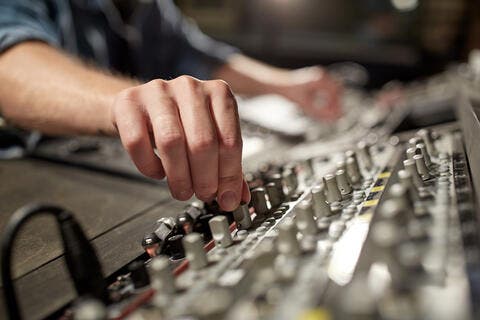 'Made in Palestine' DJ Mixes Music from Past with Present

"For the first time, I feel like people do not depend on just a news channel or a news outlet to know one side of a formulated story. Now they can see for themselves, and that’s why it is a great opportunity. So that’s what we should all keep on doing, just keep spreading the message," she added.

Also sending a message to world leaders for Palestine, Askar said, "Stop backing up Israel, and giving them money to buy more weapons, because they see what they do with the weapons now, and I can’t believe that they’re acting blind to it.  It’s very, very obvious to the world. This is not a conflict. These are not two armies fighting together so it does not count as a conflict."

"And of course it is such a ridiculous claim that they say it is self-defense. Again, look at the people dying on this side. This is not self-defense. This is a crime for the sake of humanity, and I really hope they start seeing that the world will not go blind on them again,” she added.