Paris Attacks Turkey For Its Critical Opinion of France

Published April 29th, 2021 - 04:25 GMT
(Shutterstock)
Highlights
It, however, conspicuously left out the fight against Islamophobia, a term the government has refused to recognise. 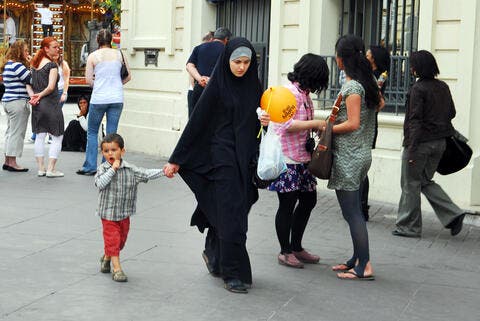 Stop Racial Profiling or Else, NGOs Tell The French Government

An official French government Twitter account linked to the country's Ministry of Interior attacked Turkey's Anadolu Agency for publishing an opinion piece critical of the country's treatment of Muslims.

"Anadolu is a propaganda organ which publishes opinion columns on its site attacking France in a lying and slanderous manner," the account thundered online.

The hijab ban in France seems like a clash of cultures or a clash between secularism and religion but it’s just veiled racism. Pun intended.

How can you tell?

The ban doesn’t apply to nuns because according to French officials, a habit is a symbol of devotion not submission. pic.twitter.com/FBjI4s0r7w

The offending opinion by a freelance writer spoke about the generally dire state of the Presidency of Emmanuel Macron, which has increasingly targeted the country's Muslim population in a bid to burnish his secular credentials ahead of looming presidential elections in 2022.

In the ensuing volley of tweets, the account also took issue with another opinion piece that accused the French government of pushing populist policies to muzzle Muslims.

The state-backed account went on to say that the government is committed to the "fight against all racism and anti-Semitism."

It, however, conspicuously left out the fight against Islamophobia, a term the government has refused to recognise.

However, this is not the first time that the French government has attacked media outlets for publishing opinions it doesn't like.

In November of last year, Macron's government pressured the British-based Financial Times to withdraw an article written by a staff writer who argued that Macron's war on "Islamic separatism" divides France and has created a moral panic towards its Muslim citizens.

France's universalist model assumes that all citizens have equal rights as individuals, not groups. But the reality of racial discrimination fails to match up to this ideal: Racism tests France’s colour-blind model https://t.co/DRTBXoOq5a

However, the French president was allowed to respond to the offending article in a letter to the newspaper.

In his response, Macron, without any evidence, made a claim, which few in the Financial Times have since dared to fact check, perhaps fearing the wrath of the French president again.

In one paragraph, Macron claims, "Visit the districts where small girls aged three or four are wearing a full veil, separated from boys, and, from a very young age, separated from the rest of society, raised in hatred of France's values."

The districts to this day remain unknown.

In a similar move, the Macron government pressured Politico Europe, an American media outlet based in Brussels with a focus on the continent, which similarly withdrew its article critical of France days after its publication.

Titled "The dangerous French religion of secularism" and written in English by the French-Iranian sociologist, Professor Farhad Khosrokhavar. The article commissioned by Politico did not meet its "editorial standards" according to its editor-in-chief. No further explanation was forthcoming.

There are some media outlets, however, that Macron's government hasn't been able to muzzle.

When TRT World made a video looking at France's role in its former colonies, the Twitter account of the French Ministry for Europe and Foreign Affairs was quick to lash out.

It accused the producer of the video of analysis it saw as "biased" while attempting to defend its controversial role in Africa and its continued military presence.

France's military involvement in Mali has given rise to protests that increasingly see the former colonial power as an "occupying force."

Among the growing list of organisations that critically tackle France's treatment of minorities and Muslims is Amnesty International which last year described attempts by the government to close down the only organisation reporting on Islamophobia in the country as a "shocking move."

It went on to add that "this move could have a chilling effect on all people and organizations engaged in combating racism and discrimination in France." 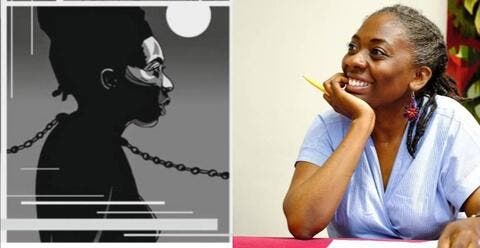 The Collective Against Islamophobia in France (CCIF) has highlighted and recorded an uncomfortable increase in hate crimes directed towards Muslims in France.

The French government doesn't keep any records on hate crimes towards Muslims and has become increasingly angry at organisations that report on the issue, which has undermined the government narrative that anti-Muslim hate crimes are not as bad as its made out to be.