Published December 15th, 2021 - 07:22 GMT
Shutterstock
Highlights
Every Indian is proud of the recognition that India's tradition, culture and civilization have received on the global stage.

"We are taking our Indian culture to heights under the leadership of Prime Minister Narendra Modi. We also celebrate the International Yoga Day on June 21 every year, which has been started by the PM. Every Indian is proud of the recognition that India's tradition, culture and civilization have received on the global stage," he said at the event to celebrate the 98th anniversary of Sadguru Sadafaldeo Vihangam Yog Sansthan in Varanasi on Tuesday. 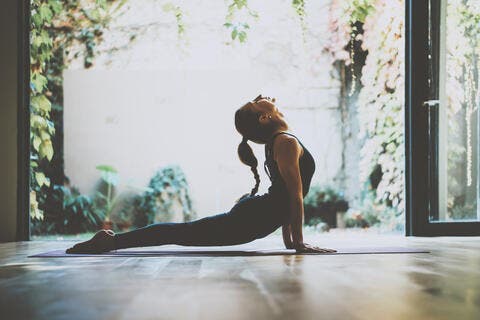 "Swarved is the science of prana or breath, pranayam is a part of that and yoga is a complete science in itself," said Adityanath.

Chief minister Yogi Adityanath stressed that yoga, which is a complete science in itself, had got global recognition due to Prime Minister Narendra Modi.

He said the Dham of Baba Vishwanath had been dedicated to the nation on Monday under the leadership and guidance of the Prime Minister. "The PM is here to interact with all the devotees on this karmabhoomi of Sadguru Sadafaldeo," added the CM.

He said during Azadi ka Amrit Mahotsav, many programmes were underway in the country as a mark of gratitude to the country's freedom fighters who had sacrificed their lives for the freedom of India.