Published May 23rd, 2021 - 06:03 GMT
Princess Nourah Al-Faisal (Twitter)
Highlights
“There were little pockets of activity but nothing connecting them — it was word of mouth.”

As Saudi Arabia aims for its ambitious Vision 2030, one member of the royal family has taken it on herself to encourage and cultivate a generation of young, local designers. 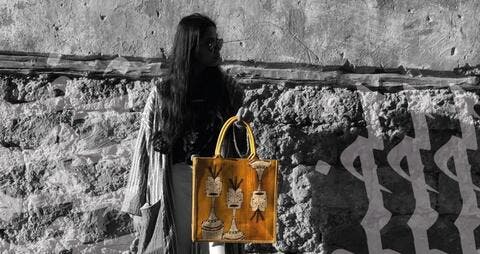 Through her own love for jewelry design, Princess Nourah Al-Faisal has created Adhlal, a platform to help young Saudis get on in the industry while remaining inside the Kingdom.

“I’ve always loved design in all its forms,” Princess Nourah told Arab News. “I grew up in that atmosphere. We have a lot of artists and creatives in the family and it was always in the air we breathed.”

Initially, architecture was her passion and jewelry designing was more of a hobby. Given the dearth of opportunities in Saudi Arabia in the late 1990s and difficulties in traveling for education at the time, she chose to study English literature at King Saud University, as reading was her second love. The idea then was to become a writer or perhaps to work in education.

"Through her own love for jewelry design, Princess Nourah Al-Faisal has created #Adhlal, a platform to help young #Saudis get on in the industry."

“In those days, not many women traveled for education,” she said. “And there were only a few Saudi female interior designers beginning at that time.”

As she pursued her interests, Princess Nourah experimented with design, which allowed her to explore. After graduating, she flew to London and for a year pursued her passions. From art classes and pottery to glass cutting, she left no stone unturned in her creative pursuits.

After studying interior design at Richmond University, she started to see overlaps between architecture and jewelry. In a twist of fate, she was able to showcase some of her sketchbook ideas at an exhibition given by a friend of her mother’s in London, alongside a roster of international jewelers.

“I got publicity from it and, after that, Guerlain had seen my sketchbook and contacted me to offer me an apprenticeship,” she said.

“My father really supported me. He told me to start my business in France so I could compete on an international level from the beginning.

“At the time in Saudi Arabia, things were very different.”

Following a few commissions for weddings in the Kingdom, she established Nuun Jewels in France in late 2013. But moving back to her homeland was always at the back of her mind, especially after getting married that year. By then, Saudi Arabia offered more opportunities, and possibilities started opening up.

“I, like many other designers, was manufacturing outside of Saudi Arabia,” Princess Nourah said. “I thought I could run my production from home, but I found it difficult to get the information I needed. I needed craftspeople and I make a certain quality of jewelry. My market is very niche, so my production had to be of the same quality.”

But finding the right people was not straightforward, especially as she wanted to employ Saudis. The cost of flying staff in to train also did not make financial sense. “I wanted and needed something, so I created Adhlal,” she told Arab News. “I understood that I, and many other designers, didn’t really understand the lay of the land, who the movers and shakers were.

“There were little pockets of activity but nothing connecting them — it was word of mouth.”

Adhlal, which translates as mentors or patrons in Arabic, began with research and, over the past three and a half years, the mining of focus groups. It has published three white papers, which chart the goings-on of the local design community, and has shared that information.

The idea is to replicate the kind of success enjoyed by Saudi couturiers such as Mohammed Ashi and jewelry designers such as Lillian Ismail — but to allow them to develop inside the Kingdom rather than outside.

“We are close to publishing our industry report for free to give an idea on what design is in Saudi Arabia now from the community,” Princess Nourah said. “It gives you a road map of where the gaps are and what we should be focusing on. I believe that we, as designers, need to build our own eco-system. And I feel like it’s the government’s role to enable, which they’re doing in so many different ways.”

She speaks of a need to focus on what designers need help with, as they are the ones with experience of what is needed and what is not. Accordingly, Adhlal offers a step-by-step toolkit for designers to ensure they structure their businesses correctly.

In parallel, the platform is currently building a learning and development section, which will promote established local designers and provide practical advice to help younger entrants moving up. It helps connect manufacturers to designers, while providing advice from lawyers on copyrighting and contracts, as well as insights on pricing, freelancing, the manufacturing process, and how to take advantage of opportunities as they arise.

“It’s about connecting the community to each other,” Princess Nourah said. “We also hold workshops, and we focus on infrastructure. Saudi Arabia right now is doing something that has not been seen anywhere else in the world — we are creating our own design industry. In France and Italy, it’s part of their identity.”

She highlights the importance of building a thriving design support network, a process that has been held back by COVID-19 and resulting disruptions in imports. The pandemic “has taught us that importing and manufacturing outside is no longer feasible and we need to have our own infrastructure and manufacturing capabilities within the country,” Princess Nourah said.

“And that’s exactly what Vision 2030 is about. It’s about creating different avenues, other than petrochemicals, and design is essential also in connecting us to our heritage. Someone will understand your culture a lot better if they’re drinking from a cup with patterns from a particular region. So, it opens up our culture to the world and it’s tangible.”

With almost 4,000 members on Adhlal’s Instagram account, the platform is growing. A large network of like-minded mentors, who have been working in the area for years, is actively going out and sharing knowledge and experience. “Our focus is to work with everyone else in the field to create our own world.

“We’re in a really special place right now because we have a government that’s really pushing and opening up so many possibilities, from funding to competitions. Even within our educational system, there’s so much going on in terms of supporting local designers and incubators,” she said. “There are many opportunities for young designers to participate in creating their own future.”

She speaks enthusiastically about the position in which Saudi Arabia is today, where young Saudis can design, implement and witness a change in their world as they know it. “That’s a really exciting place to be in,” Princess Nourah said. “It’s like having a superpower.”

She refers to her generation as one that had been waiting for such changes and is now attempting to keep up with them, adding that the younger generation is extremely talented and budding with ideas. 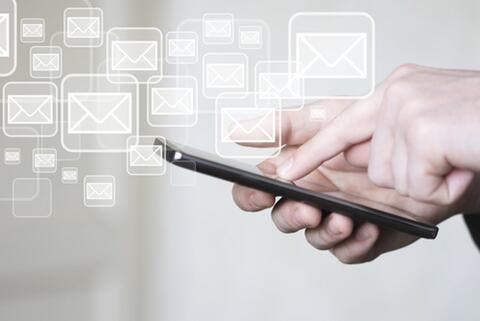 “There are a lot of people like me and all we want to do is ensure they are enabled, getting the right support they need and being pointed in the right direction so they can achieve what we all want,” Princess Nourah said.

“You have a generation now that’s so caught up in Vision 2030 and they are manifesting their reality. What I would have done to have been able to be in their position, at their age, with their energy. The world is open to them.”