Published April 20th, 2021 - 07:56 GMT
Ramadan action drama Al-Ikhtiyar 2 (The Choice 2) (Twitter)
Highlights
Diplomats, media professionals and artists shared comments under the hashtag #AlIkhtiya 2, commending the drama and the efforts made to retrace the Rabaa events in the fifth episode

Ramadan action drama Al-Ikhtiyar 2 (The Choice 2) topped searches on Google, with the hashtag #AlIkhtiyar 2 trending on social media after the fifth episode aired on the ON E channel. 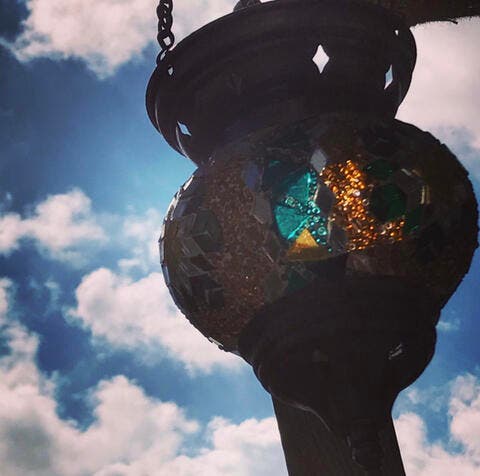 A Ramadan with a Different Flavor in MENA

The episode, which combined dramatic and real scenes, retraced the events of the dispersal of the Muslim Brotherhood sit-in in Rabaa al-Adawiya Square nearly eight years ago.

Twitter users described the episode as “historical,” arguing that the episode exposed Brotherhood’s lies and revealed their schemes to plunge Egypt into unrest.

The fifth episode of Al-Ikhtiyar 2 documents the frightening moments that Egypt experienced on the day of the Rabaa sit-in dispersal on August 14, 2013. It exposes the violence at the site and depicts the exchange of fire that took place between Egypt’s security forces and armed Brotherhood elements which resulted in killing and wounding thousands of people. Some video clips, shot at the time, showed Muslim Brotherhood members shooting at Egyptian police.

Some Twitter users stressed “the need to uncover the falsehood of the Muslim Brotherhood’s narrative, or any other group carrying extremist ideology,” insisting on “the inevitability of confronting Islamists, fighting their ideology, and exposing their lies before the public.”

Other users praised the “nationalist drama” that “records and writes part of modern and contemporary history.”

They argued the series “documented exciting events within the framework of a national and intellectual confrontation with the currents of political Islam.”

Khaled El-Ashry, a Twitter user wrote, “The most important event the Muslim Brothers have been exploiting to play the victims is Rabaa. To deconstruct their narrative with a good, professional and amusing drama is a serious blow to Islamists. It’s within such a context that thought and creative work become essential to confront the dark ideas of Islamists. We need to develop our thinking with courage, depth, reading and education. Conscience will defeat Islamists.”

Al-Ikhtiyar 2 is written by Hani Sarhan, directed by Peter Mimi and produced by Synergy, owned by the United Media Services Group and it stars Karim Abdel Aziz, Ahmed Makki, Iyad Nassar, Bushra and others.

Diplomats, media professionals and artists shared comments under the hashtag #AlIkhtiya 2, commending the drama and the efforts made to retrace the Rabaa events in the fifth episode.

Ambassador Hossam Zaki, Assistant Secretary-General of the Arab League, said that “While watching today’s episode of Al-Ikhtiyar 2, every patriotic Egyptian would have wondered, even in silence, what if the people did not rally on June 30th? And what if the army did not respond to the people’s demands?”

He went on, asking, “What if the sit-ins were left to fester and spread? What if international pressure resulted in the return of Morsi to power? And what if the security forces weren’t able to regain control?

Zaki ended his statement on Facebook, saying “The answers are terrifying, thank God …”

While Al-Ikhtiyar 2 was receiving public acclaim, the Muslim Brotherhood mounted a media campaign to respond to what was depicted in the fifth episode.

Ramadan action drama Al-Ikhtiyar 2 (The Choice 2) topped searches on Google, with the hashtag #AlIkhtiya 2 trending on social media after the fifth episode aired on the ON E channel. https://t.co/XfzE4IygE0

Muslim Brotherhood politicians, media figures and websites set out to describe the series as a “farce,” using the famed Arabic phrase “to the dustbin of history.” Some Islamist shared pictures of what they said was a massacre, in an attempt to bring the hashtag of #Rabaa_Massacre to the trend.

They, however, failed, as Egyptians went on sharing their positive posts about the episode, celebrating what they described as a deconstruction of the Brotherhood’s narrative.

A Twitter user, Aelhawary@, wrote, “Today is the day when the narrative of the Muslim Brotherhood was effectively deconstructed.”

Some social media users re-posted grabs from Al-Ikhtiyar 2 and praised the airing of the episode without commercial breaks in a way that helped the viewer focus on the events. Other users published pictures of the actors and shared quotes from the series.

The fifth episode of Al-Ikhtiyar 2 sheds light on the Muslim Brotherhood’s storming of the Kerdasa police station which coincided with the dispersal of the Rabaa and al-Nahda sit-ins.

It shows how security forces at the Kerdasa police station tried to disperse the mob, before the Islamist elements started firing bullets and using a rocket-propelled grenade during their attack.

The security forces at the Kerdasa police station were eventually massacred, with the authorities announcing 14 dead and reporting the mutilation of some bodies.

Actor Ashraf Abdel-Baqi played the role the commander of the Kerdasa police station Brigadier-General Muhammad Jabr, who was killed and subjected to mutilation.

The fifth episode also shed light on the actions of Samia Shanan, one of the defendants in the attack on the Kerdasa police station. According to investigations and witnesses, Shanan duped dying deputy commander Colonel Amer Abdel-Maksoud into drinking hydrochloric acid.

On social media, Egyptians recalled that there were fears at the time that the country could plunge into civil war, had it not been for the intervention of the armed forces and the police.

The episode knocked down the Muslim Brotherhood’s narrative of self-victimisation, which the group had repeated throughout the past years.