#RecollectBeirut Concert: Tribute to the Victims of the Blasts

Published September 22nd, 2020 - 05:34 GMT
#RecollectBeirut Concert highlights- Al Bawaba
Highlights
The live hour of remembrance through texts and music was “a ceremony of peace and hope to honor the memory of our lost and loved,” the organizers announced.

A tribute concert and prayer night was dedicated on Sunday to the victims of the Beirut blasts after more than 40 days of the horrific event. 250 singers from across Lebanon representing the Antonine University choir, the NDU choir, the Al Fayha'a choir and the Al Mabarrat choir united their voices, accompanied by a chamber orchestra of 30 musicians under the direction of Father Toufic Maatouk and Father Khalil Rahmé. With the presence of Fadia Tomb el Hage, Rifaat Torbey and Omar Rahbani, along with the virtual participation of Tania Saleh and Zade Dirani, and the testimonies of Gabriel Yared, Abdel Rahman El Bacha, Wajdi Mouawad and Amin Maalouf. The artistic direction was by Jean-Louis Mainguy for theater and Bassem Christo for TV. 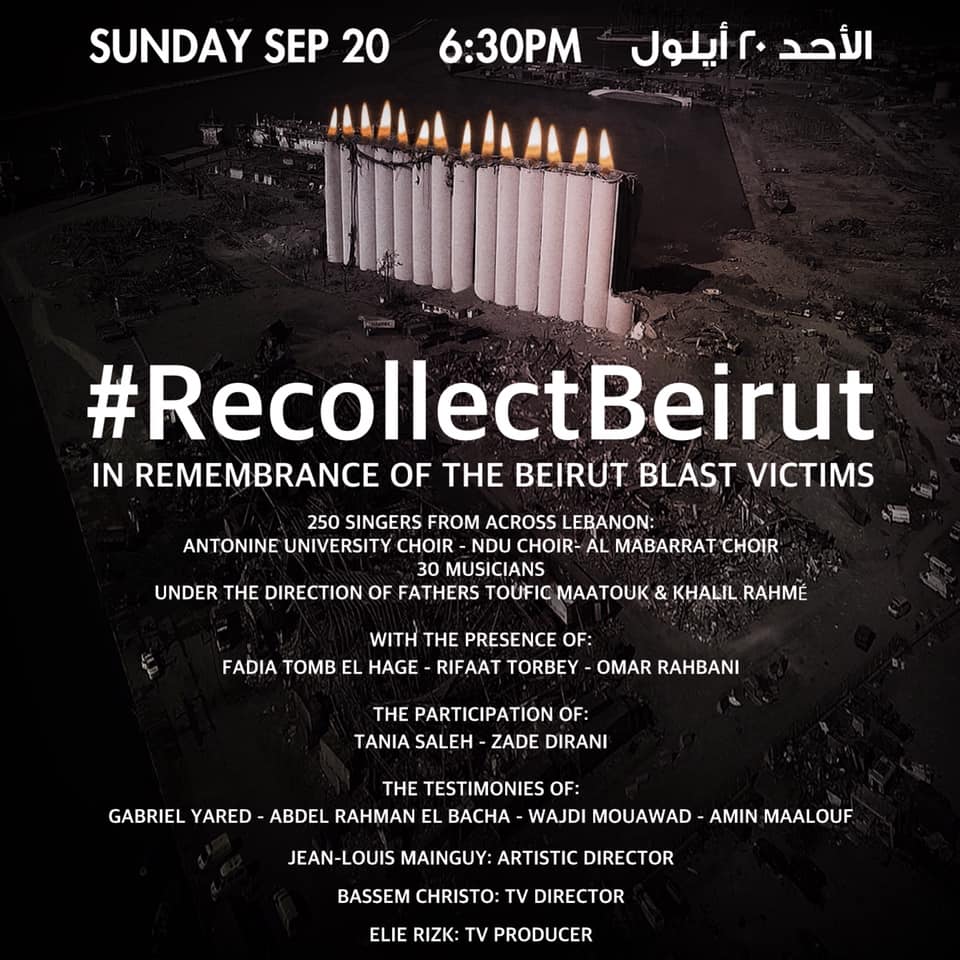 The live broadcast on Sunday September 20 was transmitted via all local Lebanese TV channels and other international outlets as well as YouTube.

The live hour of remembrance through texts and music was “a ceremony of peace and hope to honor the memory of our lost and loved,” the organizers announced.

Renowned French Lebanese author Amin Maalouf said at the beginning of his prayer:

“From Beirut, the wounded capital,

A prayer to Heaven,

No matter what language we pray to Him in,

Whatever name you call upon Him ... " 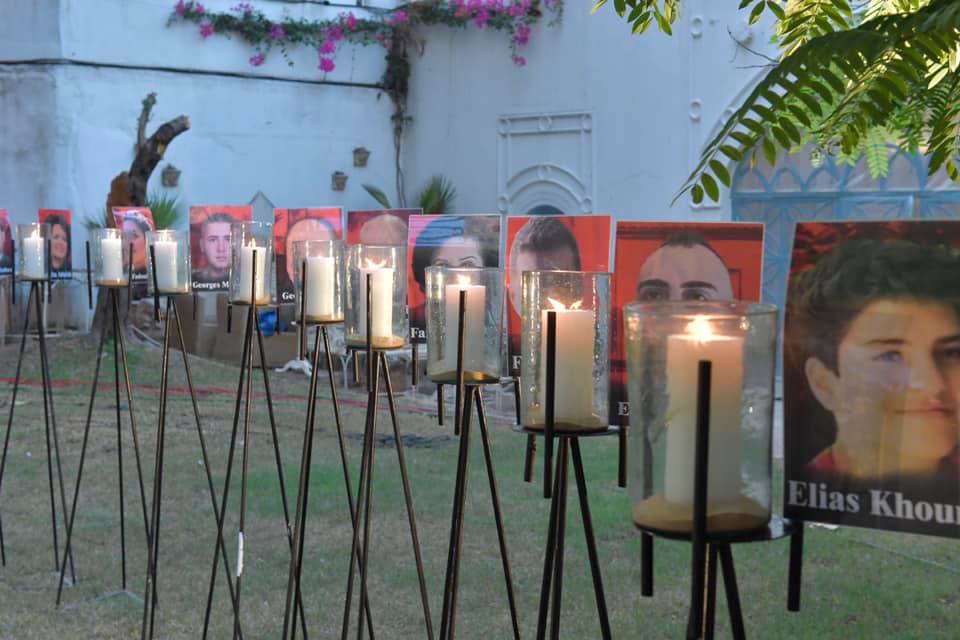 The tribute concert was planned to take place 40 days after the August 4th tragedy but was postponed due to the sudden fire that erupted in Beirut last week.

According to the organizers, “the wound is still gaping, the pain is deep, the anger is immense and our hearts are shattered. In remembrance of that day, citizens have joined forces to honor the victims of the Beirut blast.”